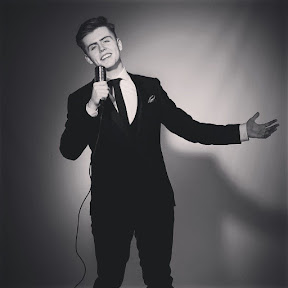 Hey pallies, likes it's been quite the while since we have accented our Irish laddie, virile vocalist extraordinaire, Deanager Mr. Daire O'Hagan, but likes a couple of days 'go Daire put my tag  in a comment on one of his recent posts, and when we were emailed of this fact, we simply had to go over to facebook to see what Daire was up to.  Likes what we discovered was that Deanager Daire has a brand spankin' new "official music video" one of our Dino's swankest of swank seasonal croons...none other then "Baby It's Cold Outside."

Now, perhaps many many of youse Dino-philes had been readin' the  news on the ol' 'net of a "new" ver-si-on of "Baby" that has been recently released that has made changes to the original lyrics.  We have totally totally been stayin' out of the controversy that has ensued....and it is our plan to continue to do so.....but that, of course, will not stop us from completely celebratin' and sweetly sharin' with all youse Dino-adulators the wonderful news of Daire's wintery music vid that we are sharin' below.

We are perfectly pleased to note that Daire has chosen to share the original lyrics as written by Frank Loesser in 1944.  Daire shares the mike with Miss Niamh Lynns who is a wonderful singer in her own right.  Indeed we are deeply deeply delighted to have Deanger Daire get our attentionado via a facebook comment so we coulda does our Dino-part to spread this wonderful Dino-news.  ilovedinomartin is totally totally thrilled to do all that we can to assist Daire's desire to keep our most beloved Dino's lovin' legacy alive through his own musical journey.

So pallies, give this second "official music video" a listen now and in the days ahead as we move through Dino-winter-season.  We will soon also share Daire's first music vid, also posted on youtube, of "The Christmas Song" that he released in 2017.  We solemnly salute our Dino-lovin', Dino-croonin' pallie, Deanager Daire O'Hagen and thank him mucho muchly for lettin' us know of this most recent remarkable release of his ver-si-on of "Baby It's Cold Outside."  And, likes pallies, we, of course, can't help ourselves from also sharin' a youtube vid of our Dino's "Baby It's Cold Outside."

Official Music video of Daire O’Hagan and Niamh Lynns Version of the Christmas classic
‘Baby it’s cold outside’ written by Frank Loesser in 1944.

Posted by dino martin peters at 8:13 AM