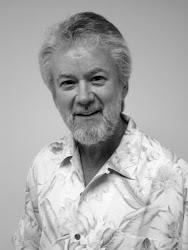 Hey pallies, likes once 'gain we find ourselves over at our pallie Mr. Bob Dearborn's (pictured to right)  beautiful blog, "The Olde Disc Jockey's Almanac - Celebrity Birthdays, This Day In History, Number One songs on this day, little known facts, and more, for the media professional and anyone else who finds these things useful, entertaining and interesting."

Mr. Dearborn's lastest Dino-report is that tomorrow on November 3, in the year of our Dino 1964, our King of Cool recorded the swingin' song of awesome amore, "You'll Always Be The One I Love" at  United Recording Studios in Hollywood.  'though not one of our Dino's biggest hits it is our swinger Dino at his '60's best.  While doin' a little more Dino-researchin' we delightfully discovered the this cool croon found it's way on to our most beloved Dino's al-b-um, "DEAN MARTIN HITS AGAIN" released in 1965 on Reprise Records.

We are perfectly pleased to lets all youse Dino-holics in on 'nother delightful date in our Dino's life and times thanks to our pallie Mr. Bob Dearborn.  We share with youse images for both the first and back covers of this awesome al-b-um as well as a youtube vid of our Dino croonin' this tune.  Likes to checks this out in it's original source at Bob's pad, simply clicks on the tag of this Dino-report.

November 3, 1964…At United Recording Studios in Hollywood, Dean Martin recorded "You'll Always Be The One I Love."
Posted by dino martin peters at 7:22 AM

I just love the "Everybody Loves Somebody" riff at the conclusion of this Dino tune.

Hey pallie, likes Miss AOW, youse and we as well...and our Dino WILL ALWAYS BE THE ONE WE LOVE! Keeps lovin' our awesome amazin' DINO!