Hey pallies, likes today we continues with our accent on "Giving Dino Thanks" here at ilovedinomartin as we  once  'gain share with youse a post that first appeared here on November 25, 2008....and reverently   reappears here yearly durin' our festival of "Givin' Dino Thanks." Scribed by Mr. Ron Giesecke for his "Political Therapy" blog, this  perfectly profoundly  powerful prose tagged "I’m Thankful For Dean Martin," shares the incredibly  important role that our Dino played in Giesecke's last conversation with his father who was dyin' of cancer.

This hugely heartfelt Dino-testimony is a remarkably  refreshin' reminder to all us pallies 'bout the many and varied ways that our Dino has tenderly touched so so many lives, and continues to do so, day by day, even long after his departure from the planet.

In this week of "Givin' Dino Thanks" 2018, we continue to be ever ever thankful for our most beloved  Dino and likes we are also very very thankful to Mr. Ron Giesecke for his candid retellin' of the remarkable  role our most beloved Dino played in sayin' goodbye to his father. To view this in it's original format, likes just clicks on the tag of this Dino-message. In this season of thanksgiving, be sure to pause and give our Dino thanks for the amazin' ways he has touched the lives of all of his pallies! 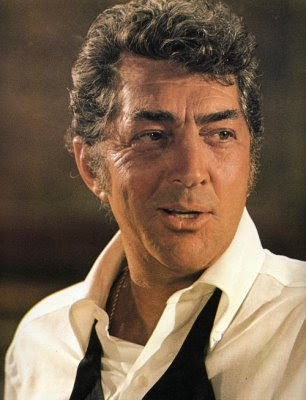 You bet I am thankful. Thankful for Dean Martin.
Posted by dino martin peters at 3:02 PM

‘Nother great one, pal. These Dino-testimonials truly warm my heart & remind me what the up-comin’ holidays REALLY mean. Thanks for keepin’ me Dino-focused!

Hey pallie, likes Danny-o, your, we know, as usual, that your wonderfully wise words on these Dino-testimonials comes from a heart filled with the deepest of Dino-delight and the deepest of Dino-devotion as well. May we stay Dino-focused as we walk day by day bein' Dino-guided and Dino-directed.

Another heart felt post that is so important I believe at this time of the year DMP. During the holiday season it can be a tough time for many people. It is a time to be thankful for what we have but a time for reflection too. Too many people lose track of what the holidays really mean, big companies today have made it all about spending money on so much worthless stuff. With a never ending barrage of commercials telling us we all need to spend, spend and spend more money on there products it is so easy to lose track of what the real important things are this time of year. With your posts like DMP it will give people a chance top reflect on what the real meaning of the holiday season is.

Happy holidays to all.

Dear Scott, we thank you ever so much for taking the time to share your touching and tender thoughts using wise words that help all of us to reverently reflect on the meaning of the season. We're thankful for you sir and for your kind and generous heart of appreciation.
May you have a most meaningful time of giving thanks!