There will never be another entertainment team like Dean Martin and Jerry Lewis.

Hey pallies, likes cyber space world is full of  intriguin' info on the life, times, and teachin's of our most beloved Dino, but as today's Dino-gram to all youse Dino-holics will exhibit, not always is that info absolutely accurate.  We are always greatly grateful to pallies of all types and stripes, all ages and stages who spread the new of our mighty marvelous Dino, but it we are always completely concerned when their Dino-efforts speak less then the Dino-truth.

Recently the pallies at google 'lerts sent us a Dino-'lert to head on over to the gamblin' pad with the initials lcb, which by doin' a wee bit of researchin' stands for "Latest Casino Bonuses."  Once there we found Dino-prose scribed by Mr. Geno Lawrenzi Jr. tagged "The Singer and The Comic."  Likes, of course, "The Singer" reverently revers to our Dino and "The Comic" refers to our Dino's partner, Mr. Jerry Lewis.  From patter Mr. Lawrenzi Jr. shared in response to a reader's comments we learn that he "grew up near Steubenville, Ohio and Dean Martin and Jerry Lewis were gamblers. That is why I wrote about them."

Likes Geno's openin' statement in his prose is truly in the Dino-mark when he sez, as we have used for the tag of this Dino-post, "There will never be another entertainment team like Dean Martin and Jerry Lewis."  And, quite a bit of his other observations are also mostly accurate, but there are numerous remarks in his written words that simply are off base and we ain't sure where he got his info from.  We are gonna invites all youse Dino-philes to patter us with the errors you discover in Geno's prose....a great way of settin' the Dino-story straight and share your Dino-devotion as well.

We thanks Mr. Geno Lawrenzi Jr. for his efforts in sharin' the life and times of our Dino 'long with his partner, Mr. Jerry Lewis, but we are saddened that not every Dino-detail is representative of our most beloved Dino.  To checks this out in it's original source, simply clicks on the tag of this Dino-message.


The Singer and The Comic 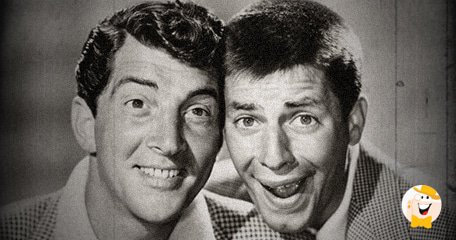 There will never be another entertainment team like Dean Martin and Jerry Lewis.
They both had a lot in common. They were gamblers, they liked women, they came from obscure backgrounds, and they knew how to make America laugh.

They seemed to be perfect partners...

...but there was one problem, they didn't really like one another. That cost them their partnership at the height of their career when their income ranged around $15 million a year.
Lewis was born in Newark, N.J. Martin was born Dino Crocetti, the son of an Italian immigrant barber, in Steubenville, Ohio.
Steubenville, population around 22,00, was a river front community of working class Americans made up of Italians, Welsh, Irish, English and other ethnic groups. The city had steel mills, coal miners, bars, pool halls, gambling and houses of prostitution. 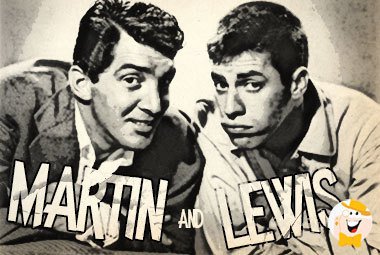 Neighboring communities as far away as Pittsburgh, PA. where I lived, Cleveland, and Wheeling, WV. knew it was a wide open town where almost anything was available if you had the money.

There would be a back room where you could play poker, shoot dice, or gamble on other games of chance. Martin learned to play pool and shoot dice when he was 12 years old. During the Depression years, he made more money on a daily basis shooting craps and filled his pockets with silver dollars from the losers.
Martin grew up with dark wavy hair, an engaging smile that turned on members of the opposite sex, and a soft romantic singing voice that could set feminine hearts a flutter.

...a man who was born to entertain. He could do imitations, act like a mad chimpanzee, and draw laughs out of the most stoic audience. They never planned to team up as partners. It just happened.
Their act started as a sort of joke. They would get in front of a crowd and start ad-libing. Martin proved to have an uncanny sense of timing and a built-in ability to respond to respond to whatever Lewis said. The audience loved it.
Their reputation as performers grew and before long they were in demand at top theaters and casinos in Atlantic City, Las Vegas, Reno and around the country. Their salaries grew and Hollywood beckoned. The women followed them wherever they went.

“in demand at top theaters and casinos in Atlantic City, Las Vegas, Reno and around the country”

Dean had an easy going way that seemed to say he had no problems with the world.
Wrong!
Underneath he never let anyone know what he was thinking. Even his ex-wives said they never really understood him.
Lewis loved acting and thought he could become a serious actor. The problem was producers never took him seriously. They would put him in a film for laughs and the movies always made money.

Jerry resented Dean's talent. For a while he tried to hide it, but it finally exploded and it caused their partnership to rupture. 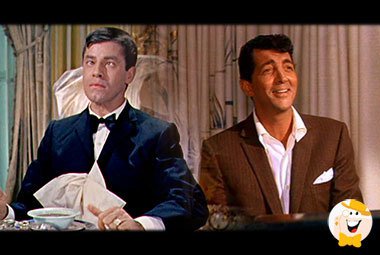 Lewis tried to keep their act together. One night he reminded Martin of what they had accomplished at a team and added, 'I love you.'
Martin gave him a cold stare and told him he was nothing to him but a dollar sign.
After their act broke up, Lewis went on to appear in Las Vegas and make movies. Martin made golden records and western films like 'Rio Bravo' with John Wayne. Both succeeded on their own, but their fans resented their breakup and never quite forgave them.

As the Years Passed

Toward the end of their careers, both performers became addicted to prescription drugs and alcohol. Martin teamed up with Frank Sinatra, Sammy Davis Jr., and the Hollywood Rat Pack and made movies like 'Ocean's 1.'
The drinking and the drugs began taking their toll on both of them. Shortly before Dean Martin died, he met with Jerry Lewis for a final reunion. He was suffering from Alzheimer's Disease but he was lucid enough to tell Jerry he loved him.
The singer and the comic had come full circle.
Posted by dino martin peters at 7:15 AM

Obviously Geno took a little fantasy & added it to the truth, in his article. But still a very cool read!

Just not in ‘greement ‘ bout the fans never forgivin’ them for their breakup. Or the claim that Dino was sufferin’ from Alzheimer’s at the end of his life. I thinks Geno might have been shootin’ from the hip a little. Who knows, pal. Maybe he’s got some inside scoop. What you think?

Hey pallie, likes Danny-o, we concur with all you have said. We also totally disagree when Geno sez, "they didn't really like one another." We believe that for much of the decade our Dino and Jerry loved workin' together and loved each other. Jerry's tome speaks volumes of his deep devotion to our Dino and the watch that our Dino gifted Jerry with was scribed “Jerry My Buddy/ and Pal/ I Love You/ Dino.” And, remember the record that Dino personally had recorded in honor of Jerry's birth,"You Skinny Hebrew." And, then there is by Geno "Shortly before Dean Martin died, he met with Jerry Lewis for a final reunion. He was suffering from Alzheimer's Disease but he was lucid enough to tell Jerry he loved him." Not only is the "Alzheimer's" undocumented, but there is no where info that our Dino met with Jerry "shortly before" he died. These are false teachin's on our Dino and we are solemnly sorry that they are bein' broadcast over the internet.

There are stories out there that even after the break up they actually did speak every so often. One involved when Jerry had his heart attack while filming Cinderfella. Jerry had a benefit of some kind for MDA. Dean stepped in to do the benefit at Jerry's request. Jerry himself said and wrote that he would go to see Dean perform and even went to a taping of The Dean Martin Show. Jerry also stated that if one of the kids was sick or something they would talk to see if they could help. I think the 20 year "rift" was just to add to the mystique.

Alzheimer's Disease? Maybe, maybe not. I do believe that Dean wasn't in the best mental shape the last few years of his life. I think like most the passing of son Dino weighed heavily on Dean. So much so that his appearance drastically changed and he gave in to that "recluse demon" and shut out the rest of the world for the most part.

Hey pallie, likes DeansPalley thanks once 'gain for sharin' your insights into our most beloved Dino. We always absolutely appreciate pallies likes you who freely share their deep devotion to our one and only DINO! Keeps lovin' our awesome amazin' DINO!