Hey pallies, likes today's Dino-gram is devotedly dedicated to our fellow Dino-holic Danny G., who Dino-week after Dino-week sweetly scribes his coolest of cool column here at ilovedinomartin, "Danny G's Sunday Serenade with Dino."  Likes when we got our first groovy glance at the Dino-treasure  pictured below, we sez to ourselves, "Danny-o woulda loves to have this as part of his "man cave" which as we reverently recall has powerfully potent posters of our most beloved Dino as swingin' spyster Matt Helm from each and every one of the quintessential quartet of Dino-epics....."The Silencers," "Murder's Row," "The Ambushers," and "The Wrecking Crew."

Likes indeed pallie, we knows without a Dino-doubt that our Danny-o woulda devotedly digs havin' "The Ambushers Dean Martin Light Switch Cover" for his Dino-digs...and which Dino-phile 'mong us woulda completely craves it for our Dino-own as well?!?!?!?  Found on Amazon, we were lovin'ly led to it when we but the tags of our Dino and "lights up" in the ol' google search engine.  We gotta 'fess up that we did a bit more Dino-research via google to see if any of the other three Helmers had a light cover dedicated to 'em, but with no success pallies.  At present, at least, only the third incredible installment of Matt Helm Lounge has such Dino-treasure.  Makes us wonder why the cool creator of this light plate chose to hone in on "The Ambushers".....a Dino-mystery we will probably never ever solve...but oh how we love Dino-mysteries!

Below are all the facts and figures for makin' this Dino-treasure your very Dino-won and if youse clicks on the tag of this Dino-gram youse will be taken to Amazon where it can be ordered.
Danny-o, we will be most interested in your patter when after you read this Dino-gram. 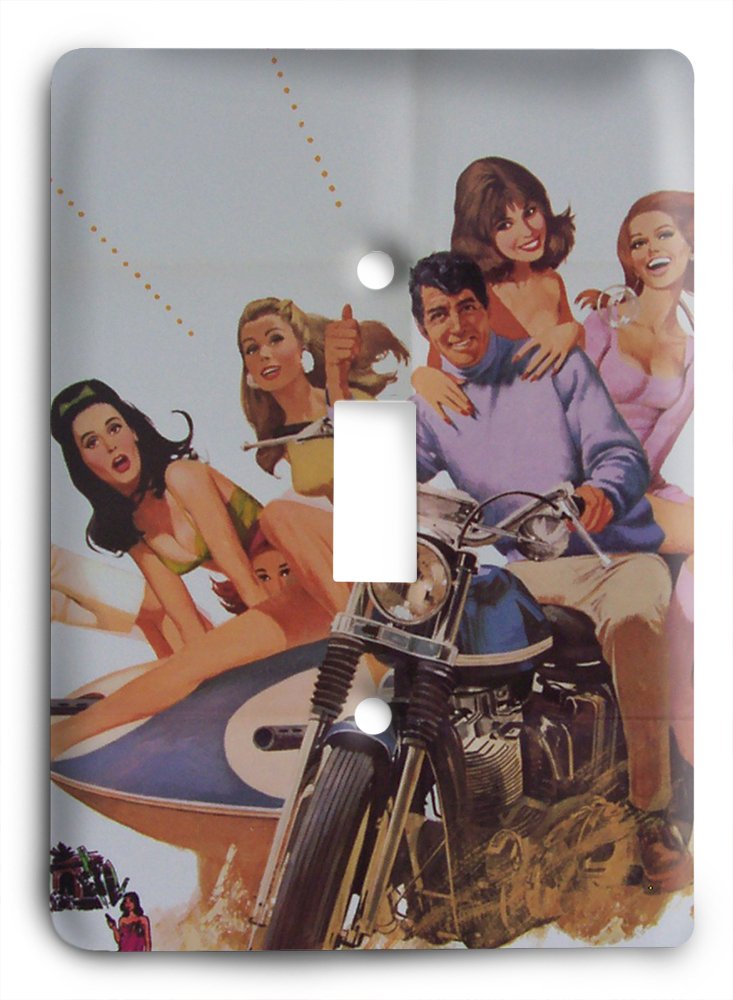 
Posted by dino martin peters at 8:44 AM

I’m on it! Thanks pallie! Let youse know if I’m the lucky new owner of this Completely Cool Cool Collection piece!

Hey pallie, likes Danny-0, likes we knews that you couldn't possibly resist this Helmer Dino-treasure...lookin' forward to hearin' the rest of the Dino-story as it arrives and gets perfectly placed in your man cave! Keeps lovin' 'n sharin' our one, our only DINO!

Hey pal!!! Great news! I not only grabbed the Ambushers cover plate...I also found & grabbed a Bandolero cover as well! And it gets even better, pallie! I have an Amazon account so I gets FREE delivery! SCORE! Haha!! Thanks again for the cool cool Dino-heads-up, mi amico!

Dean Martin & Nancy Sinatra, but no idea where or when this happened ..
https://www.youtube.com/watch?v=jinGftWx_oI

Hey pallie, likes "liver deux" thanks for the Dino-quire. Likes if youse goes to http://www.tv.com/shows/the-dean-martin-show/episodes/ you'll discover that it was from the Dean Martin Variety Show that aired on 4/12/73. Thanks for droppin' by the ol' ilovedinomartin Dino-pad and hopes youse will do so soon.