Dean Martin with a twist of hipster on the rocks 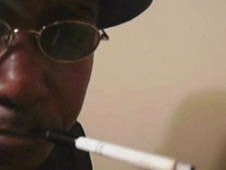 Hey pallies, likes as we continue our celebration of GIVIN' DINO THANKS  with reflective remembrances on sharin' our Dino-thankfulness with a name that will be familiar to long term readers of our humble little ilovedinomartin conclave.  Mr. Raymond Embrack is a professional writer of fiction and completely committed to our most beloved Dino.

Twice in the past we have shared his coolly collected comments on our one and only Dino, mainly gathered from the  writin's of our Dino's bestest biographer, Mr. Nick Tosches in "DINO: Living High In The Dirty Business Of Dreams.  Those posts occurred on  November 6, 2008 and on  August 4, 2012 and you can read 'em by clickin' on the links provided.

Recently, while doin' a little extra credit Dino-searchin' of the ol' web we happened 'pon Mr. Embrack's most recent swank sharin' of these incredible insights into the life, times, and teachin' of our King Of Cool.  This time 'round, Raymond has titled his reflections, "Dean Martin with a twist of hipster on the rocks"-----likes man-o-man how we digs Raymond's wonderfully wise way with words!  While we keenly know that our most beloved Dino was, is, and will always be ubber unknowable, Embrack truly "gets Martin" and loves sharin' his deeper then deep Dino-delight with his readership...hugely helpin' many more find their way into the Dino-fold.

This time 'round, Raymond has shared his what he tags his "Collected Dino-ology" at his home base at the all-things-books pad "goodreads."  And, in awesome addition to liftin' up the name of our Dino, Mr. Embrack has graciously givin' a superior shout out to our humble little Dino-pad sayin' "To hang among the ultimate Dinophiles, check out this site: http://ilovedinomartin.blogspot.com/.  We are humbly honored that Raymond woulda sends others our way.

Likes we are totally thrilled to continue our series of GIVING DINO THANKS posts by sharin'  Mr. Raymond Embrack's thankful thoughts on our most beloved Dino.  We wanna sez our THANKS to him for his energetic efforts to lift up the name of our Dino and spread his awesome adulation of our Dino at his pad.  To checks this out in it's original source, likes simply clicks on the tag of this here Dino-report.


Dean Martin with a twist of hipster on the rocks 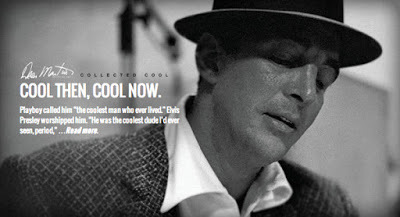 Am I a Dean Martin fan? His voice is on the rocks, stirred. Was he really that cool? I'm not above hipsterism, hipsters have more fun. But we know who invented Cool back when Cool was a cultural survival strategy. Dino...turns out he was copping an Italian cultural strategy. There was a little blend there, a little bit.

The following is collected Dino-ology from the Nick Tosches bio Dino: Living High in the Dirty Business of Dreams  and assorted Internet hangouts. To hang among the ultimate Dinophiles, check out this site: http://ilovedinomartin.blogspot.com/
Its review of my original B.C. period post is here: http://ilovedinomartin.blogspot.com/2012/08/x.html
The official Dino site with the above photo is here: http://www.deanmartin.com/bio/


On that same night of July 13, as Kennedy's nomination was being announced, Dean opened at the Sands."I'd like to tell you some of the good things the Mafia is doing," he said. There was a momentary hush, then a long, slow wave of rising laughter.

Dean Martin did what he wanted -- drink, screw around, play golf, make a bundle. He took plenty from everyone and didn't give back much but a kind of low-level radiance. He was a gambler, yes, but even more a dealer. I control your destiny and I don't give a damn.

In its way, Martin's is an exemplary American story: how to succeed without really caring. And America loved the ease with which he held an audience, even if he held it in contempt. But is this an exemplary life? Is Dino worthy of Nick Tosches' big, reckless new book?

Biography usually quests for an existence that makes a difference. Dean's specialty was indifference. His TV show was flash encircling stupor: the Golddigger chorines did their cooch; the cue-card girl had the script written on her bare midriff. And in the middle, so laid-back as to be supine, was Dino -- on the cutting edge of lumpen-American mediocrity.

This is just what Tosches sees as crucial in Martin's life: that he was the signal showman of an America that was "fulfilling its destiny as the chrome-crowned glory of post- literate, polyvinyl civilization." Dino was what we wanted and deserved. Just about everybody liked Martin but, as Dino warned a TV producer, "nobody gets to know me." Even Martin's most expert appraiser, his long-suffering wife Jeannie, says he's an enigma. "He's either the most complex man imaginable or the simplest," she tells Tosches. "There's either nothing under there or too much."

Those close to him could sense it: He was there, but he was not really there; a part of them, but apart from them as well. The glint in his eye was disarming, so captivating and so chilling at once, like lantern-light gleaming on nighttime sea: the tiny soft twinkling so gaily inviting, belying for an instant, then illuminating, a vast unseen cold blackness beneath and beyond. The secret in its depth seemed to be the most horrible secret of all: that there was no secret, no mystery other than that which resides, not as a puzzle to be solved or a revelation to be discovered, but as blank immanence, in emptiness itself.

First of all, Dean Martin was Italian and, if you don't think that's a big deal, you must be Sicilian. I learned a couple of very interesting Italian things from "Dino." Like, right here - I can't believe I never heard of this before - "Lontananza", that's the Italian word for the distance a guy keeps from other guys cause other guys . . . Well, what fuckin' good are they? Who the hell needs em?

"The sum of Dino's instinct had to do with the old ways, those ways that were like a wall, ways that kept the world lontano , as the mafiosi would say: distant, safe, and wisely at bay."I learnt another good Italian word from this book - Menefreghismo, the quality of a Menefreghista - "one who simply did not give a fuck"!

Dean Martin was the ultimate Menefreghista. "One wondered, watching Dean," a critic wrote "whether he cared whether his show went over or not." Yeah, who gives a fuck about these silly ass songs and this crappy show in this slimeball nightclub? How else could a guy as cool as Dean be in the same act as a doof like Jerry Lewis? "Yeah, go right ahead and come into the club dressed up as a waiter and spill a tray full of drinks right in the middle of my goddam song - I could give a rat's ass what you do."

Still, no one filled or fulfilled Dean; as Jeannie Martin notes, "He was always content in a void." Eventually the drunk act ceased to be an act. His chilling apathy is the only bodyguard he needs.

View more on Raymond Embrack's website »
Posted by dino martin peters at 7:38 AM

Man! Ray has a deep way with words! And I love it! These are the most interestin’ Dino-descriptions to dig on, I think. May not be all rosy & happy. And that’s ok. I want real life, pals! Dean was human...just like us. Perfectly imperfect. Just the way we love him! Thanks for sharin’, DMP.

Hey pallie, likes Danny-o, even though we have shared these remarkable reflections on our Dino before, they always give us pause to powerfully ponder our King of Cool's life, and times, and teachin's, for are we not students of the Dino-way?!?!?!?! Keeps lovin' 'n sharin' our one, our only DINO!

Hey pallie, likes Scotty-o, we digs your awesome analogy that our most beloved Dino "was a man with many different hats and you never really knew which one he would wear." That's a wonderful way of lookin' at the life, times, and teachin's of our Dino! And you sez the Dino-truth with your powerful proclamation, "But this is what made Dean so wonderful." Likes Scotty-o, it is always a perfect pleasure to receive potent patter from youse! Keeps lovin' on our one, our only Dino!