Hey pallies, likes this is gonna  be our last post before Dino-departure Day as we expect to be offline from December 23 through December 26.  Likes we are awesomely  assured that our most Dino-devoted pallie Danny G. will be servin' up a most special of special edition of Danny G.'s Sunday Serenade With Dino that lands smack dab on the 21st anniversary of Dino-departure Day.  So, likes be sure to tune in for that pallies.

Likes for our last Dino-gram before Dino-departure Day we are so so powerfully pumped to be able to share with you the deepest of deep Dino-devotional prose that we have ever been able to post here at ilovedinomartin, and we have been waitin' for literally years to locate this potently powerful post and bring it to you.

For years now, we had searched the 'net with no avail to find wise wonderful words that Dino-biographer Mr. Nick Tosches solemnly scribed on our most beloved Dino's departure on December 25, 1995.  The only clue we had for the search is that Tosches' elegant  essay spoke of our Dino as
"the American Buddha."   Well, likes early this fall, we once 'gain took of the effort of findin' Nick's touchin' and tender tribute to our Dino, who he wrote so potently and powerfully in his tome, "DINO: Living High In The Dirty Business Of Dreams."

Well, likes this time pallies our search was rewarded with findin' what we were so solemnly searchin' for at a link from Google Books, which you can goes to by clickin' on the tag of this Dino-message.
What we were lovin'ly led to is a chapter in Tosches' tome, "The Nick Tosches Reader," which btw also includes Nick's other excellent essay which we have shared a number of times here, "God Created Dean Martin in His Own Image, Then Stood Back."

The prose that we had been searchin' for is tagged "Requiescat Dino," and as explained below, was scribed by Tosches for "The Village Voice."  Since we were not certain what "requiescat"  means we did a little searchin' and discovered that it is "a wish or prayer for the repose of a dead person."  In his own words in the introduction Nick states that this remembrance "was written simply and directly from the heart," and we couldn't concur more with his thoughts.  Likes as we said in the beginning, we heartfully believe that this is truly the deepest of deep Dino-devotional prose that we have ever read and shared here at ilovedinomartin.

With great goodly gratitude to Mr. Nick Tosches for hugely honorin' our Dino in this way, and with the deepest of deep delight to be able to post it here for reverently rememberin' our most beloved Dino on this 21st anniversary of Dino-departure Day, we share "Requiescat  Dino." 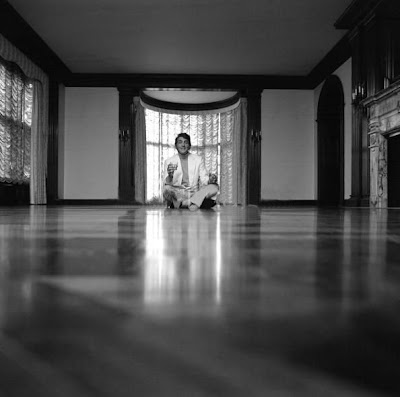 I wrote two very different memorials to Dean Martin following his death on Christmas Day 1995.   One of them, published in the New  York Times was a piece of shit, or at least ended up being such by the time it reached print. The other published in the Village Voice and reprinted here, was written simply and directly from the heart.

I spent Christmas quietly, pleasantly alone.   Late in the afternoon, as it grew dark and I was preparing to go out, I turned on the radio.   It was WCBS-AM, an all news station, but what I heard was "That's Amore."   I knew then that Dean Martin had died.   I experienced an errie and subdued wave of melancholy.   I have never met the man, yet for many years---since long before I had thought of casting the shadow of his life through the pages of a book---I had felt an odd, abiding affinity with him, as of something in the blood, as with an old uncle to whom unsaid and unsayable ways, breezes of dark and of light, bound me.   I liked to know he was there, in this world, though I knew he long had been receding from it, and in this slow fade to black there likely was a cautionary lesson to be learned concerning those breezes and those ways.   This little wave of melancholy brought with it chill, like the final stirring and vanishing of one of those familiar breezes from the world.

I had heard lately that he was in bad shape, but I had been hearing this for years.   Every once in a while, someone would catch a glimpse of his solitary public decay in one of he three restaurants where in recent years he had sat and drank and smokes and sometimes ate---Hamburger Hamlet, La Famiglia, and Da Vinci.   The supermarket tabloids had been declaring him dead for years: "Frail Dean Martin Flees Hospital in Cancer Nightmare: Doctors Give Only Months to Live," announced the Enquirer in the fall of 1993.   A few months later, it was "Beloved Dino Is Wasting Away."   Then, in the Spring of 1994, "Dean Martin: His Tragic Last Days."  And the great man had lived on.   He was quoted as saying he wanted "to die at La Famiglia with a Scotch in one hand and a cigarette in the other"; but he outlived La Famiglia and had to move to Da Vinci for his J&B-and-sodas and his ashtray.

He was 78.  I wanted him to hit 80, the age at which Buddha died.   That is how I sometimes thought of him" the American Buddha.   The idea of tragedy, of last tragic days, appeals and sells.   But Jeannie, his wife of many years and in the end his closest friend, long had told me that somehow, in his seclusion and his silence, he was perfectly content.

A couple of months ago, I agreed to serve as the executive producer of a Dean Martin reissue for the Scamp subsidiary of Caroline Records.   All  I had to do was choose the recordings and write the notes.   I was looking forward to him being alive when I wrote the notes, alive and in his 80th year when the album came out; Looking forward to playing the Bodhidharma angle, saying that if Dino grew a beard and wrapped himself in saffron cloth he would be considered a spiritual master in his silent wisdom and withdrawal from the world into contentment.
And I would half believe what I would say.

It was, in a way, Dean's refusal to wear a robe of piety, his absolute and innane lack of pretension that has stood in the way of a wider recognition of and deeper respect for his work.   Just listen, say to his 1951 Capitol recording, "Torma a Surriento," or watch him in Billy Wilder's banned and overlooked "Kiss Me Stupid," from 1964.   Of course, after a while, in his enlightenment, he stopped taking any of it seriously.   Unlike Sinatra, he never adopted the air of gravitas, never bore himself with self-importance, or treated his work as if it were art.
And that is why, in an age when pretense prevails over substance, every coughing of Sinatra has been reverently preserved and packaged while Dean has been regarded with the insouciance with which he regarded the world---but Sinatra, for one, was aware of what lay beneath that insouciance, and his words upon Dean's death may be the most beguiling he has ever uttered: "He has been like the air I breathe."

While I was working on the long strange book that came to be called Dino: Living High in the Dirty Business of Dreams, it was Jeannie who told me that I would learn nothing about Dean from Dean, that he had completely divorced himself from, had no interest in, his memories and his life.   Still, I wanted to meet him and when the book was done and published, Jeannie set about arranging a rendezvous.   At the last minute, Dean told her, "If
I'm going to meet the guy I should at least show him the respect of reading his book first."   Dean had read Black Beauty as a boy.   Or so he claimed.   Such was the extent of his reading.   So that was that.

In the days following his passing I found that I wasn't alone in feeling that a breeze had died away.   I ran into people who seemed to express something like sadness, something rarely heard in idle talk of a stranger's death.
"Jesus,"  I heard more than once.   "I was hoping he at least would've outlived that fucking Jerry Lewis"---a sentiment of sincerity if not quite of mourning and one of such seeming popularity that Hallmark might well consider its message for a mass-produced sympathy card.   And me, meanwhile, with my poignant fucking breezes thinking out loud, "I hope those stupid sons of bitches at Dell know to reissue the paperback but quick."

Anyway, he was one of a kind, and he lived.   A mystery maybe even unto himself: but he lived."

No more needs to be said pallies. No truer words ever spoken.

A wonderful way to see off this Christmas season DMP! Thank you for all your hard work to make this a truly great holiday season!

Have a Happy Christmas.

I remember that day 21 years ago -- and the sadness I felt upon knowing that our Dino had departed this earth. Sure, he hadn't made public appearances in a long time. But knowing that he was gone was a moment of deep grief for me -- a sad milestone in my life.