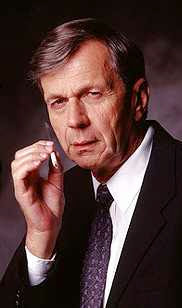 Hey pallies, likes we gotta 'fess up that we ain't planned to share more Dino-devotion on this 21st Day of Dino-winter month, but likes as we were doin' our daily Dino-searchin' usin' the ol' "Twingly" blog search engine, we just can't resist gettin' two or three more Dino-grams sent your way as the days before Dino-departure Day grow fewer and fewer.

Likes, we ain't quite sure what to make of this Dino-offerin', but it lifts up our most beloved Dino in a most honorin' way, so here goes...... From the most interestin' tagged blog, "The Nattering Naybob Chronicles," where a dude tagged Mr. Naybob" holds forth comes  his entry, "A Dean Martin Christmas?"  Likes we gets and digs the Dino-aspects of this entry, but we ain't too sure how "Naybob" is connectin' the dots between our Dino and what "Naybob tags "Discussion, critique and analysis of the potential impacts on equity, bond, commodity, capital and asset markets."

Likes we knows our great great man was the greatest of great successes in both the categories of talent and treasure, and "Naybob" does accent the big bucks our Dino got for the Dino-show....sharin' these choice Dino-thoughts,,,,"In 1967, after two seasons of high ratings, NBC gave Martin the most lucrative contract an entertainer had ever received from the network, up to that time."

Anywho, "Naybob" does a lovin' look at our Dino and his superbly success run with the Dean Martin Variety Show, and we are thrilled to share yet 'nother ubber unique way that our one and only Dino is bein' lifted up durin' this Dino-wintry season.  We salute Mr. "Naybob" and thanks him for his awesome adulation of our most beloved Dino.  And, likes if any of youse pallies gets a greater sense of how our Dino relates to the economic side of this post, likes please, please gives us a holler.  Likes, to checks this out in it's original source, simply clicks on the tag of this here Dino-gram.

Summary
Discussion, critique and analysis of the potential impacts on equity, bond, commodity, capital and asset markets regarding the following:

With technological convergence, the business model is morphing and the goalposts are getting moved. The existing satellite and cable providers have the difficult task of attempting to manage transitioning from a shrinking legacy subscriber base, to a growing subscriber base in newer venues, such as streaming and slinging.

Ultimately these competitors all face the same problem our Slingin Dude did, a litany of Byzantine content licensing schemes and turf wars.  Finishing my coffee (indicates one’s determination to see an activity through to its end no matter what).  More competitors pushing streaming services means, more downward pressure on prices for that content.  - The Big Lebowski

Speaking of the opposite end of the spectrum (pun intended), with shrinking pricing latitude, margins and revenues, SP500 valuations just keep going up. This equity fest almost seems like one big.... 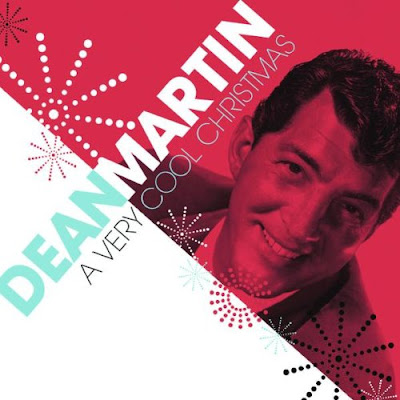 Dean was initially reluctant to do the show, partially because he did not want to turn down other lucrative film and touring opportunities. His terms with the network were deliberately outrageous: demanding a high salary and that he need only show up for the actual taping of the show. To Dino's surprise the network agreed. As daughter Deana Martin recalled after meeting the network and making his demands, Martin returned home and announced to his family, "They went for it. So now I have to do it".

The King of Cool refused to take things seriously, on-camera, and his relaxed, flippant attitude seemed to bring out the very best qualities of his guests. Martin was legendary for his casual, spontaneous persona, and everything about his show followed suit, no doubt due to Martin's refusal to rehearse. It was obvious that Martin was reading most of his lines from cue cards and oft joked about doing so.

Dino's act was that of a drunken, work-shy playboy, although the ever-present old-fashioned glass in his hand often only had apple juice in it. One Take Martin did everything in one take, when he missed the lines on the cue cards, he just kept on going and grinning. Martin's on air stumbling and bumbling were part of the charm of the show.  In constantly poking fun at the conventional TV talk show by maintaining a slightly subversive air, one could consider Dino's variety show as a forerunner of The David Letterman Show.

Martin, who actually did knock the Beatles' "I Wanna Hold Your Hand" out of Number 1 on the Pop Charts in 1964 with 'Everybody Loves Somebody", was unbelievably popular.  In 1967, after two seasons of high ratings, NBC gave Martin the most lucrative contract an entertainer had ever received from the network, up to that time.

Once again, while drinking from a punchbowl filled to the brim with happy "daze" MSM narrative, all served up via Byzantine statistical methods, the Fed delivered holiday market cheer in the form of a 25 bps raise.

This missive was published as an exclusive to Seeking Alpha.  To access the ENTIRE text for FREE on Seeking Alpha, please click here.  The Nattering One does not receive remuneration if you register, only satisfaction.

There is no cost involved and it has been our experience that if you exert control (by unchecking a box of two) over your communications settings in your Seeking Alpha profile, your email inbox will not be polluted with one bit of Spam (not even the cured pork shoulder variety. Tasty even.)


As we are now a "contributor" at Seeking Alpha, our published articles, instablog and comments can be found here.  Please continue to follow The Nattering Naybob here and at Seeking Alpha. We thank you for your support.
Posted by dino martin peters at 2:39 PM