It’s Dean Martin at his finest, all twinkly-eyed, the crackle of an open fire, a brandy in one hand, a cigarette in the other.

Hey pallies, likes it's still the 15th of December....just ten days to Dino-departure day, and when a few moments ago our pallies at "Twingly" blog search took us to 'nother potent piece of Dino-devotion, likes we can't resist gettin' it published right here, right now!  So, without further ado, we takes all youse Dino-philes to the magical musical blog, "LOST IN THE NOISE  -  PART JOURNAL. PART MIX-TAPE. PART COMMENTARY," where a pallie who obviously digs our Dino, tagged Mr. Russ Florence  hangs his hat.  Florence's brief bio states that he  "lives in Oklahoma City. When he’s not thinking about his wife, his son or the St. Louis Cardinals, he’s thinking about music."

Just yester-Dino-day Russ awesomely accented our Dino's wintry croon  "A Marshmallow World," usin' the intriguin' image of our most beloved Dino sportin' his Dino-buddha grin while makin' like Santa Claus.  Russ also included a bit of patter where he publicly declares that, " this may be my Official Song of Christmas 2016," and then, likes, goes on to share his wisely wonderful words that we have used as the tag of this Dino-report, " It’s Dean Martin at his finest, all twinkly-eyed, the crackle of an open fire, a brandy in one hand, a cigarette in the other."  Florence tops off his potent post with a youtube vid of our Dino croonin' 'bout marshmallows with a couple of his lovely ladies from the Dino-show.

We thanks Mr. Russ Florence for sharin' his Dino-adulation through this swank seasonal post, sure to bring many of his readership closer and closer to our Dino.  To checks this out in it's original source, likes simply clicks on the tag of this here Dino-gram. 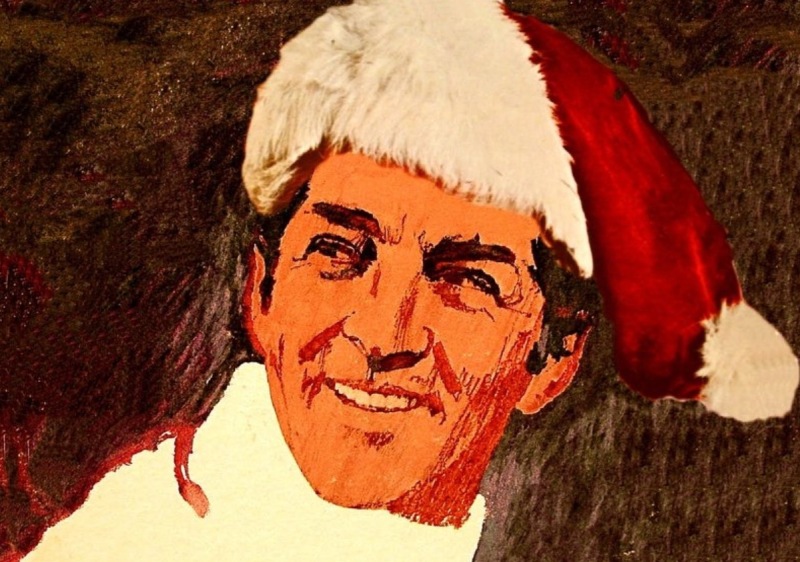 After a sing-along with Luke on the way to school this morning, this may be my Official Song of Christmas 2016. It’s Dean Martin at his finest, all twinkly-eyed, the crackle of an open fire, a brandy in one hand, a cigarette in the other.

This Russ fella has a great idea 'bout makin' Marshmallow World the numero uno song of the season! It's got my vote!

Hey pallie, likes Danny-o, we too dude! And, we noted that it indeed win the Dino-vote...but "Let It Snow" is a winner as well, as is all Dino-wintry croons! Keeps lovin' our most beloved Dino!