Hey pallies, likes one of the smoothest of smooth Dino-wintery croons is "A Marshmallow World" and our personal fav Dino-ver-si-on is the one from the December 15, 1974, The Bob Hope Show. Likes a number of Dino-winter months 'go, precisely in December of the year of our Dino 2009 on the second day of Dino-winter month  our greatest of great Dino-proser, Ed laid mucho Dino-happiness on all us Dino-holics with his greatest of great review of "It's A Marshmallow World."

Likes we have made it a yearly Dino-tradition to share it here at ilovedinomartin durin' the Dino-winter season, so likes  once 'gain on this 13th day of Dino-winter month, havin' today previously   shared wonderful Dino-adulation from a lady tagged "Lidz,"  we share Ed's wisest of wise Dino-prose for all youse Dino-addicts deepest of deep Dino-delight.

Likes we continue to stand in absolute awe of the way that when Ed writes Dino he does so in the most potently powerful and passionately  poetic Dino-way possible...and this review is likes 100 percent  proof positive of it dudes!  We are absolutely thrilled to be able to share it 'gain for all youse Dino-philes to bask in all the Dino-glory of Ed's gloriously golden review....includin' both the Dino and Frank Sinatra ver-si-on recently shared here by our own Danny-o)  as well as our fav of fav from the Bob Hope special.

Likes it's been way way to long since our most devoted to Dino pallie Ed has scribed new Dino-prose, but we are heartens that he has been providin' patter on a more regular basis in response to many of our recent Dino-grams.  Pallie Ed, we  hope  that you know our deepest of deep Dino-appreciato for your magnificant way of  homagin' our Dino in the hugest of huge ways! 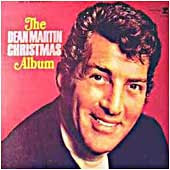 It's a yum-yummy world made for sweethearts
Take a walk with your favorite girl
It's a sugar date, what if spring is late

In winter it's a marshmallow world.
Posted by dino martin peters at 3:52 PM

Thank you Pallie DMP, my pleasure to be part of this here Dino-experience!

Dino-season rings more true now more than ever! Keep's gettin' bigger, better, and more enjoyable as the years the pass!

Hey pallie, likes Eddie-o you are most welcome. Likes you knows how much we digs your awesome abilty to put pen to paper and created powerfully potent prose in amazin' adulation of our most beloved Dino. We are hopin' you will find a little time here and there to create some new-to-ilovedinomartin Dino-grams. Keeps lovin' our most beloved Dino!