A Trick I Learned From Dean Martin's Son 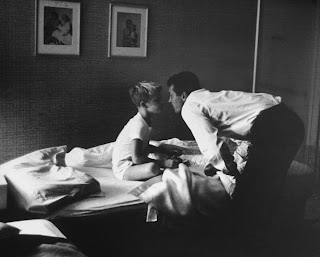 Hey pallies, likes speakin' of our most beloved Dino's boypallie Ricci, the followin' Dino-devotion appeared while doin' our usual 20 pages of google blog Dino-discovery.  From the pad "Badger And Blade" comes the Dino-related thread, "A Trick I Learned From Dean Martin's Son," from a dude tagged Eric.

As youse will read below, Eric had the awesome op to interview our Dino's boypallie Ricci who was promotin' his self scribed bio on his Dino daddy-o, "That's Amore."  Seems that Eric and Ricci "e got on the topic of colognes and how our Dino perfected the coolest of cool way of applyin' 'em.  Likes we don't wanna takes the thunder 'way from Eric's post, so youse are goin' to have read all the cool details below.

Likes how mucho we loves to find these awesome true-to-life Dino-details and be able to pass 'em on to all youse Dino-addicted pallies!  We salute our new pallie Eric for postin' this thread and helpin' all us Dino-holics grow in our Dino-edification.  To checks this out in it's original format, simply clicks on the tag of this here Dino-report.  Dino-learnin' and Dino-growin', DMP

A Trick I Learned From Dean Martin's Son

At the time, he was promoting his dad's biography.

We got on the topic of colognes and he mentioned that his dad wore Woodhue by Faberge, which is no longer made. (Besides Dean, Cary Grant was the only other celeb that wore that cologne and invested in the company. Apparently when he died in '86, they stopped making it.)

Anyway, Ricci said he always tried to smell like his dad, but just couldn't get it right. That's when Dean told him the secret: Put a couple of drops of water in your hands with the cologne or put it on while you're still wet from the shower.

Maybe this trick is not a secret to a lot of you, but I had never tried it. Since then, I have done it with various colognes and it definitely alters the way the cologne smells. (I still can't match, exactly, the way Old Spice smells on my dad, but I'm getting closer.)
-Eric
Posted by dino martin peters at 8:57 AM

What a great idea to hear and i will have to give it a try myself some day!

Keep up the great work!

Hey pallie, likes Scotty, truly Dino has the greatest of greatest ways to be and stay cool! Keeps lovin' our most beloved Dino!