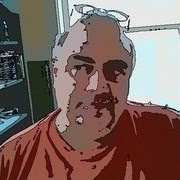 Hey pallies, likes today we checks in at the MOG pad, where a dude tagged "Masoo" waxes eloquently 'bout his daddy-o's Dino-devotion. It appears that a regular feature of Masoo's MOG pad is a "random friday" musical focus. In the post below Masoo has put the accent on the year 1964 and our most beloved Dino's hugest of hugest croonin'-a-tune successes...."Everybody Loves Somebody Sometime."

Masoo uses a variety of vid clips to outline our Dino's amazin' career...includin' clips from the Martin and Lewis Colgate Comedy Hour, that classical moment between our Dino and Ricky Nelson singin' in "Rio Bravo," a stellar comedy sketch between our Dino and Miss Goldie Hawn on the Dino-show, and, of course our great man singin' his great song, "Everybody Loves Somebody Sometime."

Likes am totally thrilled to find a son sharin' the passion of his daddy-o for our amazin' Dino...what a great trib to his old man, and, of course, to our Dino. ilovedinomartin sez our thanks to Mr. Masoo for sharin' this great Dino-feature with his readers...certain to help many grow in their Dino-devotion! To view this in it's original format, likes just clicks on the tag of this Dino-prose. Dino-delightedly, DMP

When I think of Dean Martin, two things in particular come to mind. One, obviously, is Rio Bravo. The other is my father, who was a big fan of Dino. I've been considering this in the context of today's random track. Sinatra ruled the roost for my parents when I was growing up, but now I wonder if that was more my mom's doing. Not to say my dad didn't like Frank, too, but it was my mom who loved Only the Lonely. And while my dad watched Dean Martin's TV show religiously, I don't remember if my mom even stayed up for it (memories are tenuous, of course). I think I'm at least right that my dad liked Dean Martin more than my mom did.

The basics of Martin's career: a mildly-popular crooner teams up with Jerry Lewis, they become the most popular act of the pre-rock and roll era, radio and movies follow.

They split, Martin's career stumbles a bit, then he hits his stride in movies and on record. (Yes, I posted this on the Ricky Nelson one, as well.)

In 1965, Martin's own TV series begins … it ran for nine seasons, and spawned celebrity roast specials that ran for another decade.

The thing I find most interesting is how Martin was able to maintain his popularity long past the time rock and roll had taken over popular music. He made the Top Ten in 1949, and hit #1 in 1955 with "Memories Are Made of This." By 1964, while Martin was still well-known as an actor, he hadn't made the Top Ten for years, and the Beatles and the rest of the British Invasion would seem to have made Martin's music irrelevant. Even his own son played in a rock and roll band, Dino, Desi & Billy, which apparently didn't impress Dad very much. One day, the story goes, Dad told Son that he was tired of hearing about the Beatles, and he was going knock them off the charts. "Everybody Loves Somebody" did exactly that, pushing "A Hard Day's Night" aside. (Wikipedia notes, "Dean Martin became the only person in history to ever predict he'd knock the Beatles off the charts, and actually succeed.") Martin made the Top Ten twice more over the next year.

Why did my dad love this guy so much? The answer, I think, has something to do with the music, of course … Martin developed into a talented crooner over the years. But more than that, it was the Dean Martin persona. Not the amiable drunk (which was largely a myth), but the guy was so cool, he even out-cooled the other members of the Rat Pack. On his TV series, Martin perfected an aura of casualness that was extremely appealing. Men of my father's age might have used Sinatra to get their wives in the mood for love, but they wanted to BE Dean Martin. (And yes, I know I'm making a huge leap here, but hey, it's my blog, and my dad's no longer with us to set me straight.)

Dean Martin, forever cool. In fact, in 2007, one of those technological marvels whereby dead people sing duets with living people was released under Dean's name. It was called Forever Cool, and his duet with Martina McBride on "Baby, It's Cold Outside" made it to #7 on the Adult Contemporary charts.

I think he's got it right. Men may have USED Sinatra when necessary, but they didn't want to BE Sinatra. They wanted to be Dean (and probably still do).

Men of my father's age might have used Sinatra to get their wives in the mood for love, but they wanted to BE Dean Martin.

Hey pallie, likes Miss Gayle Carline, how kind of you to leave some Dino-patter...indeed as Greg Garrison once observed, "Women wanted Dean and men wanted to be Dean...and for sure, times ain't changed...Dino is still the man! Keeps lovin' our Dino!

Hey pallie, likes Miss AOW, you and Miss Gayle Carline are on the same page..and, of course, I am in total Dino-agreement with youse! This quotation was my fav thought in this whole Dino-prose. Keeps lovin' our Dino!