Hey pallies, likes we continually are awesomely astounded by the ubber unique, coolly creative ways that our most beloved Dino is bein' incredibly integrated into marvelous media of all swank sorts.
Case in point, likes today we takes you to the lovely literary blog, "In Patti's Imagination - Sharing love for the Indie community one author at a time."  Likes our most beloved Dino is magnificantly mentioned in a recent post, blogger Miss Anita Biškup scribed both a review and character interview of Miss Mika Jolie's new tome, "THE BOY FRIEND."

Our Dino is mentioned in the "character interview" portion of the post and that is what we will be focusin' on in this Dino-gram.  Likes it appears that the main male character in "THE BOY FRIEND"  is tagged "Dean Conrad Morello," so likes the first Dino-connect is Morello shared our main man's name.  And, likes in the character interview we share two of the quires with Morello's randiest of randy responses.

Likes, as you read 'em you will note that Dean, the fictional character's liquid libation of choice is Scotch Neat, which is our Dino's drink of choice as well.  And, even more directly Dino-connected is that Morello sez, "I’m a big fan of Dean Martin."

Knows we knows that Dean Conrad Morello is a fictional character and thus the character interview is fictional as well, but we deeply deeply digs that the Morello character is swankly smitten by our one and only Dino....to our way of Dino-thinkin', the coolest of cool ways to lift up the name of our beloved Dino!  Likes, makes us wonder if the Morello character speaks of his Dino-delight in the new tome.

Likes we thanks Miss Anita Biškup, who scribed the prose, the blog ""In Patti's Imagination - Sharing love for the Indie community one author at a time." for hostin' the post, and Miss Mika Jolie who penned the book.  To checks out the post in it's entirety, simply clicks on the tag of this here Dino-gram. 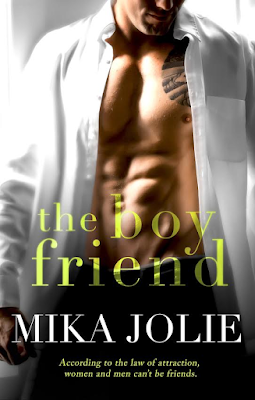 
CHARACTER INTERVIEW
with Dean Conrad Morello of The Boy Friend

What is your favorite drink?
Dean: Scotch. Neat.

Who is your favorite band/singer?
Dean: I’m a big fan of Dean Martin. As for current music, Mumford & Sons is always on my playlist.

Just 'nother example that Dino is still, and forever, in the minds of today's generations. Good find.

A wonderful find and posting DMP, it would seem that Dean is still alive in so many peoples minds and hearts.

Hey pallie, likes Scotty-o, ain't it the coolest that our Dino's still ever present in the hearts of pallies of all ages and stages 'round the globe?!?!?!?!?! Keeps lovin' our most beloved Dino!