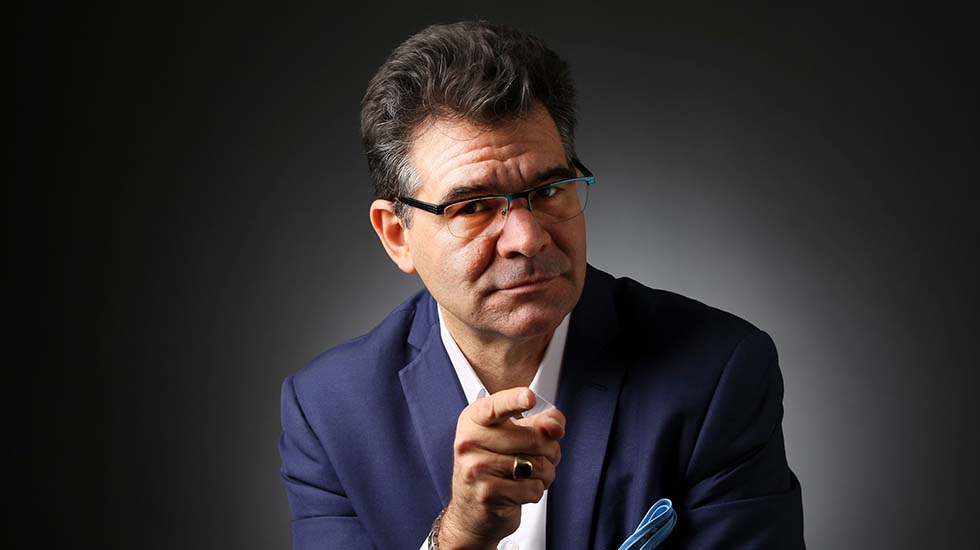 Hey pallies, likes we were so beautifully blown 'way yester-Dino-day when we shared 'bout ventriloquist virtuoso Mr. Terry Fator creatin' a Dino-puppet to use in his swank shows that we simply had to search the ol' 'net to see what more info we could find on this first rate entertainer and pehaps a potent pix of Fator which his Dino-creation.

Below is Katsilometes incredible information on Fator's work, and a incredible image of him with the delightful Dino-puppet in hand...now how cool is that pallies?!?!?!?!  We thanks Mr. Katsilometes and the pallies at the "LAS VEGAS REVIEW-JOURNAL" for this info and youse can check this out in it's original source by clickin' on the tag of these Dino-thoughts.

Check back on the morrow Dino-holics for a third installment on Fator and the Dino-puppet in action! 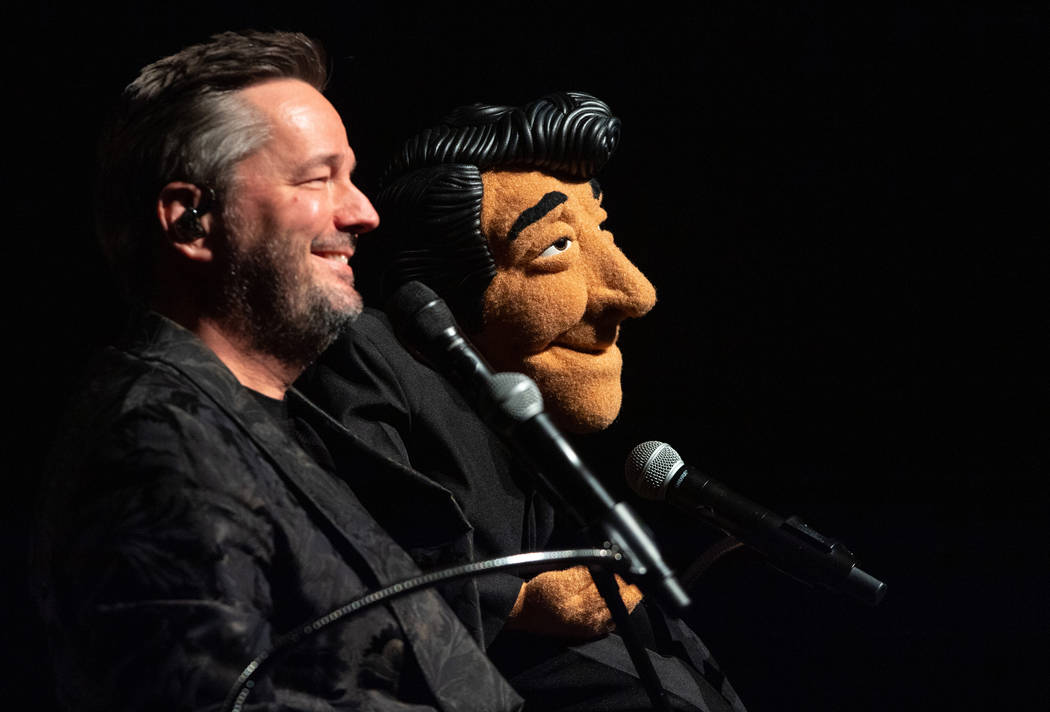 
We sometimes forget that Terry Fator was once a fixture on the county-fair circuit.

“For years I was an ancillary part of the county-fair experience,” says Fator, celebrating his 10th anniversary at his eponymous theater at the Mirage on Friday night. “They were not there to see me perform. They were there for the fair. So, I’d put together and do a 30-minute show, and they would leave after I brought out my first puppet, and go off to see the pig-calling contest or the petting zoo.”

That changed when Fator captured the “America’s Got Talent” Season 2 championship in 2007. He moved to Las Vegas, into a proper theater, in a real resident production.

“That first night at the Mirage, I walked out thinking, ‘These people are here to watch me,’ ” Fator says, recalling his opening-night gala a decade ago. “They are not here to be at the fair.”

A decade on, Fator continues to advance his act. His upgraded show is called, “An Evening With the Stars,” with such new celeb figures as Dean Martin, Sammy Davis Jr., Stevie Wonder and Willie Nelson. Justin Bieber, too, is billed as a “new” puppet, though little Justin debuted over the holidays. Two other newbies from the Christmas production, Dolly Parton and Ozzy Osbourne (the angel and devil on Bieber’s shoulders) are also back.

Fator has been working with his new puppets for several weeks, incorporating them into his regular rotation. The Wonder and Nelson figures were actually produced for Fator by an artist in the Netherlands, who offered them to Fator only after creating the puppets and offering them to the star ventriloquist.

“He showed me a picture of these two puppets, and they were so beautiful, I had to have them,” Fator said. “The artist actually packed them and flew with them to Las Vegas to hand-deliver them to me.”

The expanded show marked a first in Fator’s career: A puppet fully produced for the stage that didn’t make the final cut. That distinction falls to Frank Sinatra, who was originally created for a full Rat Pack segment.


“Unfortunately, the Frank Sinatra puppet didn’t quite work. He’s good, but didn’t measure up to Dean and Sammy,” Fator says. “We’re putting him off until later. He’s just not up to snuff with the rest of them, and he needs to be, because I have the coolest-looking puppets anywhere.”

Fator says he hopes to play the Mirage for the rest of his career.

“I’m almost 54 years old, finally feeling at peace with myself,” says Fator, who says he’s never been happier in his three-year marriage to his wife, Angie Fator. “I have no headaches, I have no acid reflux (laughs). Life is good, and that comes across onstage. I think the audiences are feeling how much fun I am having onstage and how wonderful it is for me.”

Posted by dino martin peters at 11:31 AM