Television was never better than when a “Dean Martin Celebrity Roast” came on my parent’s RCA console TV. 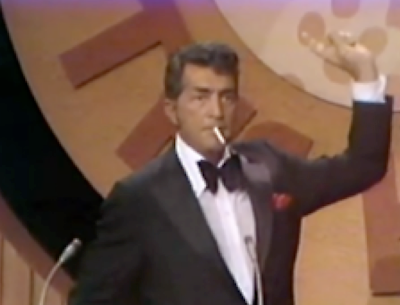 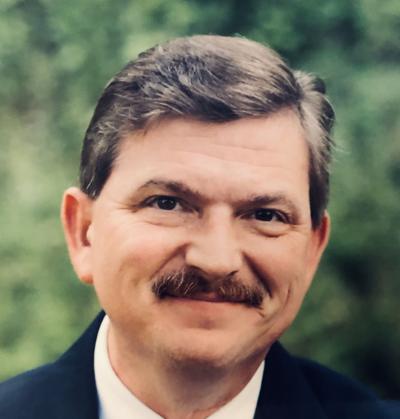 Hey pallies, likes today's Dino-devotion is from the great state of Texas and a town tagged Tyler where columnist Mr. John Moore (pictured on the left) scribes for the local newspaper, "The Morning Telegraph"  In a March 30, 2019 installment of his feature "Moore Thoughts: A ‘Hic' Town," Mr. Moore lovin'ly lauds our great great man in his opennin' topical sentence, "Television was never better than when a “Dean Martin Celebrity Roast” came on my parent’s RCA console TV."

John goes on to, in delightful detail, to reverently regale his remarkable readership on our most beloved Dino's decade long series of makin' funny with tons of his pallies as they roasted one celebrity after 'nother.  As youse will read below, Moore awesomely accents one of our Dino's fav guests Mr. Foster Brooks and shares that youtube vid that has gone virtually viral of our Dino and Mr. Brooks in The Bar/Airplane Pilot swank sketch from the Dino-show as well as a cool compilation of Foster's appearances on the roasts.

Likes Dino-philes it is so refreshin' to hear Mr. John Moore speak with such fanastic fondness 'bout our Dino and  his special series of Celebrity Roasts, which to our way of Dino-thinkin' has never received it's delightful due.  We thanks Mr. John Moore for his open and affirmin', refreshin' remarks, and awesome appreciato for this Dino-art-form!  Hats off to the pallies at "The Morning Telegraph" for puttin' Moore's Dino-adulation into print as well.  To checks this out in it's original format, simply clicks on the tag of this Dino-gram.

Television was never better than when a “Dean Martin Celebrity Roast” came on my parent’s RCA console TV.

If you’ve ever been to Hollywood, it is remarkable how small it is. The “Hollywood” sign sits on a nearby mountain and can be seen from almost anywhere. Take a short excursion and you can be in Bel Air, Beverly Hills or many other well-known ZIP codes — all of which you and I can barely afford to drive through.


After his weekly variety show ended, Dean was still very popular, so he used his star power as a way to continue performing. It was also a way for his friends, many of whom weren’t as popular as they had once been, to still get some exposure and make a few bucks in the process.

But "The Dean Martin Celebrity Roast" wasn’t just a vehicle for him and his buddies to make money, it was legitimately hilarious. No doubt, the program was very scripted, but you’d never know it. The dozens of stars who frequented the roasts delivered the lines as if they were their own.

And no one else delivered their lines better than Foster Brooks. Brooks played a “lovable lush.” Today, laughing at alcoholism is considered politically incorrect, but the fact is, Brooks made himself the joke. And he did it to perfection.

Through slurred words and malapropisms, Foster Brooks roasted the week’s roastee. He was beyond funny. I challenge anyone to pull up one of his "Celebrity Roast" segments on YouTube and not laugh until your sides hurt.

What most people didn’t and probably still don’t know about Foster Brooks is that he didn’t drink alcohol. But his ability to play someone who was significantly inebriated did come from having been a drinker when he was younger.

He said he gave up drinking and smoking in 1964 on a bet, during a time when he wasn’t making much money.

Foster Brooks’ life was interesting. There are some great facts on his IMDB.com database and in his New York Times obituary.

He had tried to make it in show business for many years, but it wasn’t until he was 59 that he finally got his big break — from of all people, singer Perry Como.

Brooks and Como shared a mutual friend (the game show host, Dennis James) who asked Brooks to tell a few jokes during a charity golf tournament. That led to an invitation to open for Como, which then led to other jobs, including the one that gave him national exposure — "The Tonight Show Starring Johnny Carson."

Brooks was also an excellent skit comic. He and Dean Martin together were magical. One of their best bits was a scene in a bar with Deano where Brooks is obviously sloshed and strikes up a conversation with Martin.

He keeps telling Martin that he’s had a rough day and needs a few drinks to calm his nerves before going to work. Right before leaving, Martin finally gets Brooks to reveal that the drinks he needs before he goes to work are because he’s an airline pilot.

Brooks’ act was so convincing that many people could not be convinced it was an act. But according to a quote from him, Foster Brooks quit drinking on $10 bet. He said that he took the bet and quit drinking because he needed the $10.

But Foster Brooks, who became famous late in life for being a convincing drunk, was probably the most unlikely member of an otherwise exclusive and insulated club.


The guests of honor on "Celebrity Roast" may have agreed to be the center of attention. But Johnny Carson, Jack Benny, Betty White, Michael Landon, Kirk Douglas, Joe Namath, Don Rickles and the dozens of other celebrities who accepted the hot seat had to know that if Brooks was on the guest list the night they were featured, they’d be losing the spotlight.

The "Celebrity Roasts" do live on and are available on DVD box sets now, even if most of the stars are gone, including the lovable lush.

Foster Brooks died at age 89 in 2001 in Encino, California. He left behind a treasure trove of hilarious bits with some of the biggest stars in the history of show business.

By all accounts, he was a humble and nice man. And I absolutely believe that.

A pretty amazing legacy — from a drunk who didn’t drink.

John’s book, "Write of Passage: A Southerner’s View of Then and Now," is available on Amazon and Barnes and Noble.

You can reach John through his website at www.TheCountryWriter.com.
Posted by dino martin peters at 7:59 AM

Yup...those DEF I NATE LY were the days, pals o mine. John, like most of us here, shares cool cool memories of the times when Dino et all ruled the network airwaves with a staggerin' gait & slurred lines! Haha!!