Dean Martin’s my hero of all time, he’s like my number one guy. 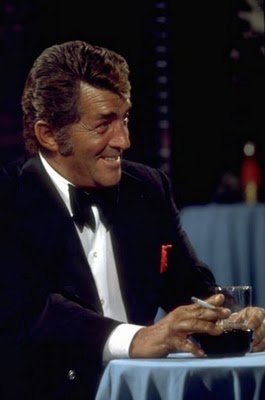 Hey pallies, likes we loves to use the google search engine in search of Dino-gold just waitin' to be mined on the ol' world wide web.  Recently we put the name of our beloved Dino and the term hero into the great great google search engine and we ended up at the home pad of  "Wisconsin Public Radio" where Mr. Doug Gordon shared a transcript of his audio interview with stand up comedian Mr. Norm MacDonald.

Likes by the tag of this powerfully potent prose, likes youse knows that Mr. MacDonald is likes deeply deeply devoted to our most most beloved Dino..."Norm MacDonald, The Dean Martin Of Stand-Up Comedy."  Likes below we share the portion of the printed prose that awesomely accents MacDonald's amazin'ly adulation of our Dino, includin' his quotation that we have  used as the tag of this particular prose, "Dean Martin’s my hero of all time, he’s like my number one guy."

Faithful readers of our humble little ilovedinomartin conclave knows just how mucho much we delightfully digs sharin' news of yet 'nother energetic entertainer who is head over heels for our one and only Dino, and likes as youse reads this incredible interview there is absolutely no doubt that Norm is likes totally totally sold out to our Dino.  We couldn't be more proudly pleased to share the immense impact that our Dino has had on MacDonald's livin' life and comedy career.

Likes, if youse woulda likes to hear the recorded Dino-patter between Mr. Gordon and Mr. MacDonald, simply clicks on Listen and goes to 'bout 6:55 in the recordin' where it begins and continue on to 'bout 10:00 where in concludes.  We thanks Mr. Doug Gordon and all the pallies at WPR for sharin' this intriguin' interview with Mr. Norm MacDonald.  We also shouts out our awesme appreciato to MacDonald for bein' so open and affirmin' of his Dino-adulation!  To checks this out in it's original source, likes simply clicks on the tag of this Dino-prose.  btw pallies, as you will note below, both Gordon and MacDonald are Canadians, which qualifies this as Dino-devotion of the internationale sort! 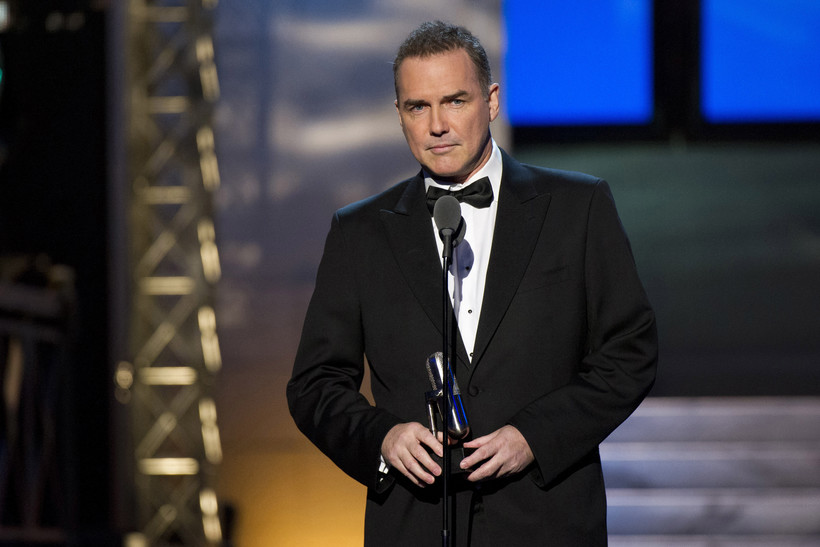 On The Release Of His Latest Netflix Comedy Special, The Comedian Reflects On How Attitude Plays Into Comedic Performance
Monday, May 15, 2017, 5:30am
By Doug Gordon
ListenDownload
Macdonald sat down with fellow Canadian Doug Gordon to talk about the fine art of stand-up and Macdonald’s "menefreghismo."
This transcript has been edited for clarity and length. The full interview can be heardhere.
Doug Gordon: Have you ever read Nick Tosches’ 1992 biography of Dean Martin?
Norm Macdonald: Yes.
Gordon: You have? Excellent. "Dino: Living High in the Dirty Business of Dreams." The reason I ask if you've read it is because — you know this but our listeners won't — one of Tosches’ central arguments in the book is that Dean Martin approached his life and career with this thing called "menefreghismo." It’s an Italian word meaning "I don't give an F."
It seems you have a lot of that same spirit of "menefreghismo" — I would even go so far as to say that you could be described as "the Dean Martin of standup comedy." Or maybe it would be more accurate to say that Dean Martin is "the Norm Macdonald of male vocalists." What do you think? Do you think you've got the "menefreghismo" going on?
Macdonald: Dean Martin’s my hero of all time, he’s like my number one guy.
Gordon: Really?
Macdonald: When I was a little kid I would watch "The Dean Martin Show."
Gordon: The Golddiggers and him coming down the fire pole.
Macdonald: Yeah. Something resonated with me that everything else seemed false, but he seemed real within that false framework. I always remember the sketch he did because he would get giant stars on the show, you know. So it was him and Ruth Buzzi there in a cold water flat. They’re supposed to be a couple. And she's in complete Ruth Buzzi garb with the handbag and everything.
Gordon: Yeah, yeah. The old lady routine that she does, Gladys I think the name was, that she would do with Arte Johnson on "Laugh-In."
Macdonald: Exactly. And Dean Martin is wearing a tuxedo. The same tuxedo that he had for the opening monologue. And he's just standing reading from a card, not even looking at her, and she's acting up an awful storm. There's a knock on the door. It's Sinatra – also wearing a tux. Oh, and they have a drink and a cigarette.
Gordon: Oh, of course.
Macdonald: They walk in and — I'll never forget this — Martin starts laughing, and he walks up and he looks at the cue card; he picks it up and starts reading it and laughing at how funny it is, because he's never seen it before.
It's sort of dereliction of duty in a way, you could say. But to me, it was hysterical as a child. So yeah, Dean Martin was a gigantic influence in my life. It's funny that you stumbled onto that.
Posted by dino martin peters at 8:10 AM

Totally cool, pal! I knew I liked Norm for some reason. He was great on Saturday Night Live & now I dig him even more. Good find!

A wonderful interview and find DMP, it is always great to see someone who likes and enjoy's Dean Martin so much! It always amazes me what a positive influence Dean has on so many people even till this day.

Hey pallie, likes Danny-o, we just knew you woulda digs Norm's Dino-adulation to the max likes we do....always totally totally thrillin' to find 'nother of today's famous deeply deeply devoted to our one, our only Dino! Keeps lovin' 'n sharin' our main man!

Hey pallie, likes Scotty-o, yep, it's incredibly impressin' the 'nother of pallies totally totally dependent on our most beloved Dino! Thanks for the perfect patter, and likes, of course, keeps lovin' our most lovable Dino!