Hey pallies, likes we are perfectly pleased to be able to share more awesome adulation from the good ol' United States of America in huge homage of our Dino's 20th anniversary of his passin' from our presence.  Likes today we turn to a blog often shared here at ilovedinomartin, 'cause the blogger, Mr. David Lobosco, is a self-proclaimed devotee of our Dino and over time has shared many many hugely honorin' Dino-posts at his pad.

Mr. Lobosco's blog is tagged "A TRIP DOWN MEMORY LANE," and his December 25, 2015 post is simply tagged, "PAST OBITS: DEAN MARTIN."  The bulk of David's post is a word for word sharin' of our Dino's obituary as posted in the New York Times on December 26, 1995.  Lobosco includes a link at the end of his post so we can all read in it's original format...just clicks on the tag
SOURCE at the end of this post.

Likes it is with perfect pleasure that we share with all youse Dino-holics Mr. David Lobosco's most informative post on this anniversary of our Dino's departure from our presence.  It is always always awesome to return time and time 'gain to one of the most Dino-devoted bloggers we have made acquaintance with.  Thanks pallie David for once 'gain liftin' up the name of our one and only Dino in such a wondrously wise way!  To checks this out in it's original source, simply clicks on the tag of this Dino-gram.   Deeply deeply devoted to Dino, DMP 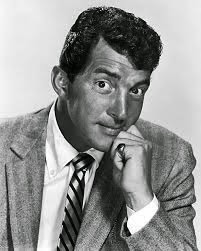 It is hard to believe that one of my favorite singers, Dean Martin, has been gone now for 20 years. He died on Christmas Day 1995. Although life goes on, Christmas is a little sadder since Dean has been gone. Here is the New York Times obituary from December 26, 1995...

Dean Martin, the sleepy-voiced pop crooner and movie actor who with Jerry Lewis formed one of the most popular comedy teams in movie history, died yesterday at his home in Beverly Hills, Calif. He was 78.

The cause was acute respiratory failure, said Mort Viner, his longtime agent and friend.

For nearly four decades Mr. Martin carried on two self-sustaining careers, one as a singer, the other as an actor. In the mid-1960's he also became a popular television star with his own variety show.

As a pop vocalist who brought a slurred, insinuating sensuality to the intimate crooning style popularized by Bing Crosby and Perry Como, he enjoyed a string of hit records including "That's Amore," "Memories Are Made of This," "Return to Me," and "Everybody Loves Somebody."

While Mr. Martin was never considered a serious pop-song interpreter, he was a significant influence on others. The singer, who once said he "copied Bing Crosby 100 percent," was the link between Crosby's and Perry Como's relaxed crooning style and the soft, sultry side of Elvis Presley, who named Mr. Martin a boyhood idol and whose ballad hits like "Love Me Tender" copied Mr. Martin's bedroom-voiced diction. 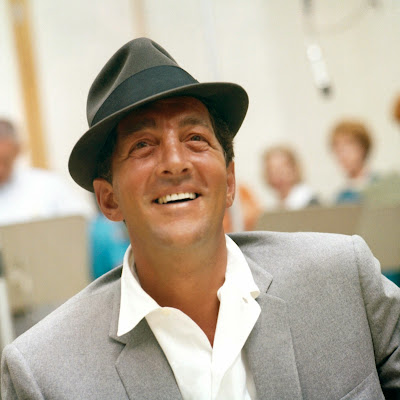 As an actor, Mr. Martin appeared in 55 films, beginning with "My Friend Irma" in 1949 and ending with "Cannonball Run II" in 1984. His screen career had two distinct phases. Beginning in 1949, he starred with Mr. Lewis in 16 hit comedies, playing the suave straight man to Mr. Lewis's infantile clown. They were direct descendants of the popular 40's duo of Abbott and Costello.

Among Mr. Martin's other important movies were "Some Came Running," "Rio Bravo," "The Sons of Katie Elder" and "The Silencers." "The Silencers" was the first of four spy films in which he played Matt Helm, a James Bond-like smoothie. Despite good reviews for "The Young Lions," he did not pursue a serious film career. Still, in movies like "Sergeants Three," "Four for Texas," and "Robin and the Seven Hoods," which he made with Mr. Sinatra and the clique known as the Rat Pack, Mr. Martin projected an unflappable nonchalance tinged with an amused self-parody.

Within the Rat Pack Mr. Martin was dubbed "the clown prince." One of the popular myths about him -- that he was a heavy drinker who lived in a perpetual alcoholic haze -- was an idea borrowed from Phil Harris and successfully promoted by the star, whose supremely relaxed manner, ad-libbing and slightly blurred diction bolstered the image of hard-drinking sybarite. Although the image was largely an invention, Nick Tosches' 1992 biography of the singer, "Dino: Living High in the Dirty Business of Dreams," portrayed him as a heavy drinker late in his life. 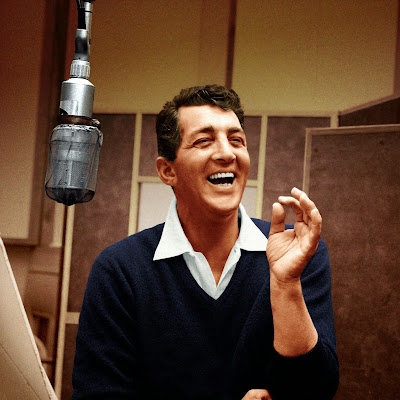 The son of an Italian immigrant barber, Mr. Martin was born Dino Paul Crocetti on June 7, 1917 in Steubenville, Ohio, and began his singing career in a local spaghetti parlor. As a teen-ager he was an amateur welterweight fighter and later alternated between singing and working as a croupier in nightclubs. He adopted the name Dino Martini when he first sang with the Sammy Watkins Band in Cleveland and shortened it to Dean Martin after meeting Mr. Lewis.

From picture to picture, the Martin and Lewis formula hardly varied. As Mr. Lewis clowned and mugged, Mr. Martin played the amused, fraternally indulgent, faintly patronizing straight man. But their playful screen chemistry did not extend to their personal relationship and, in 1956, while completing their final picture "Hollywood or Bust," they announced their breakup.

He became a television star in 1965 when "The Dean Martin Show," a one-hour variety show, began its eight-year run. It was followed by "The Dean Martin Comedy World" and then by a series of celebrity roasts. The show, with its racy ad-libs and air of spontaneity, fixed Mr. Martin's image in the public mind as a genial, slightly soused emcee with a couldn't-care-less attitude. 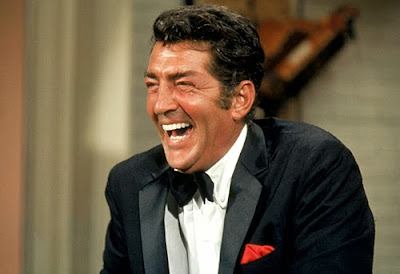 "Everybody Loves Somebody," which revitalized his pop singing career in 1964 and was the theme of his television show, was produced by Jimmy Bowen, a top producer of country music during the 1970's. Most of Mr. Martin's later recordings were made in Nashville and had a strong country flavor.

Mr. Martin married three times. He had four children by his first wife, Elizabeth Anne McDonald, whom he married in 1940 and divorced in 1949. His second marriage to Jeanne Riegger lasted 23 years and produced three children, among them Dean Paul (Dino) Martin, who was a member of the 60's teen pop group Dino, Desi and Billy and later an actor. Dino Martin was killed in a plane crash in 1987... 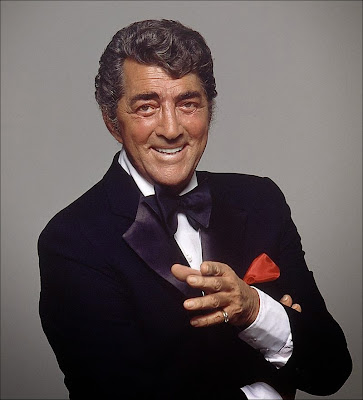 Almost every woman on the planet will say that our Dino had a sexy voice that made them melt. Even women who weren't Dino fans say that.

Hey pallie, likes Miss AOW, we knows youse are correct on that Dino-count...and men also had and have the strongest of strong pull to become more and more likes our Dino as well! Keeps lovin' our most beloved Dino!

He really was loved by men & women alike. What a guy! Like they say...women wanted him & men wanted to be him. So true!

Hey pallie, likes Danny-o...it was true in the day...and is even more true these twenty years after our Dino's departure from our presence.....Dino-desire continues to grow stronger and stronger with each passin' Dino-day! Keeps lovin', keeps sharin' our most beloved Dino!

Few Hollywood stars could have that kind of influence. Our Dino was one of those very few.

Hey pallie, likes Miss AOW, likes we knows that we are prejudice, bu we woulda say that truly nobody has had or will have the influence that our most beloved Dino had, has, and will always have! Keeps lovin' our one and only Dino!