"But when people tune me in, they know they’re getting Dean Martin”

Hey pallies, likes from December 26 to this Dino-day, January 29, mostly we have been sharin' the awesomest of awesome adulation of our Dino from here, there, and everywhere.  Likes this wintery season bein' the 20th anniversary of our most beloved Dino's departure from our presence, pallies from all 'round the globe have been coolly chimin' in with particularly potently powerful posts all in the hugest of huge homage of our one and only Dino.

Today, we thinks, we are goin' to be drawin' this most excitin' extraordinary emphasis on our Dino's life, times, and teachin' to a cool conclusion with a post that we have been savin' up for just this Dino-occasion!  Likes today we are extremely excited to takes all youse Dino-holics to a beau-ti-ful blog tagged  "INQUISITR  - NEWS WORTH SHARING" where Miss Tara Dodrill on December 26 shared the most worthy of worthy news to be shared "DEAN MARTIN: REMEMBERING ‘DINO’ ON THE 20TH ANNIVERSARY OF HIS DEATH."

Likes today's post to us is like the cherry on the top of the smoothest of smooth Dino-sundae that we have been servin' up for the past month or so here at ilovedinomartin.  What makes Miss Dodrill's swankest of swank scribin's so so special that we have waited long to shares it with youse, is that only Tara's touchin' 'n tender words are filled to the overflowin' brim with some of our masterful Dino's most wondrously wise teachin's....somethin' that all the other posts have merely hinted at.

Miss Dodrill has done her honorin' homework of pullin' together quintessential quotations from our Dino's teachin's, some of which we have not seen before.  Give us the pleasure of liftin' up  our Dino's thoughts as shared by Miss Tara.....

“You take everybody else on TV–they’re puttin’ on an act, playin’ something they aren’t. But when people tune me in, they know they’re getting Dean Martin,”

“To become half a success in what you do, you have to enjoy it or else you become a griper. The good Lord gave me a talent and I’ll use it until I run dry.”

“With all the children and grandchildren, I’m old,” Dean Martin laughingly said when he turned 67. “But I don’t feel old. Death don’t come to me. I’m not going.”

ilovedinomartin shouts out our awesome appreciato for her swankest of swank scribin' on the life, times, and teacchin' of our Dino at the 20th anniversary of his passin' from our presence....ssure to help bring many more pallies into the Dino-fold.  Likes to checks this out in it's original source, simply clicks on the tag of this here Dino-gram.  Dino-always, ever, and only, DMP

DEAN MARTIN: REMEMBERING ‘DINO’ ON THE 20TH ANNIVERSARY OF HIS DEATH

Dean Martin died 20 years ago on Christmas Day from heart failure. The Rat Pack member is remembered every year at a festival in his hometown of Steubenville, Ohio. Martin, affectionately known as “Dino” not only grabbed a microphone and sang on stage to the delight of screaming women during the 1950s, but also starred in a vast array of television specials, variety shows, and movies. Dean, 78 when he passed away, appeared to move with ease from wearing a tuxedo and singing on stage with Frank Sinatra to donning a cowboy hat and shooting bad guys in hist western movies with John Wayne. 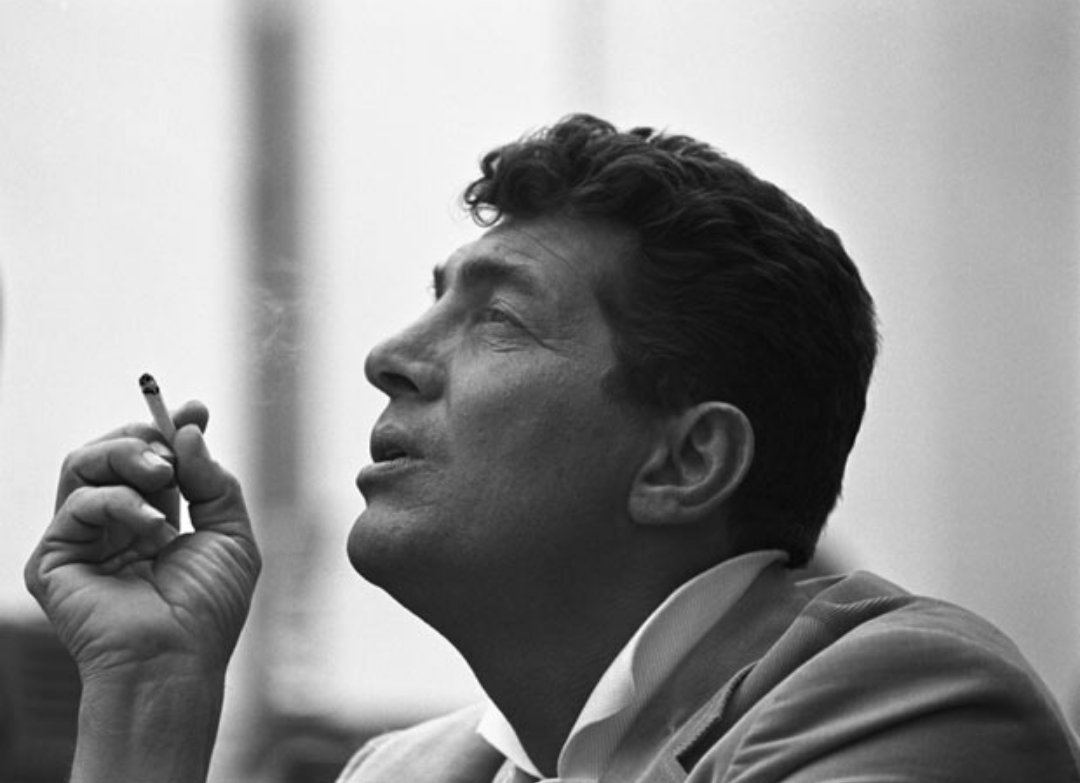 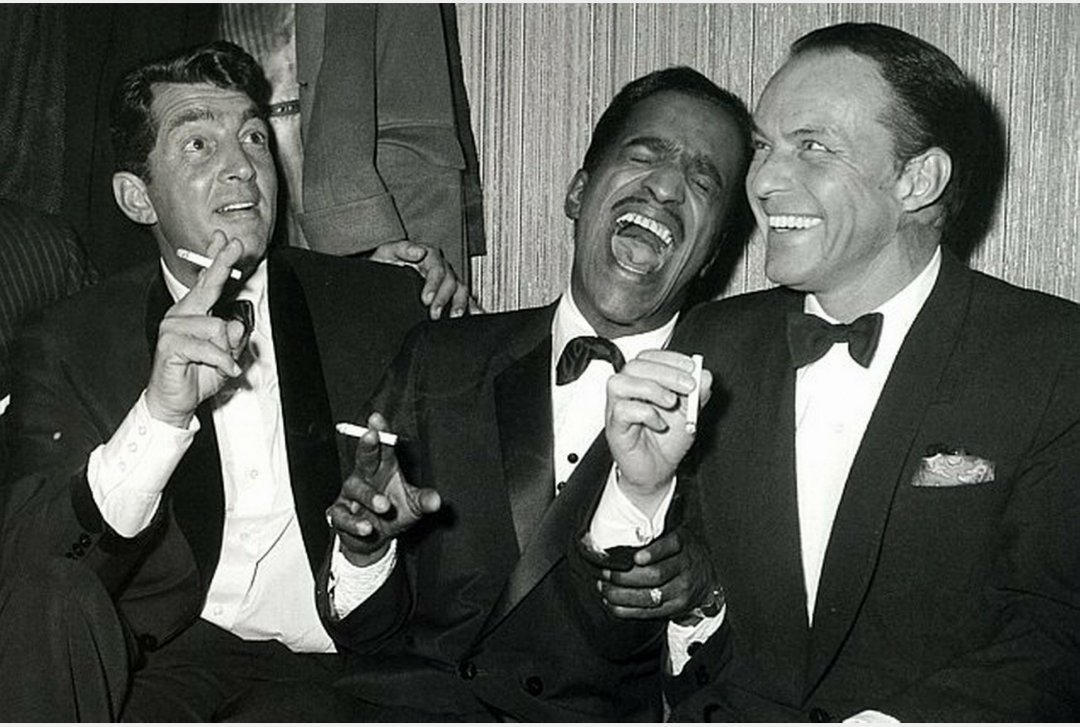 Martin’s hugely successful variety show ran from 1965 to 1974. Dean reportedly enforced a one rehearsal only rule for each episode of his show. The renowned singer and actor once told reporters that the reason his show was so popular was because it featured him being him up on stage, not a tightly-scripted episode.

“You take everybody else on TV–they’re puttin’ on an act, playin’ something they aren’t. But when people tune me in, they know they’re getting Dean Martin,” the Rat Pack member added. “To become half a success in what you do, you have to enjoy it or else you become a griper. The good Lord gave me a talent and I’ll use it until I run dry.”

The crooner was born Dino Paul Crocetti. He was the son of an Italian immigrant barber; he only spoke Italian until he was 5-years-old. After getting bored with his school his sophomore year, he dropped out of school and took up boxing, IMDB notes. Later in life, Martin said that he was embarrassed by his lack of a high school diploma and poor grammar skills. He boxed under the moniker, “Kid Crocetti” and scarred his hands permanently while attempting to make a living at the sport.

Dean Martin and the Rat Pack Live on Stage


During this stage of his younger years, Dean Martin also worked in a steel mill, bootlegging whiskey, as a soda jerk, and stole hubcaps. He eventually wound up in the gambling mecca of his northern Ohio region known as “Little Chicago.” He worked as a roulette stickman and at the blackjack table. The gamblers reportedly enjoyed hearing him hum a tune while he raked in their money for the house. Just for the fun of it, he began singing after work with a local band at Walker’s Cafe.

The first time he got paid to sing was in Columbus, Ohio billed as Dino Martini. Martin said that he chose the name because it resembled one of a popular opera singer of the era. The honest money he made, about $50 a week, was about the same amount he said he could have easily stolen from the gambling rooms during the same time span. When he was offered a singing contract in Cleveland, the now famous name of Dean Martin was born.

“Dad was so handsome, so debonair. They [agents] just thought, ‘We’ll put a drink in his hand and a cigarette.’ Every man wanted to be him, and every woman wanted to be with him,” his daughter Deanna Martin, also a singer, said during an interview with the Los Angeles Times.


The daughter of Dean Martin also said that he was sipping apple juice on stage instead of whiskey. Sinatra and his fellow Rat Pack buddies often joked about Martin being tipsy during their nightclub performances. “He would be home for dinner every night. He would come home, and he and mom would have their one cocktail at the bar. He was kind,” Deanna added. “He was so different from what everybody thought he was. There was no one who could do Dean Martin better than Dean Martin.”

During World War II, Dean Martin was drafted into the service, but he was honorably discharged after 14 months due to a hernia. Although Martin was known to throw a great party, especially on New Year’s Eve, friends said that it was not unusual for the sometimes loner to quietly slip away and go on up to bed fairly early in the evening.

Dean Martin, Jr. was an Air Force National Guard Captain. The crooner’s namesake was killed during a jet fighter crash in 1987. Many friends and loved ones believe that Dino was never able to recover from the death of his son.

“With all the children and grandchildren, I’m old,” Dean Martin laughingly said when he turned 67. “But I don’t feel old. Death don’t come to me. I’m not going.”

Martin was often plagued by ulcers, but remained in fairly good physical shape and health, golfing almost daily, until the 1990s. He stopped performing about three years before his death and reportedly lived out his final years in solitude.

Today in 1995, the King of Swagger Dean Martin died.

The King of Swagger, indeed!

The mold was broken when our Dino was made. There will never be another even approximating our Dino.

Hey pallie, likes Miss AOW, dat is the absolute Dino-truth...never was, never will be anyone as cool as the King of Cool...oh, to return to the days when Dino walked the earth. Keeps lovin' our most beloved Dino!