Dean Martin will forever be No. 1 in my book among the all-time greats.

Hey pallies, likes leaves it to our Danny-o to uncover a simply sensational tribute to our most beloved Dino as we likes draw oh so so close to Dino-winter-day 2014.  From the 'net pad "hottytoddy.com" that hails from Oxford, MS. comes a huge honorin' homage to our most beloved Dino from Mr. Steve Vassallo, As a contributin' scriber for "hottytoddy, he "writes on Ole Miss athletics, Oxford business, politics and other subjects. He is an Ole Miss grad and former radio announcer for the basketball team. In addition, he is a certified economic and community developer and currently, a highly successful leader in the real estate business with Premier Properties of Oxford."

'mong Vassallo's "other subjects" is our most beloved Dino, and his post, "Vassallo: Remembering Deano," is a totally touchin' tribute to our King of Cool on this 19th anniverary of our Dino's leavin' us.  Likes we coulda goes on and on 'bout Steve's heartfelt homage of our Dino, but we are simply gonna leaves it all youse Dino-philes to checks it out for yourselves.

We here at ilovedinomartin express our deepest of deep Dino-appreciato to Mr. Steve Vassallo for
sharin' his passion for our main man in such an open way, certain to help many of the "hottytoddy" readership to grow in knowin', lovin', and honorin' our most beloved Dino.  Likes, to checks this out in it's original format, simply clicks on the tag of this here Dino-gram.   Dino-rememberin', DMP 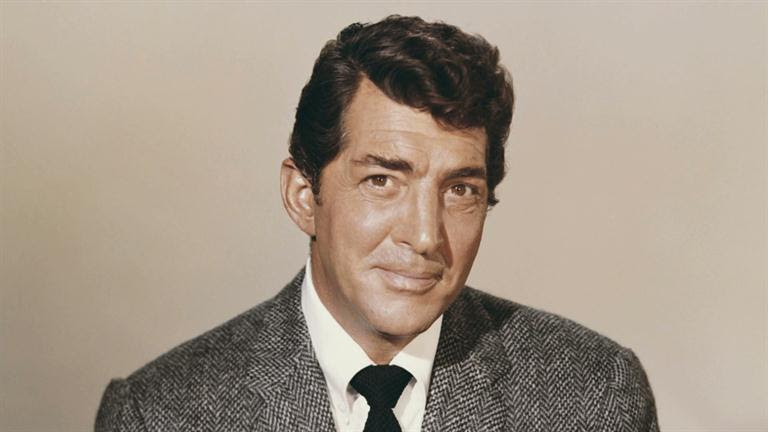 Nineteen years ago this Christmas morning, Dean Martin left us at age 78. Have you ever been presented with this question: “If you could have dinner with anyone (alive or deceased, Jesus Christ aside) who would that be?” 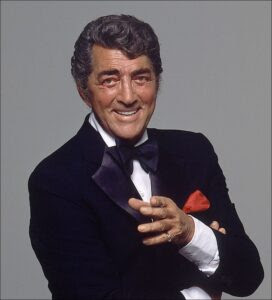 The answer for me would be a relatively easy one — Dino Paul Crocetti. I had an enormous fondness of the three Johns: Wayne, Vaught and Lennon. However, Dean Martin will forever be No. 1 in my book among the all-time greats. One of the greatest compliments ever given to him was attributed to Elvis when the King said, “I would often drive by his house in hopes just to get a glimpse of him.”
The actor, singer, comedian could do it all. Born in Steubenville, Ohio, of Italian immigrants, Dean entered the world of show business at age 17. Prior to this, he dropped out of high school and became involved in a range of illicit actives including gambling and alcohol running. In 1940, he changed his name to Dean Martin as his show biz career was taking off.
In 1947, he teamed up with Jerry Lewis, whom he would make 16 films with between 1949 and 1956, the year they departed ways. In 1950, the comedy team made their TV debut via the Colgate Comedy Hour. All in all Dean made 51 films, including the series of four Matt Helm spy/comedy thrillers: The Silencers (Stella Stevens), Murderers’ Row (Ann Margret), The Wrecking Crew (Elke Sommer/Sharon Tate) and The Ambushers (Austrian actress Senta Berger/Janice Rule).
Dean is also best known for his membership in the Rat Pack with Frank Sinatra, Joey Bishop, Sammy Davis, Jr. and Peter Lawford. Together the group made three films, Ocean’s Eleven, Sergeants Three and Robin and the Seven Hoods. The Rat Pack epitomized booze, women and Vegas.
Dean Martin was married three times, had eight children and retired from show business following a 1988-89 concert tour after devoting 55 years to the profession. Another claim to fame was his 1964 hit record “Everybody Loves Somebody” which knocked the Beatles out of the number one slot.
I think the reason he made such an impression on me and millions was due to everything he did, it seemed effortless. He had more charisma than most anyone and Hollywood’s “who’s who” longed to be on his television variety show or famous Roasts. When Dean passed all of the casinos on the strip in Vegas dimmed their lights in his honor. There will never be another Dean Martin. Originals are scarce…even in Hollywood!
Posted by dino martin peters at 7:29 AM

So very true! This cat REALLY knows our pal. Just goes to show...once again...Dino-holics are EVERYWHERE!!!