Hey pallies, likes a few 'go in early August, ilovedinomartin was 'mong the first to announce the release of the complete set of 54 Dino-roasts with tons of extras from the pallies at StarVista/Time-Line.  A premier package at a premier price certainly was pleasin' news for all Dino-holics with fat wallets, but likes we all knows that Dino-devotees come in all ages and stages, as well as part of each and every ecomomic strata that is known.

Likes, in other words pallies, not everyone who idolizes our most beloved Dino will have the bread available to purchase this huge huge set of Dino-treasure.  And, the dudes at StarVista/Time-Life, certainly have recognized this, 'cause it has come to the attention of ilovedinomartin that three lesser Dino-packages will be available.

Today, ilovedinomartin will accent the least expensive of these sets.  Releasin' to the general public on September 24 through a variety of sources (we happened to come upon it at Amazon, where if you clicks on the tag of this Dino-message you will find the info below) is a single disc, three hours of highlights from the Dean Martin Comedy Roasts retailin' at $12.95.

This is give pallies a mere taste of the glories of the entire collection, but certainly is at a modest 'nough price that no pallie needs to be left out in the cold.  Stay tuned for news of the other two configurations of Dino-roast releases.  Dino-sharin', DMP 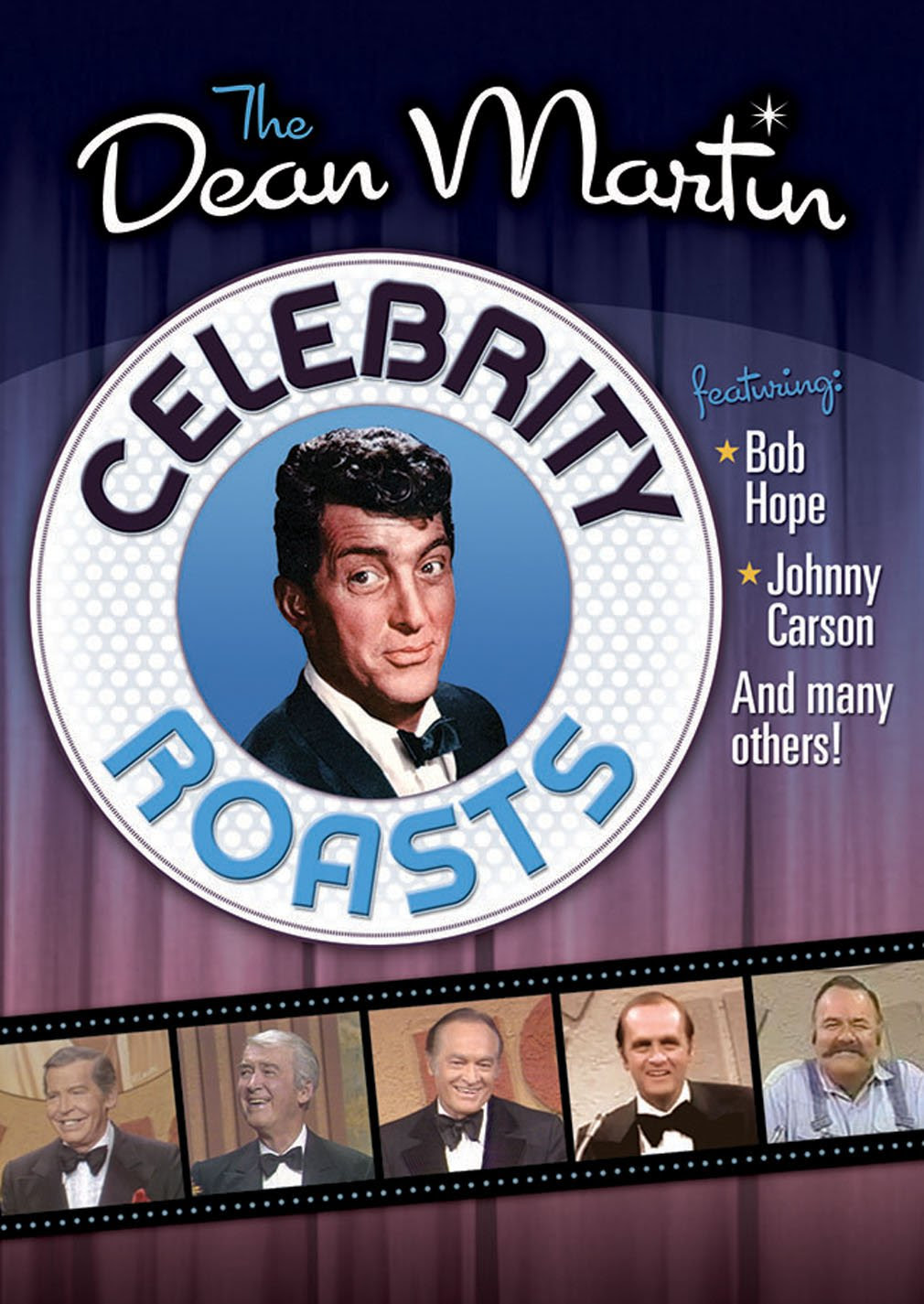 Editorial Reviews
The Dean Martin Celebrity Roasts were a fixture on NBC s Thursday night lineup from 1973 to 1984. In those 11 years, Dean and his panel of pals successfully ridiculed, embarrassed and made fun of legendary stars like Frank Sinatra, Lucille Ball, Sammy Davis Jr. and Dean Martin himself, to name a few---and America loved it!

Over the past 20 years the roast format has really become a kind of American folklore, set at a banquet table, in which the guest of honor was showered with insults from other celebrities.