Hey pallies, likes today we open door numero duo of the three lesser options for purchasin' packages of Dino-roasts from the folks at StarVista/Time-Life.  Besides the single disc of 3 hours worth of moments from the Dean Martin Celebrity Roasts, there will also be a six disc set (similiar I woulda guess to those multi-disc sets released by Time-Life for the Dino-show).

Likes all the pertinent Dino-info is below.  You will note that this edition will contain 12 complete roasts 'though it doesn't appear in the advertizin' which 12 they will be.  And, as noted there will be 3 hours of bonus material includin'.....

Likes ilovedinomartin is wonderin' if this is all the bonus material contained on the mega all roast set or not...and let's we are not sure how to ferret out this Dino-info.  Any idears pallies?

Anywho, this set will be ready for sale to the mass market on September 24.  The informatio below happens to comes from the dudes at Amazon 'though this Dino-set will be certainly available far and wide on the 'net as well as in local stores.  To see this information in it's original format, simply clicks on the tag of this Dino-report.   Dino-always, ever, and only, DMP 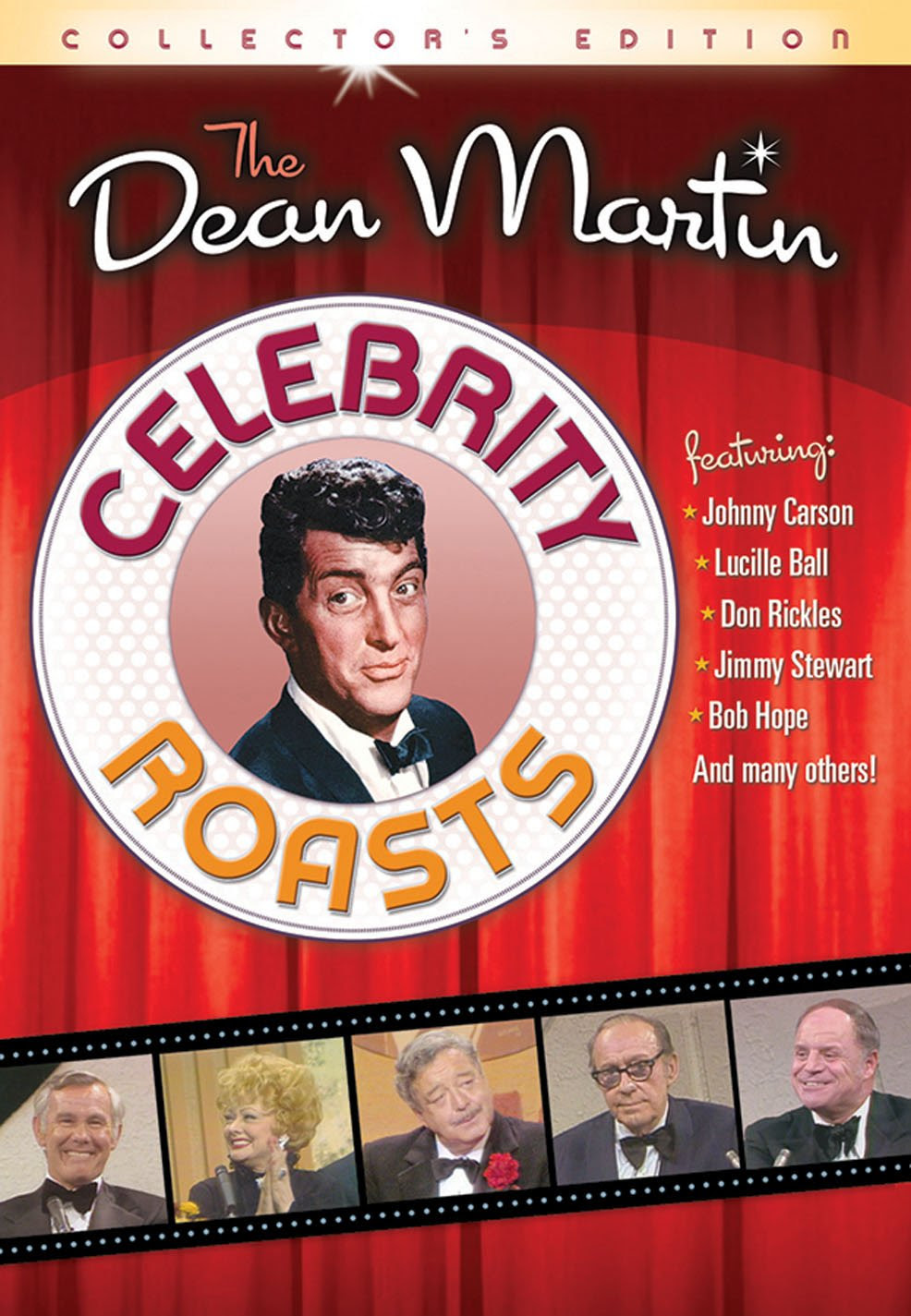 Editorial Reviews
THE DEAN MARTIN CELEBRITY ROASTS were a fixture on NBC s Thursday night lineup from 1973 to 1984. In those 11 years, Dean and his panel of pals successfully ridiculed, embarrassed and made fun of legendary stars like Johnny Carson, Bob Hope, Lucille Ball, Jackie Gleason, Don Rickles and Dean Martin himself, to name a few, and America loved it!