As a kid, Dean Martin Roasts were a big treat. 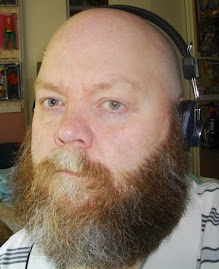 Hey pallies, likes perhaps many of youse dudes have noticed that one of our most beloved Dino's hugest platforms of success, the years of the Dino-roasts have been underrepresented here at ilovedinomartin.  But, likes with the release of the huge huge new Dino-package of all the roasts with tons of super Dino-extras comin' our way the Dino-week of September 23rd, it certainly is time for ilovedinomartin to rectify the situation.

Likes, to begin the process of puttin' the accent on the Dino-roasts, we begin with a post brought to our attentionado by the pallies at google 'lerts.  From a really swingin' blog pad, "Calvin's Canadian CAVE OF COOL, comes a post  simply tagged, "Dean Martin Celebrity Roasts.  From the pen of Canadian Calvin comes wondrous words of Dino-delight 'bout how Mr. Calvin and his daddy-o enjoyed the Dino-roasts together when Calvin was "a kid."  In his own words, "As a kid, Dean Martin Roasts were a treat."

How totally totally grand to hear Mr. Calvin's heart-felt thoughts of bein' treated to these swingin' Dino-efforts and to know that he shared 'em with his father is likes the coolest.  ilovedinomartin shouts out our delight to Mr. Calvin for sharin' his Dino-memories with his readership and givin' ilovedinomartin a great reason to offer beginnin' efforts in highlightin' the Dean Martin Roast era of Dino-success.  To checks this out in it's original format, simply, clicks on the tag of this here Dino-report.   Dino-awed, DMP

Thinking of my Dad today and the comment by Dr. Goat and others about how celebrity roasts today are all so dirty and stupid. Personally I agree. I never work BLUE (I don't have to) to get attention. I may post cosplayers and pretty girls but I don't show them squatting over some dirty sailor. There are limits. Good taste and funny can go together when you are REALLY funny and you have great material.

As a kid, Dean Martin Roasts were a big treat. There was nothing like them on TV at the time. Mostly they roasted famous celebrities and the class of the program meant they could attract guys like a Frank Sinatra. My Dad loved the comedy and even if he had to explain why the jokes were funny, he would, just for our enjoyment.

Of all the people they would get for these Dean Martin roasts, Red Buttons (an Oscar winner believe it or don't) was the funniest. I got the jokes. But watch his delivery. He is as much fun to watch as to listen to.

The old school guys like Don Rickles may have gently pushed the envelope without being profane. Just yesterday I laughed my ass off at Everybody Loves Raymond. It was terrific.
Posted by dino martin peters at 7:26 AM