Hey pallies, likes today's Dino-edification comes from 'nother new-to-ilovedinomartin pad tagged, "The Golden Closet."  It's an excitin'  place where "Iconic Entertainment Memorabilia" is featured for sale for those with 'nough bread to collect clothin' and other items of the rich and the famous.  Featured below is the pilot's jacket worn by our most beloved Dino as Captain Vernon Demerest in the epic big screen drama, "Airport."

By the time that ilovedinomartin discovered the link, this fabulous piece of Dino-apparel had already been sold and the askin' price no longer listed.  But, likes I thoughts all you Dino-philes woulda loves to see some views of the jacket as well as some great images of our Dino wearin' the jacket....likes 'specially of our Dino dryin' the tea cup.....likes remembers how he blows on the saucer instead of washin' and dryin' it?!?!?!  One of our fav moments from this hugest of huge Dino-hits that our great man received the great sum of 7 cool mil for this actin' assignment.

Likes woulda all us Dino-holics loves to have our own stash of Dino-treasures to feel ever ever closer to our Dino?!?!?!?! To view this  in it's original format, simply clicks on the tag of this Dino-report.  Dino-desirin', DMP 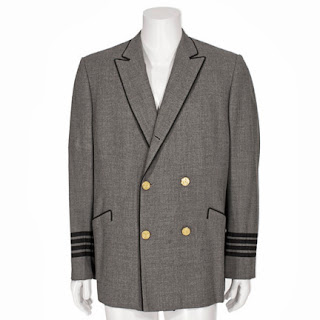 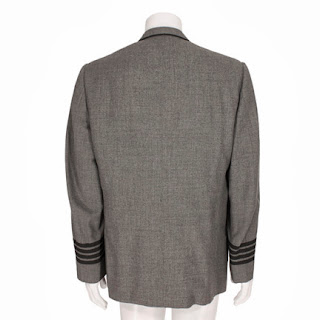 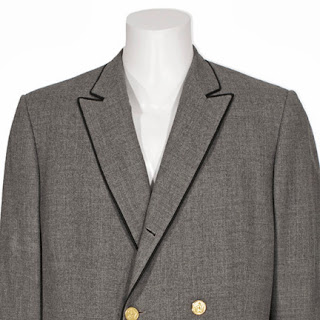 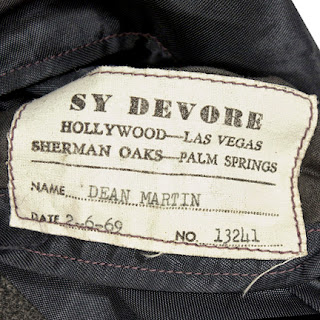 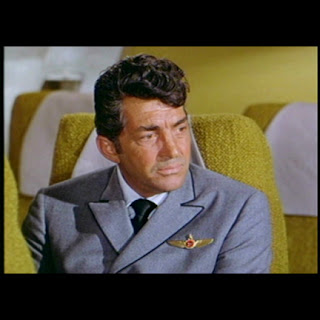 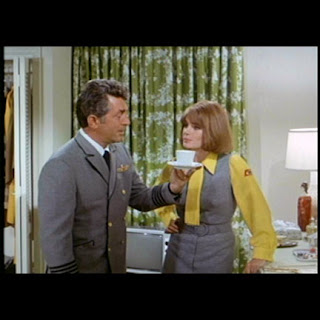 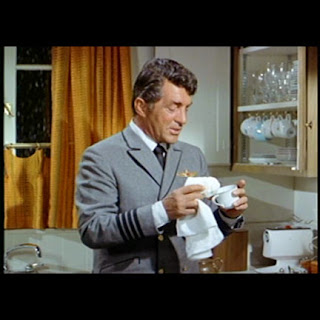 This gray pilot's jacket was worn by the character "Capt. Vernon Demerest," portrayed by actor Dean Martin, in the 1970 motion picture, "Airport." This garment was custom tailored for Dean Martin by Sy Devore and has the original tailor's tag sewn inside with the actor's name and the production date "2-6-69" clearly typed. The jacket is complete with the original sleeve insignias as seen in the film.

The jacket is in excellent screen worn condition and is accompanied by a letter of authenticity from the costume house. Presented by The Golden Closet, your premier source for iconic screen used wardrobe, props, and music entertainment memorabilia.
Posted by dino martin peters at 7:14 AM

I'm betting that the jacket has been cleaned. Pity! Wouldn't it be a real treasure if the Woodhue scent still permeated the jacket? Woodhue by Fabergé was our Dino's cologne. It's almost impossible to obtain it now.

Deanna Martin has just a bit left in an old bottle that belonged to our Dino. She wrote that she takes out that bottle from time to time to feel closer to her dad. Scent memories last the longest, you know.

Hey pallie, likes what a cool Dino-observation Miss AOW...certainly woulda be cool to piece of Dino-apparel that was likes Dino-scented!
Keeps lovin' our most beloved Dino!