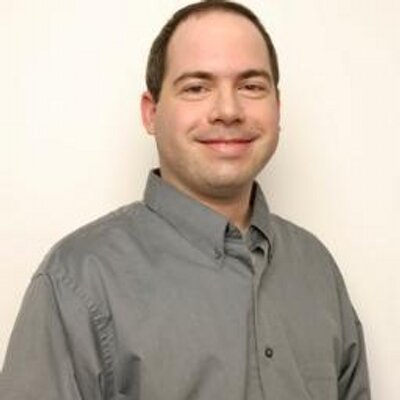 Hey pallies, likes there is nothin' like a controversy bein' spread all over the world  wide web to bring amazin'ly awesome attention to an entertainer's career, even if said entertainer has been gone from the planet for almost 23 years.  And, likes pallies that entertainer of which we speaketh is likes, of course,  our one, our only Dino!  Ever since the news of a radio station in Ohio decidin' to ban the seasonal song, "Baby, It's Cold Outside," the ol 'net has been a beautiful buzz with mucho of the discussion fantastically focusin' in our Dino's veritable version of the wintery croon.  (See ilovedinomartin's original post on December 5 HERE.)

Likes indeed pallies there has been so much potent patter on this subject on the web that each and every Dino-wintery post coulda have only focused on this, but we have chosen to only share select posts and we couldn't resist sharin' more delightful Dino-news as the result of the controversy.

Today we takes all youse Dino-holics once 'gain to the awesome annals of Billboard mag, where Mr. Gary Trust (pictured at the top left), the Billboard Associate Director of Charts/Radio, Chart Beat Columnist has sweetly scribed his perfect post, " Dean Martin's 'Baby, It's Cold Outside' Hits Top 10 On Digital Song Sales Chart."  The tag says it all pallies.  Likes as youse will read this noteworthy news below, " Dean Martin's take, recorded in 1959, is the chart's Greatest Gainer, soaring from No. 31 to No. 10 on the Dec. 22-dated list, up 70 percent to 11,000 downloads sold in the week ending Dec. 13, according to Nielsen Music."

Likes, indeed, this will be a Dino-wintery season to look back on with the deepest of deep delight in how our Dino keeps soarin' higher and higher on the charts meanin' that more and more pallies are bein' wonderfully welcomed by our Dino into his world.  We thanks Mr. Gary Trust and all the pallies at Billboard for sharin' this absolutely awesome achievement by our most most beloved Dino with the wider Dino-world.  To checks this out in it's original format, simply clicks on the tag of this Dino-report.

Dean Martin on the set of 'The Dean Martin Show' in 1967 in Los Angeles.

Martin's version of the suddenly much-buzzed-about 1944 song surges by 70 percent in sales.
"Baby, It's Cold Outside" has come under fire of late, with some radio stations banning the holiday standard in light of the #MeToo movement and others defending and continuing to play it. Frank Loesser wrote the song in 1944, and its storyline of a male suitor who attempts to dissuade his object of affection from leaving for the chilly outdoors is being newly dissected.

Despite the controversy, or perhaps in part because of attention generated by it, a version of the song hits the top 10 of Billboard's Digital Song Sales chart for the first time. Dean Martin's take, recorded in 1959, is the chart's Greatest Gainer, soaring from No. 31 to No. 10 on the Dec. 22-dated list, up 70 percent to 11,000 downloads sold in the week ending Dec. 13, according to Nielsen Music. A week earlier, it returned to the chart with a 257 percent blast to 7,000 sold.


'Baby, It's Cold Outside' Heats Up On Charts After Lyrics Controversy
For a second consecutive week, Martin's cover is the second-best-selling holiday song, below Mariah Carey's "All I Want for Christmas Is You" (14,000, down 6 percent).

On the Holiday 100 chart, which ranks the top holiday songs of all eras via a blend of streaming, airplay and sales data, Martin's "Cold" jumps 31-17. Until a week ago, it had never ranked in the top 40 dating to the chart's 2011 inception. (Carey's "Christmas" continues to rule the Holiday 100 and becomes the highest-charting yuletide hit in 60 years on the Billboard Hot 100.)

Martin's interpretation of "Cold" also surges by 35 percent to 11.1 million U.S. streams in the tracking week. Plus, it gains by 25 percent to 1.4 million in airplay audience (while his 2006 duet version with Martina McBride climbs by 26 percent to 3.2 million).
Posted by dino martin peters at 11:42 AM

Hahaha!!! Dino is DEF I NATE LY gettin' a chuckle over this one, pals! Likes I said last week...Any publicity is GOOD publicity! Im SO SO happy that all this nonsense 'bout this COOL COOL Wintery Dino-jam has only increased it's exposure to the masses! That's how youse stick it to 'em, Dino! HA!!!

Terrific song. Now some big big news. Just noticed on Amazon. The Nashville Sessions is finally being released today Dec.21/18. Digital, but it's still The one album I've been waiting forever to be re released. Have the original vinyl album. Got it when it came out in 1983. Know what I'm getting myself for Christmas this year.

How anyone can see anything wrong with this song, which was written in times that were different today, is really bizarre. It's clear there was NEVER any intention for the lyrics to be predatory or anything else. It's a sad reflection of the 'modern' times we live in. But out of all the criticism, it's pleasing to see Dino is back in the charts!


I am just amazed that Dean's classic Christmas time song is a huge hit once again! I have read about this song at least a dozen times or more in a number of publications, people just can't stop talking about it. I really don't understand why the lyrics seem to be a big problem all of a sudden. This classic song has been a Christmas time staple for decades and now all of a sudden there seems to be a select group of people trying to paint it as something bad. It seems in this day and age there is an issue with everything. I believe that people have there own agenda and are simply looking for publicity. For very complaint there are scores of people cheering this classic song. Thanks to these few complaints this song has reemerged a true classic to countless new people!