The legacy of the top-shelf entertainer, who died in 1995, is a mixed drink that's as smooth as it is fermented.

Hey pallies, likes once 'gain in the midst of our coolest of cool centennial celebration of The Day That Coolness Came To Earth,, in the midst of our pallie of pallies Eddie-o's amazin'ly awesome on-the-spot reportin' from Dino-fest 2017, we share with you a Dino-fest postin' from the pallies at the online resource "cleveland.com" where we first shared Dino-devotion  HERE on the day-before-Dino-day, June 6.

Today's delightful Dino-reflection is sweetly scribed by Mr. John Petkovic, writer for the Cleveland Plain Dealer.  From readin' this potent post it is crystal clear that Petkovic has a wonderful way with words in general, and 'bout our most beloved Dino in particular.

Likes while his offerin' is a general overview of the 20th annual Dino-fest in Stubenville, John uses tons of playful Dino-thoughts to remarkably remember and hugely homage our one and only Dino....'specially accentin' our Dino's deep delight in liquid libations.  Some of Mr. Pethovic's thoughts include.....

"Raise a glass - no, make that a wet bar, a liquor cabinet and a jar of olives - in honor of Dean Martin."

"The legacy of the top-shelf entertainer, who died in 1995, is a mixed drink that's as smooth as it is fermented."

"I bet Dino is still singing in that Great Big Martini Lounge in the Sky."

John's energetic essay makes all us of Dino-holics even more envious of our pallie Eddie-o's personal pilgrimage to the land of Dino....and deeply deeply desirous of makin' the scene there ourselves.
Likes, we sez shares our appreciato to Petkovic and all the pallies at "cleveland.com" for this swankest of swank salute to our Dino and this coolest of cool celebration of all thin's Dino in Stu-ville.  To checks this out in it's original source, likes simply clicks on the tag of this here Dino-gram. 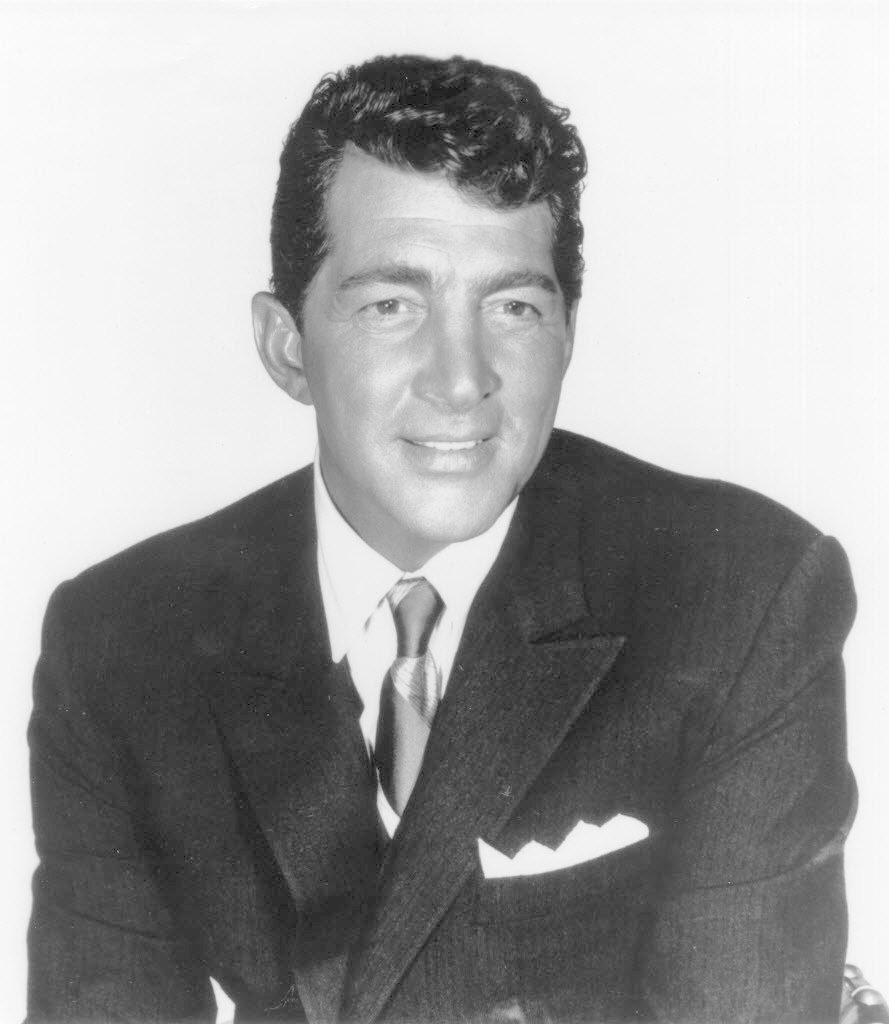 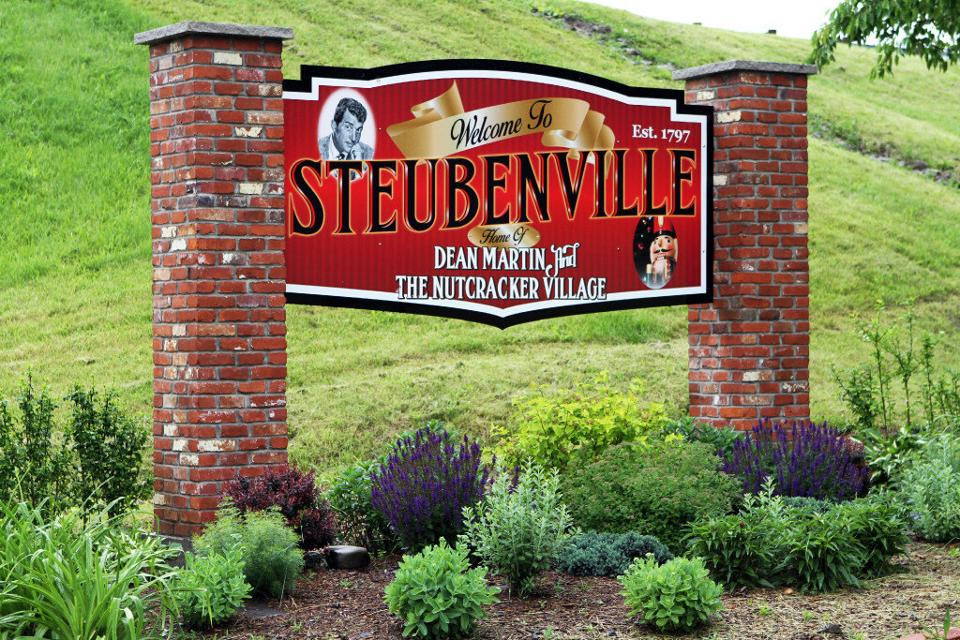 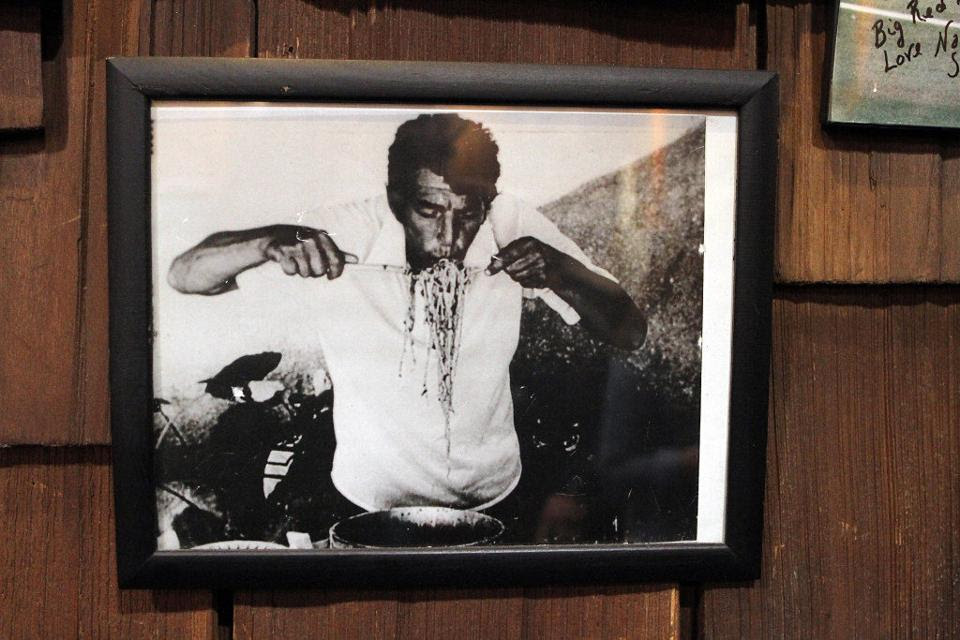 
CLEVELAND, Ohio -- Raise a glass - no, make that a wet bar, a liquor cabinet and a jar of olives - in honor of Dean Martin. June 7 was the 100th birthday of the man, the legend and the Ohio boy who lived the American dream to its fullest.

The Steubenville native, born Dino Crochetti, tore it up when he moved to Cleveland in 1940. Formerly a two-bit blackjack dealer, he took the name Dino Martini and landed his first steady gig crooning for $35 a week at the Vogue Room of the now-closed Hollenden Hotel on East Sixth Street.

Then came Hollywood, the Rat Pack and Vegas. They all came with a ton of hangovers. But memories are made of more than this - especially to everybody who loves that somebody named Dean Martin.

You'd be hard-pressed to find a more loving tribute than the Dean Martin Festival. For 20 years, the fest has celebrated the life and times and music of its native son.

It's going all-out to mark his centennial, which runs Thursday-Sunday in Steubenville.

The bash -- headlined by Dino's daughter, Deana Martin -- rolls out tribute shows, singing contests, a Mass, a parade, impersonators and food. It also gives attendees the chance to check out the places that shaped his early years in Steubenville, a former mill town of 18,000, located two hours from Cleveland, right across from West Virginia on the Ohio River.


While Dino's house is gone, beloved haunts such as Naple's Spaghetti House (yes, he loved the spaghetti), The Spot bar (where he learned how to deal cards), DiCarlo's Pizza (home of his favorite slice) and Steubenville Bakery (where young Dino would crash after a late night).

You can also check out Dino's high school, the site of his first show - Walker's Cafe - and artifacts at the Jefferson County Historical Museum and Library and the Steubenville Visitors Center.

Ah, but let's not get too bogged down in history. The fest is a celebration of spirit - both Dino's and Steubenville's -- paired with drink and song.

The legacy of the top-shelf entertainer, who died in 1995, is a mixed drink that's as smooth as it is fermented. Yes, he epitomized snazzy shtick and mastered the tipsy stumble, but he also had the kind of croon that made them sing along with martinis in the air.

I bet Dino is still singing in that Great Big Martini Lounge in the Sky. And he'll probably be looking down and raising his glass as their singing in Steubenville.
Posted by dino martin peters at 10:36 AM

Lovin' John's description of the Dino fest! Definitely wishin' I was there!

Hey pallie, likes youse and we both Danny-o. Likes took a sneak peak at your Dino-daddy-o day postin'....truly Dino is always always "Gentle On My Mind." Keeps lovin''n sharin' our daddy-o of daddy-oes...our most most beloved Dino!

This seems to be the place to be for all Dean Martin fans to bask in the great entertainers memory. It sounds like it will be a wonderful time for all those who can be there. Thank you DMP.

Hey pallie, likes Scotty-o, as usual thanks so very much for chimin' in on this extraordinary event celebratin' our one and only Dino! Keeps lovin' our most beloved Dino!