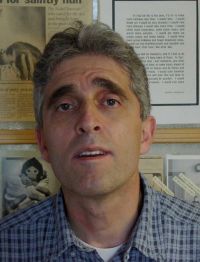 Hey pallies, likes welcome back for the 14th day of our month long Centennial Celebration of The Day That Coolness Came To Earth.  Likes it is exactly one week since we celebrated the 100th anniversary of our Dino's descent to our planet and crazy cool contributions to hugely homage our Dino keeps pourin' in from all over the web.  Today we shares with you a perfecto post from the on-line presence of Steubenville's  hometown newspaper, "The Herald-Star."

The Stu-ville gazette recently featured what we will coolly classify as perhaps the most ubber unique potent piece of Dino-devotion that we have ever shared.  A obvious deeply deeply devoted Dino-devotee, Mr. Aziz Inan, "professor and chair of electrical engineering in the Donald P. Shiley School of Engineering at the University of Portland, Ore.," used all his power and glory to do a gigantic guest post for "The Herald-Star" tagged 10 brainteasers to celebrate Martin's birthday."

Likes we have known pallies before who were absolutely amazin' with figures, but we have never ever seen the likes of Mr. Inan's incredible insights a la digits.  Truly truly words fail us to easily explain how Inan has used his mathematical engineerin' skills to devotedly demonstrate his Dino-delight...you gots to read this to believe it pallies!

We gotta 'fess up that we solemnly stand in awe....in absolute awe of Mr. Aziz Inan's time and energy used all for the huge honor of our most most beloved Dino.  We swankly salute him with all our hearts for this greatest of great gesture of Dino-adulation.  To checks this out in it's original source, simply clicks on the tag of this here Dino-gram.

Dean Martin, who was born on June 7, 1917, in Steubenville and died on Dec, 25, 1995, in Beverly Hills, Calif., was an Italian-American singer, actor, comedian and film producer. He was one of the most popular and enduring American entertainers of the mid-20th century.

This past week marked Martin’s centennial birthday and I prepared the following 10 brainteasers in his memory:

(Inan is a professor and chair of electrical engineering in the Donald P. Shiley School of Engineering at the University of Portland, Ore.)
Posted by dino martin peters at 7:22 AM

Bravo! Bravo! What a piece!!

My fedora is off to you Inan!!

This is Ed's Epistle, and I approve of this mathamatical Dino-genius!

Haha!! This is the kinda math I coulda got into back in schooo! Cool how Inan used his numerical brain power to celebrate our pals life & times! Groovy stuff, pallie!

Hey pallie, likes Eddie-o, loves it pallies, loves it..glads it has your seal of Dino-approval ! Keeps lovin' 'n sharin' our most beloved Dino!

Hey pallie, likes Danny-o, likes wez are with you dude! Indeed the grooviest stuff ever! Keeps lovin' our most beloved Dino!