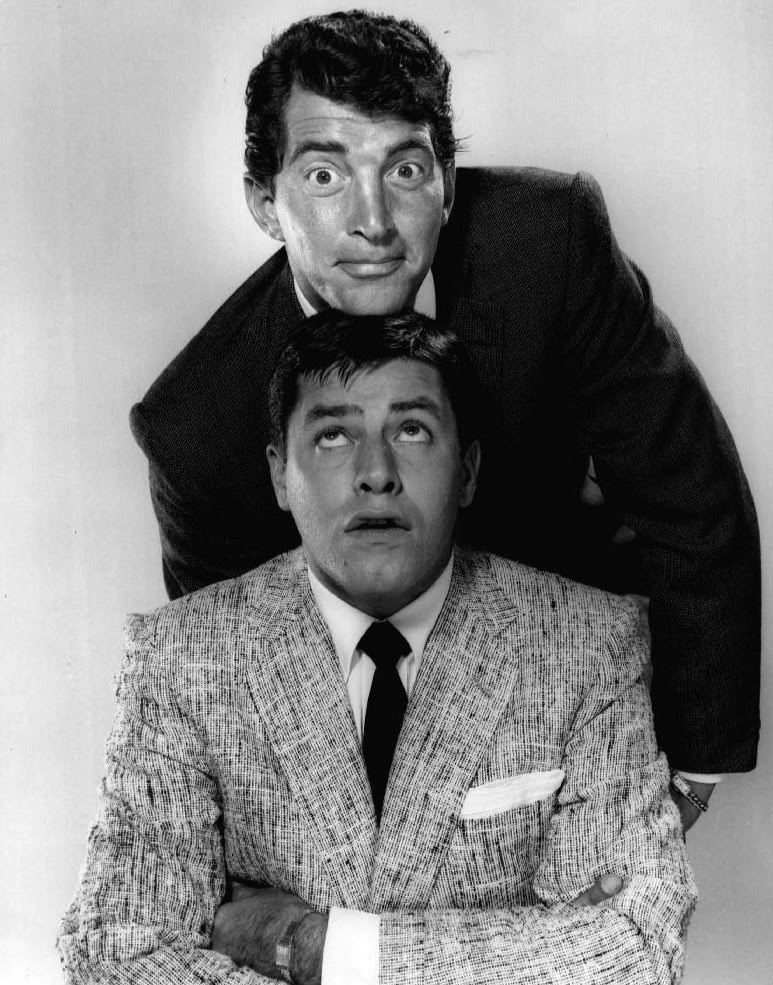 Hey pallies, likes as we were doin' some Twingly Advanced Dino-blog searchin' we  happened to note that today has yet 'nother great excitin' event  in all of Dino-history.  From the pen of Mr. Robert Benson at "Collecting Vinyl Records-for the latest vinyl record information" comes the musical historical note that it was on this day, June 20, in the year of our Dino 1948 that Ed Sullivan's "Toast Of The Town" premiered on CBS-TV.

The wise Sullivan  chose the up and comin' comedy duo of Martin and Lewis to headline that first episode.....at the salary of $200!   Television history was truly truly in the makin' that day and our Dino and his partner were a huge huge part of it.  Likes how thrilled the viewin' audiences musta been to see the greatest comedy duo in history performin' on the small screen.

ilovedinomartin salutes Mr. Robert Benson" and the folks at  "Collecting Vinyl Records-for the latest vinyl record information" for remindin' us all of this most important event in the life, times, and teachin's of our Dino.  To checks this out in it's original format, simply clicks on the tag of this here Dino-report.

In 1948, Toast Of The Town, which would later be called the Ed Sullivan Show, premiered on CBS-TV. The first telecast was produced on a meager budget of $1,375. Only $375 was allocated for talent and $200 of that was shared by the young stars of that night's program, Dean Martin and Jerry Lewis.
Posted by dino martin peters at 4:30 PM

Very cool part of Dino-history! Thanks for keepin' us in the Dino-know, pal!

A very interesting day in Dino history for sure. Back in the day The Ed Sullivan Show was as big as it got. What an honor it was to appear on the show and to have Dean and Jerry on the first show was coup. I am sure 200 dollars was a great deal on money back then as well. A great posting DMP.

Hey pallie, likes Danny-o, likes we can never ever learn 'nough 'bout the life, times and teachin's of our most most beloved Dino. Thanks for all your deeper then deep devotion to our one, our only Dino!

Hey pallie, likes Scotty-o, you always have just the right wise words to share your awesome adulation of our most beloved Dino! Keeps lovin' 'n sharin' our King of Cool!