Dino: The Greatest Television Performer of All Time 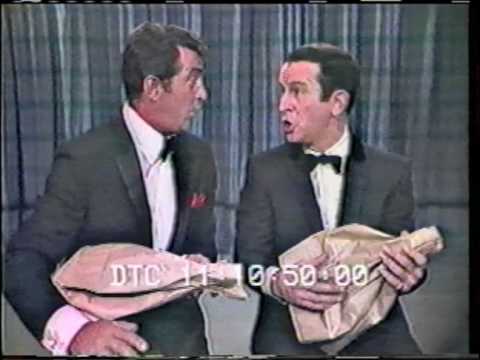 Hey pallies, likes on this third day of Dino-amore month, we once 'gain dip into the vault of Dino-drafts to come up with 'nother post of amazin' amore of our Dino from the blog "The Inevitable Hurt - Glimpses into an opaque world."  This lively literary blog was hosted by Mr. Hurt McDermott, whose credentials included bein' the writer-director of four feature films, among them BLACK MAIL and NIGHTINGALE IN A MUSIC BOX."  McDermott also wrote plays and screenplays as well as works of fiction.

Why we are usin' the past tense is 'cause Mr. McDermott's life was cut short when he died on January 1, 2013 after a long and courageous battle against malignant melanoma.  Hurt's given name was James and you can read his obituary from the Chicago Tribune  HERE.

From readin' 'bout Mr. Hurt McDermott's life and times, it is crystal clear that he was an awesomely accomplished writer and director....one who not only knew quality when he saw it, but one who created quality on paper, on the stage, as well as on the silver screen.  That's why his remarkable reflections on our most beloved Dino means a ton to us.  McDermott's terrific thoughts on our Dino are shared in his post of  Friday, March 4, 2011:  "The Greatest Television Performer of All Time."

Who McDermott is referrin' to is our one and only Dino.  To Hurt's way of thinkin' our Dino was indeed "the greatest television performer of all time" and you will discover why as you revel in his reverent remarkable reflections below.  To us it is huge that a man of Mr. McDermott's credentials would share his awesome appreciation for our Dino's tremendous talents in this way.  Of, course, we much appreciate Hurt's mention of our Dino as Matt Helm and his flicks with his partner Mr. Jerry Lewis...acknowledgin' our Dino's amazin' abilities as an actor as well as small screen performer.

And, as frostin' on the cake, as the sayin' goes, Mr. McDermott shares a great clip of our Dino makin' funny with Mr. Don Adams of "Get Smart" fame.  We coulda goes on and on 'bout Hurt's wise words of wonderment for our great great man, but then you wouldn't read his powerful post for youse selves.  Our only regret is that we can't leaves some patter 'bout our deepest of deep appreciation for Mr. Hurt McDermott's awesome adulation of our Dino that we woulda be able to read.  To checks this out in it's original source, simply clicks on the tag of this here Dino-gram.

The Greatest Television Performer of All Time

Theater is often thought of as a writer's medium,
but from the standpoint of the director and the actor,
the weight definitely falls with the actor who can
do whatever he wants while up on the stage.

Even the incomparable William Shakespeare can
do nothing if some actor decides to add his own
lines to Hamlet's soliloquy.

Film belongs to the director.  The actor can do what
he or she likes, but the editing can change everything.
The look of sorrow can be cut after his friend dies
and cut in when she realizes that despite her husband's
death, his money is still out of reach.  The director
controls the performance.

Today television is thought of as a producer's medium.
It is the producer who sets an esthetic for the show
which both the actors and the director must follow.
A director does not come in and change the producer's
way of covering a scene.  A new director lets the DP
show him how scenes are covered on the show and
works with the guest actors a little.

But in the early days of television - when it was
usually broadcast live - it was the performer's medium
par excellence.  Not only were you as live as in theater
but you had an audience in the millions - larger in one
night than a hit film would have in its whole run.

And in those exciting, heady days of television, the
show belonged to the performer who could take
control of the moment and make it his or her own.
And no one grabbed the attention of the camera
and those both in the studio audience and on
the other side of the lens and then held it like
Dean Martin.

Don't get me wrong:  Martin was a very good film
actor too.  The Matt Helm films and his films with
Lewis at their best often have the feel of the actors
writing the movie as it unfolds; but it's in his live
television performances, where his own good humor
overcomes any need for taking the proceedings too
seriously and in which his charm seems equal to any
darkness - and just imagine the shadow of fear hanging
over duck and cover America - that his full genius really
comes into his own.

No performer since the days of live television has really
had a chance to develop as Martin did, therefore his status as
the greatest television performer of all time is probably
as safe as Joe Dimaggio's 56 game hitting streak.

This clip is a perfectly ordinary one, nothing special
by the standards of his show, yet Dean puts his guest
completely at ease, because he's in complete control
and uses that to his guests advantage; and the comraderie
that flows between him and the other performer is irresistible:

Hey pallie, likes Danny-o, we couldn't sez it better ourselves...and likes how amazin'ly awesome to have someone of Hurt's cool credentials speakin' higher then high of our most beloved Dino! Keeps lovin', keeps sharin' one main man!