..... when he starts referring to the lovable Rudolph as Rudy like he's an old drinking buddy and if you listen closely it does sound like scotch glasses are clinking in the background.

Hey pallies, likes while we now know that our most beloved Dino's ver-si-on of "Let It Snow" has the most air plays of any seasonal song, the Dino-croon that we have personally heard the most often is our Dino's most most delightful croonin' of the reindeer with nose of red, and likes today we share with you a most most delightful reflection "on Dean Martin's Rudolph the Red Dicked Reindeer" from the blog "Enjoying the View.. One Day at a time."

Scribed by a dude from Brooklyn, NY tagged Righetti, this post explores exactly what our most beloved Dino crooned as he ended his most unique ver-si-on of "Rudy" usin' a German accent.  Instead of goin' into great detail 'bout the provocative proposition below, we simply asks youse to checks it out for yourself and render your Dino-opinion.

We are certain that this particular Dino-devotion outta evoke some very evocative Dino-patter from all youse Dino-philes....so likes chimes in dudes ON your Dino-reflections on this matter.  ilovedinomartin salutes Mr. Righetti  for what may very well be our most debated Dino-gram of this 2013 Dino-winter-season.  To checks this out in it's original format, as usual, simply clicks on the tag of this Dino-gram.  Dino-always, ever, and only, DMP 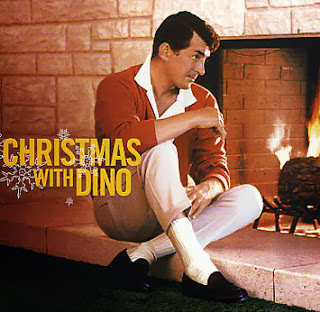 A buddy mentioned to me the other day how American Icon Dean Martin snuck one past the American censors for a half a century with his rendition of Rudolph the Red Nosed Reindeer.   He swears that at the end of the song, Martin, who appears to be completely sloshed, sneaks in a Rudolph the Red Dicked Reindeer right as the song cuts off.    Of course, this is the kind of thing that the high-paid reporters at TOR take very seriously, so we've gone on the hunt listing to every rendition of that classic.    First of all, the Rat Pack in the early 60's were as big as it got and it would be no surprise to anybody that there wouldn't be anybody who could have stopped Martin from doing what he wanted to do.  Secondly, with the way technology worked back then, it could easily have gotten past somebody and now has been playing on radio stations in heavy rotation for 50 years.

We put on some high-fidelity earphones and searched YouTube and found a great version.

My buddy is 100% right about the fact that Martin is completely inebriated throughout the song as he ad libs his way through much of it and is slurring his words from the first verse on.   The YouTube version I have has a cartoon playing over it but it's not hard to imagine old Dino playing a little grab-ass with the girls in the background chorus singing the bridge about half way through the song.   You can tell he's going to go off the deep end when he starts referring to the lovable Rudolph as Rudy like he's an old drinking buddy and if you listen closely it does sound like scotch glasses are clinking in the background.   It gets a bit more bizarre even before the final fateful verse, as Martin goes into this crazy German accent with the line "Rudolf wiz your nose zo bright, won't zhou guide mine sliigh zoonigt."  He recorded this song in 1959, so the scars of WWII were probably just receding a bit, yet he seems to poke a bit of fun at the Krauts on the other side of the pond.  You'd think that was the ultimate move until he goes into the final line in question and it does appear that Dino sneaks in a Rudolph the Red Deeked reindeer like a drunk dude tries to sneak one in the five hole of his equally drunk girlfriend
Posted by dino martin peters at 7:25 AM

OMG!!! Not sure 'bout that one pallie! Hahaha! Can't quite tell for sure but I'm stickin' with "Beaked". Lovin' the "Dino-controversy" though! LOL!!!

Hey pallie, likes Danny-o, gotta 'fess up that all my ears hear is "beaked...but the Dino-controversy would be likes so so dug by our Dino! Keeps lovin' our most beloved Dino!