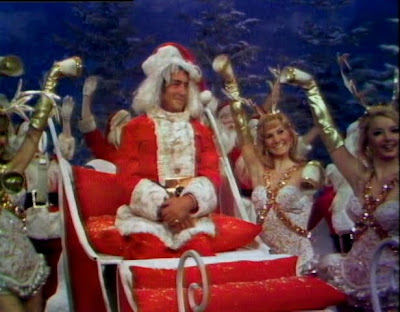 Hey pallies, likes today we are simply pleased as some spiked Dino-punch to shares with all you Dino-devotees our Miss AOW's Dino-wintery wishes.  Faith readers of ilovedinomartin know Miss AOW's long standin' passion for our most beloved Dino, and today at her politico blog "Always On Watch" she has spread the news to her readership of our Dino's toppin' the 2013 ASCAP Holiday Song List with "Let It Snow".....includin' a nod to our humble little Dino-home.

So checks it out pallies, Miss AOW shares a few facts and figures and includes youtube vids of our Dino croonin' his numero uno seasonal song as well our masterful man's magnificant rendition of "Silent Night."

ilovedinomartin thanks our pallie of pallies, Miss AOW, for her support of the Dino-efforts here at ilovedinomartin, as they are very very much appreciated.  To checks out Miss AOW's post in the flesh and see what she is up to daily, simply clicks on the tag of this here Dino-message.  Dino-devotedly, DMP


Dean Martin At The Top Of ASCAP's 2013 Holiday Songs List

According to Vintage Vinyl News (hat tip to I Love Dino Martin, a site that I visit almost every day):


Christmas is certainly a time for sacred music — music that honors the birth of the Christ Child. Indeed, Jesus is the Reason for the Season.

But Christmas is for fun, too! Some of the old popular tunes are an important part of enjoying this Season, and Dean Martin recorded several holiday and Christmas songs on two different albums: A Winter Romance (1959) and The Dean Martin Christmas Album (1966).

In 2002, after the deaths of Dean Martin (1917-1995), Frank Sinatra (1915-1988), and Sammy Davis, Jr. (1925-1990), Christmas with the Rat Pack was released and included the following omission from Dean Martin's other holiday albums although the song was included on Frank Sinatra and His Friends Want You To Have Yourself A Merry Little Christmas (1963):

Hey! A Dino Christmas surprise for me!

Thank you for linking to my post about the King of Cool.

There's nothing any cooler than our Dino at Christmas time!

Have a merry, merry season, all you Dino fans.

Hello DMP! I sent you a email regarding the post I promised.
Please feel free!
Ed

Hey pallie, likes Ed, I have not received it yet....did you send it to kentsmokerguy@yahoo.com? That's the email address that I am using.
Lookin' forward to your Dino-winter-day tribute. Keeps lovin' our most beloved Dino!

Hey pallie, likes Ed, likes man, I was able to recover your wondrous Dino-words from my gmail.....it is likes so so perfect in hailin' our most beloved Dino on this anniversary of his passin. It will appear on Monday as we will not be able to be on the web on the 24 or 25th. We can't thank you 'nough for your amazin' ability to do Dino-scribin', and likes this is one of your best ever Dino-efforts! btw, please use the kentsmokerguy@yahoo.com mail as we never ever want to miss any communicato from our most devoted of devoted Dino-holic Ed!
Keeps lovin' our most beloved Dino!