My Dad Hustled Dean Martin For $5,000, Then Gave Him A Chance To Get it Back 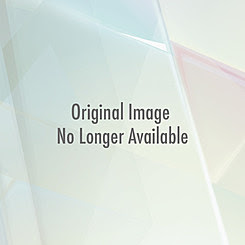 Hey pallies, likes from the tag of this Dino-gram, likes you might just have to wonder what if anythin' it has to do with our homagin' of Dino-winter-month.  Likes, read on and you will discover that the scriber of this post, Mr. Robert J. Wright,  a remarkable radio personality for Shreveport, LA's 96.5 KVKI, where he teams up with Miss Erin McCarty, has a remarkable piece of Dino-history to share as well as his devotion to a remarkable Dino-croon 'bout a remarkable reindeer tagged Rudy.

Likes in the prose below, Robert not only shares the coolest of the cool true life Dino-tale 'bout his daddy-o, Bill, hustlin' a cool 5 thou from our most beloved Dino while playin' a round of golf in the Spring of '47....and how our Dino took his old man in our great man's private plane to 'Vegas----baby----'Vegas....but also that Wright's holiday fav "year in and year out, is ‘Rudolph the Red Nosed Reindeer."

So, likes sit back dudes and enjoys our Dino's perfectly perfect seasonal croon of "Rudy" while readin' this true life story of the life and times of our King of Cool....likes cool dudes, cool

ilovedinomartin salutes Mr. Robert J. Wright and the pallies at rado 96.5 KVKI in Shreveport, LA. for sharin' this delightful Dino-remembrance with their readership, and bringin' one of dem Dino-buddha-grins to the faces of all us Dino-devoted pallies here at ilovedinomartin.  To enjoy this in it's original form, simply clicks on the tag of this here Dino-report.   Dino-delightedly, DMP
.

My Dad Hustled Dean Martin For $5,000, Then Gave Him A Chance To Get it Back

It’s the Christmas season and every morning on 96.5 KVKI Erin McCarty and I are playing all your favorite holiday favorites, both current and from years gone by. And my favorite, year in and year out, is ‘Rudolph the Red Nosed Reindeer’ by Dean Martin. And now I’m going to tell you why.


After my Dad got out of the Air Force at the end of World War II, he, like a lot of ex-servicemen, spent a little time traveling across the US, holding down a number of jobs. But, as anyone in my family will attest, his number one ‘job’ was…golf hustler.

Bill Wright was loud, brash, liked to have a good time and, more than anything else, liked to gamble at golf. And in the spring of 1947 he found himself in Los Angeles looking for a game. It was at LA’s famed Riviera Country Club that my Dad, a wise cracking ex-pilot from Palestine, Texas, found himself in a golf game against show business icon and Rat Pack member, singer Dean Martin.

My Dad never gave too many details about the match that day, other than to say, ‘Dino wasn’t nearly the golfer he thought he was. But he sure liked to gamble.’

And, at the end of the day, Ol’ Bill had taken Frank Sinatra’s pal for a cool five grand. And then my Dad’s brush with the legendary entertainer became, well, legendary.

Dean suggested that he and my Dad head to the airport and take his private plane to Las Vegas. Yep, Martin wanted a chance to get his money back.

Through the years, my Dad wouldn’t say exactly what happened on that trip to Sin City. He didn’t have to. The $100 dollar bill autographed by Martin remained one of his most prized possessions his entire life.

Posted by dino martin peters at 7:18 AM

Great story! Love these real life Dino-encounters! So so lucky! WHY COULDN'T IT HAVE HAPPENED TO ME GOD???!!! Hahaha!

Our Dino did indeed love to gamble.

Years ago, a shopkeeper in Steubenville told me that our Dino picked up the love of gambling during his days in Steubenville, where there's always a poker game going on.

A fried of mine played blackjack with our Dino many years ago. It was a high stakes game, of course. This friend wouldn't tell me who won the game, so I suspect that our Dino did.

This friend of mine said that our Dino was a serious poker player and nursed a few drinks the entire night long so as to stay on top of his game.

Hey pallie, likes Danny-o, I have always wished that I woulda somehow, someway made my way to Cali as a young adult to find a way to come into the immediate presence of our Dino....likes hangin' our at the Candy Store Discotheque where our Dino so so often made the scene with his amores in the swingin' seventies. Keeps lovin' our Dino!

Hey pallie, likes Miss AOW, thanks so so much for sharin' 'nother of your Dino-tales....how wonderful that 'though you never ever have had your own personal Dino-encounter, you have known 'nother of folks who have...and how how cool is that! Thanks for all your patter...and, of course, likes keeps lovin' our most beloved Dino!