Dean Martin's version is the most popular

Hey pallies, likes great great Dino-news is always always worth repeatin'.  So likes on this 18th day of Dino-winter-month, now only a mere week away from Dino-winter-day we 'gin share the report that our Dino is numero uno in speasonal crooin'.  From the annuals of the the blog "Vintage Vinyl News" comes 'nother report from the music pallies at ASCAP that the seasonal song "'Let It Snow! Let It Snow! Let It Snow!' has aired more times than any other holiday song this season."

And likes, whose ver-si-on of this wintery classic in numero uno?  likes we first reported yester-Dino-day....our one and only Dino's swingin' snowin' recordin'!!!!!  How thrillin' to share this second announcement 'bout our Dino's croonin' of "Let It Snow" havin' more air play then any other seasonal song durin' the 2013 winter season.  And, likes we sez 'gin....just 'nother cool cool indication of the fannin' of the flames, the heatin' up of the Dino-revolution all 'round the globe!

Gotta sez pallies, likes this news simply makes ilovedinomartin all the more proud of our humble efforts of liftin' up the name of our Dino and seekin' to help pallies grow in their knowin', lovin', and honorin' of our most beloved Dino!  This news is indeed the bestest of best Dino-presents that any true true Dino-devotee coulda ever hopes to gets for Dino-winter-day!!!!!

We thanks the pallies at "Vintage Vinyl News" for sharin' this most most excitin' Dino-news with their readership so likes that we coulda pass it on to all youse Dino-addicts.  To checks this out in it's original format, simply clicks on the tag of this here Dino-report.  And, likes pallies we have 'gin  included a youtube vid of our great great man croonin' his numero uno wintery tune.  Totally Devoted To Our Dino, DMP 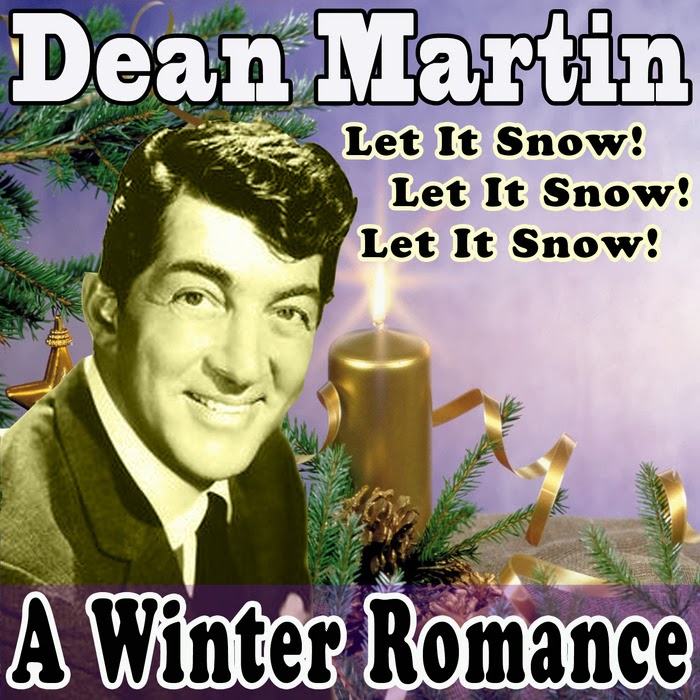 ASCAP has once again released their list of the most-played holiday songs. This annual list only reflects songs that are represented by ASCAP with those published by BMI companies not included.
ASCAP President and CEO Paul Williams said "The holiday songs on this list are some of the most beloved pieces in all of ASCAP's expansive repertory. They hold a special place in all of our hearts and prove the timelessness of a well-crafted song. As music is easily one of the most defining aspects of the holiday season, I'm certain we'll be listening to these tunes for a long time to come."
Since November 1st, 2013, Let It Snow! Let It Snow! Let It Snow! has aired more times than any other holiday song this season, ending the four-year reign of previous list-topper Sleigh Ride. The holiday favorite was written by lyricist Sammy Cahn and composer Jule Styne in Hollywood, CA in July 1945 on what was the hottest day of the year. A song about making the most of a snowy day by spending it with a loved one by the fire, it was first recorded by Vaughn Monroe and has since become a holiday standard. And as is the case with many holiday standards, Let It Snow! Let It Snow! Let It Snow! continues to be re-recorded by contemporary artists year after year. Most recently, covers by ASCAP members Jewel (2013), Rod Stewart (2012), Glee's Darren Criss (2011) and Lady Antebellum (2010) have boosted already impressive airplay. Though Dean Martin's version is the most popular, countless other covers of the tune have been recorded by a wide range of artists, including Frank Sinatra, Herb Alpert, Carly Simon, Michael Bublé, Andy Williams and Boyz II Men.
Here are the top ten Christmas songs for the year with the composers and the most popular version.

DMP,
I'll be linking to this post at my site tomorrow -- with a hat tip to you, of course.

I have to post at least one Dino song during the Christmas season!

I chose a different video -- one with over 17 million views since 2008! Stop by. The images aren't of our Dino, but they add atmosphere. Not that our Dino needs more atmosphere, of course!