Dean Martin Celebrity Roasts, just released on DVD in time to give for Xmas presents!

Hey pallies, likes I knew that we here at ilovedinomartin woulda gets 'round to doin' a least one more feature on the recently released Dino-roast before we end up at Dino-winter-day 'cause, likes we are certain that this will be  very popular Dino-treasure to gift other Dino-holics with in this season of Dino-sharin'.  And, likes we are please as some spiked Dino-punch to be able to feature our truly truly sold-out to Dino pallie, Jesse's Dino-roast post from his very very cool blog, "Just A Car Guy."

Jesse is accentin' the 6 DVD set, "The Dean Martin Celebrity Roast Collector's Edition" from the pallies at Time-Life/StarVista, while also referrin' to the complete 25 DVD set of the Complete Dino-roasts.  Jesse has chosen to share some great great pixs from the Dino-roast....likes we are mighty partial to the one of our Dino enjoyin' his smoke while listenin' to the patter of Mr. Evel Knievel.

ilovedinomartin thanks our  cool cool Dino-addicted pallie Jesse for this just-in-time plug for the recently released Dino-roasts.....indeed, likes as we have said, a grand and glorious Dino-giftin' opportunity for those Dino-devoted pallies at your list.  To checks this out in it's original format, simply clicks on the tag of this  here Dino-report.   Dino-always, ever, and forever, DMP


Dean Martin Celebrity Roasts, just released on DVD in time to give for Xmas presents! 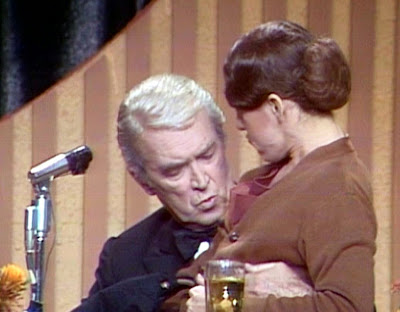 I start with Jimmy Stewart and Ruth Buzzy. If you've seen Ruth at work, you'll know why, if you haven't you are in for a great experience.... Ruth was one of the funniest in comedy in my opinion, her jokes were the best, and her shtick was funny too 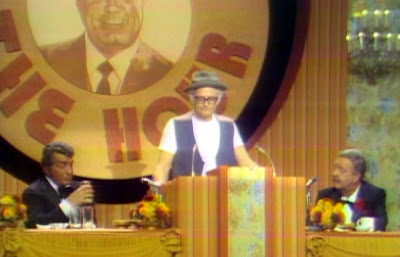 I've always loved the Honeymooners, because the interactive humor between Art and Jackie was so superb 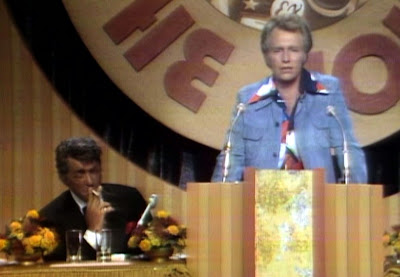 Evel Knievel, a Bronco, and a tractor too? Yup, among the incredible list of Hollywood legendary stars he had Evel on a panel, and the below clip from his (Dean's) show 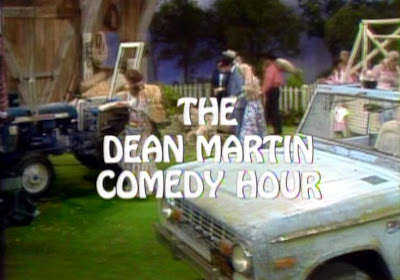 Now, Don Rickles plays a big part in every roast, and that incredible "drunk" performer Foster Brooks did a great job every time. Some of the legends that are featured are Johnny Carson, John Wayne, Sammy Davis Jr, George Burns and Bob Hope are in several, Jack Benny and Milton Berle are in several as well, Jimmy Stewart surprised me that he is in so many.

There are several extras, featurettes and interviews also.

for more info: http://timelife.com/?utm_source=google&utm_medium=ppc-search&utm_campaign=Y11GGSBGTL&utm_term=www%20%2Bstar%20%2Bvista
Posted by dino martin peters at 7:12 AM

This is a great idea for Christmas for the Dino fan on your list.

Hey pallie, likes right on Scotty man....I knows that it is certainly on my list of desired Dino-treasure. Keeps lovin' our Dino...and thanks for droppin' some patter!