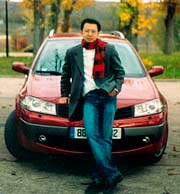 Hey pallies, through the efforts of google blog search, we 'gain get to share 'nother totally totally rad reflection on our Dino as Matt Helm. This time 'round we visit with our swingin' pallie Mr. Jack Yan, CEO of Jack Yan & Associates, a global media and communications company. Mr. Yan hails from Wellington, New Zealand and is truly a Dino-holic's Dino-holic.

Been a long time since we have been able to feature Yan's Dino-devotion, last time bein' Tuesday, December 09, 2008 when Jack pattered on "Dean Martin, one of the Backstreet Boys." Today, we get to feast on Mr. Yan's revisitin' of Helmer numero 4, "The Wrecking Crew." First viewed by Jack at the tender age of 5, he got the opportunity recently to view it again after a laspe of over 30 years.

It is likes so so cool to read the huge impact that "The Wrecking Crew" had on Yan as a wee one, in that after all of these years he still remembered quite a number of "visuals" that he "recalled, nearly perfectly." How likes outstandin' that our Dino left such stunnin' memories on little Jack at such an impressionable age of development.

Likes loves the tag of Mr. Yan's Dino-reflections..."I wanted to grow up and be the Dean Martin version of Matt Helm." Afer simply viewin' one of the Helmer capers once, it set young Yan in the straight Dino-direction for the rest of his life! That's the amazin' power that our most beloved Dino has on so so many of us pallies!

Yan's Dino-remembrances brings back some cool Dino-reflections of my own. While I was a bit older before I saw my first Matt Helm flick on the tube, likes I believe it was closer to my early teen years and my first Helmer exposure I believe was numero duo, "Murders' Row," I too, was transfixed by our amazin' man as the amazin' Matt Helm, and indeed I too became a totally totally sold out Deanager wantin' likes Yan to grow up to be "the Dean Martin version of Matt Helm."

Cool to know that Jack and I are on the same Dino-page as to our fav Helmer..."Murders' Row." Cool to read all of Mr. Yan's Dino-devotion and how it continues to this very Dino-day! ilovedinomartin is delighted to again express our Dino-appreciato to Mr. Jack Yan for sharin' such a personal Dino-testimonial with all his readers, sure to help many many pallies come deeper devoted to our one and only Dino! To view this in it's original format, likes just clicks on the tag of this Dino-patter. Dino-thrilled, DMP

As a child growing up in Wellington, there were a few TV series that shaped my beliefs about being grown-up in the occident. The ﬁrst I’ve written about before: The Persuaders, which is in part where this blog gets its name. I’ve probably mentioned Return of the Saint elsewhere, not to mention the plethora of TV detectives and cops. It’s the old-fashioned idea that good beats evil, and that one man can make a difference.

But there was also one movie that appealed to me. Tonight I watched, for the ﬁrst time since the 1970s, The Wrecking Crew. This was the ﬁnal Matt Helm spy pic starring Dean Martin, and it’s amazing what sticks in your memory from age ﬁve, when this was aired on television. Considering my memory goes back to c. nine months, I realize remembering stuff at ﬁve is not that remarkable, but I surprised myself at what visuals I recalled, nearly perfectly.

It may have also shaped my idea that when you rescue the girl, you have to sing like Dean Martin. If anyone wants to lay blame somewhere for my impromptu crooning at parties (or, more embarrassingly, at restaurants), this is where it all started. This is also why I sing ‘Everybody Rock Your Body’ to the tune of ‘Everybody Loves Somebody’.

As a child, I had no idea there was a series of Matt Helm ﬁlms. So, as a teenager, I began renting them or recording them off telly. When I saw Murderers’ Row air on TV1 in 1982, I set the video recorder to tape it, but could see nothing from it that I remembered from the ﬁrst time I watched a “Dean Martin spy ﬂick”—I could not remember the title of what I had seen in 1977. At ﬁve, I actually didn’t care.

Then there was The Silencers, actually the ﬁrst movie, rented at the Kilbirnie Video Centre around 1990. Hmm, still not the one I saw. I then rented The Ambushers, the only other one they had there—still not it. So, by process of elimination, I knew it had to be the last one, The Wrecking Crew—or I could not trust my memory. Finally, thanks to DVD, over three decades on, I was able to relive what I saw as a ﬁve-year-old—and it was this one after all.

This gives you an idea of what piqued my interest as a child. 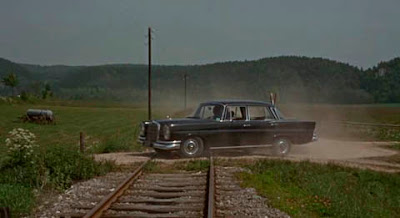 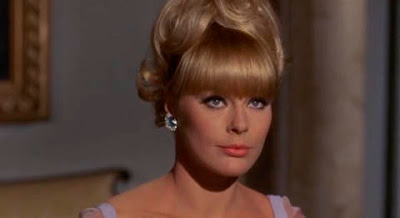 2. Elke Sommer. Probably not due to the fact that I was a perve at age ﬁve, but that she was the model ﬂogging Lux soap on telly at the same time. (If I was a perve, then I would have noticed Elke’s very low-cut dress in her ﬁrst scene. Then again, I remember the dancers from The Monte Carlo Show, but I was eight by then.) 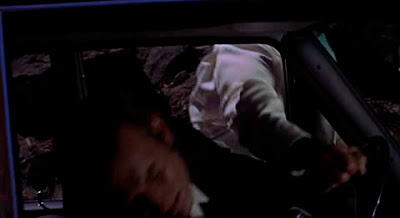 3. Dino punching some guy in a Merc and running off. 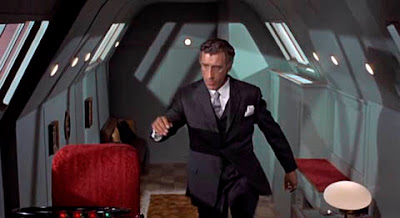 4. This set, meant to be the interior of a train. 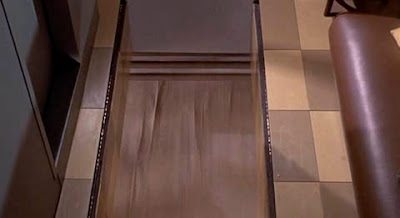 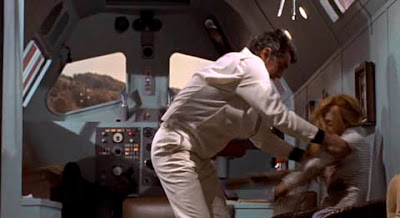 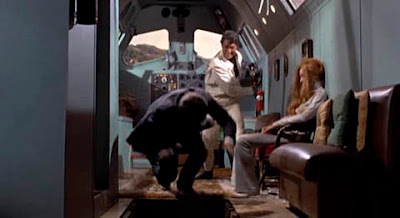 7. Dino making sure Nigel’s stuntman did fall through.

I presume I knew who Dean Martin was probably because of my mother, who explained it—this was back in the day when parents made sure that what you watched was OK before they went off and prepared dinner. I can’t remember what was on the other channel, but I must have enjoyed this sufﬁciently to have stayed with it—and there were no remote controls for Philips K9 sets.

Might have to watch it again tonight. It was genuinely ridiculous, but certainly better than The Silencers (whose theme you still occasionally hear on Groove 107·7 FM here in Wellington) or The Ambushers. Watch out for the second-unit actors on location and the fact that Dino and Sharon Tate stayed ﬁrmly in Hollywood; the fake grass on top of padding which moves when Dino pushes down on it; the director’s expectation that we could believe Dino’s character could build a helicopter from bits in a few minutes; and the really bad ride Mac (the boss) has in his Lincoln Continental.

I’d still pick Murderers’ Row as the best one of the lot, thanks to Ann-Margret being very groovy, Dino’s Ford Thunderbird with rear lights that doubled as a dot-matrix display, the Lalo Schifrin score, and Karl Malden being evil.
Posted by dino martin peters at 7:06 AM