Hey pallies, likes Dino-amore-day 2014 has arrived dudes and we are already thrilled to have shared with you a reprise of a very special edition of Ed's Epistle first shared last Dino-amore-day.  And likes, likes today we also wanna shares with you some of our most most fav bits of absolute, total Dino-amore!  Likes above is a gif from our most beloved Dino's one and only MTV vid of "Since I Met You Baby" directed by his youngest boypallie Ricci James....and besides the gif you will find the entire youtube vid at the end of this Dino-gram as well.

In addition we shares one of our Dino's most wondrously wonderful poses, we believe shot at the time of his filmin' of his last major starrin' role on the big screen in "Mr. Ricco."

And, likes lastly, we simply couldn't resist sharin' 'gain the From-The-Bottom-Of-His-Dino-Heart Prose scribed by one of our Dino's  most devout devotees , truly true  Deanager Richard L. Sykes.  It first appeared  'bout a year and a half 'go at his self-tagged blog, and likes we have shared it here a number of times since.    As all you Dino-philes knows, our most beloved Dino truly truly wanted to put the accent on youth, and Sykes' huge huge homage of our Dino shows how purely and truly so so many of today's youth are more then ever turnin' to the life, times, and teachin's of our King of Cool as role model perfecto.

So, likes on this day of Dino-amore, ilovedinomartin wishes you your best Dino-day ever and likes challenges as youse pallies to do all in your power to make your Dino-love known far and wide.  Dino-always, ever, and only, DMP  btw, to reach Mr. Sykes ode of amore to our Dino in it's original source, simply clicks on the tag of this here Dino-gram. 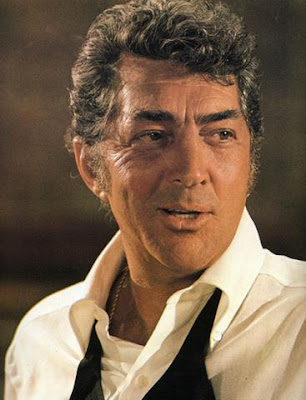 I cannot even begin to describe how much i love this artist. He’s the best, the classiest, most talented man to have enver lived. Okay that might be opionated slightly but I think many would agree that Martin is a class act. I remember when I first really started to love Dino, it wasn’t even a year ago when I clicked on a video posted on my blog. The video was of the Rat Pack (Frank Sinatra, Sammy Davis Jr. and Dean Martin) playing at a gig with Ed Sulliven. The way he sang, the swave of his voice, the smooth classy feel to him brought chills to my spine. I remember at that moment, I wanted to be him, and ever since that, I have promised myself that I would transform myself to a man of his caliber. There are just aren’t enough words to describe it.

This video never grows old for me. I love it!

Hey pallie, likes Miss AOW, I so so totally totally 'gree with these Dino-sentiments as well..."This video never grows old for me. I love it!" It is absolutely timeless in it's Dino-perfection! Happy Dino-amore-day to you as well...and most most importantly, keeps lovin' our most most beloved Dino!