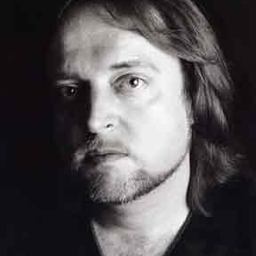 Friends, we are saddened to report that Mr. Nick Tosches, the brilliant biographer of our most beloved Dino died Sunday, October 20 at his Manhattan home at the age of 69.  A noteworthy number of writers have taken their turn at retellin' the life, times, and teachin's of our Dino, but, we believe, for most of all us Dino-philes nobody else as ever come even close to coolly capturin' our Dino's life journey as Mr. Tosches'  1992 beautiful bio, "DINO:  Living High In The Dirty Business Of Dreams."

The folks at google Dino-'lerts have sent us a number of emails relatin' to Mr. Tosches' passin', and today we have chosen to share one scribed by  Mr. Bruce Haring (pictured on the right) at the Hollywood news blog tagged "DEADLINE."  Below are the portions of the prose that speak of Tosches' wondrous work of sharin' our Dino's larger then life legacy.   We particularly are marvelously moved by Tosches'  description of our Dino as "a mob-culture Renaissance man."

We thank Mr. Bruce Haring and the folks at "DEADLINE" for sharin' the news of Mr. Nick Tosches' departure from our planet.  To checks this out in it's original source and read the story in total, simply clicks on the tag of this Dino-gram.  In the days ahead we plan to honor Mr. Tosches and his incredibly immense Dino-bio.  We will return on the 'morrow with more news from off the web of his passin' 'long  more supreme  selections of his deep deep Dino-prose.

Nick Tosches, a former rock critic whose biographies and novels made him one of New York’s most respected writers, died today at his Manhattan home. He was 69 and his death was confirmed by a friend, who could not provide a cause.

Perhaps his biggest work was 1992’s Dino: Living High in the Dirty Business of Dreams, a profile about Dean Martin that stripped away the show business veneer to get at the essence of the man.

“Recordings, movies, radio, television: He would cast his presence over them all, a mob-culture Renaissance man,” he wrote of Martin. “And he would come to know, as few ever would, how dirty the business of dreams could be.”
Posted by dino martin peters at 7:41 AM

This is awful news indeed, pals! We've lost one of our BIGGEST & COOLEST interpreters of our one & only, Dino! Nick Tosches definitely "GOT" Dean Martin. He expressed the man like I have never heard 'nother do, & I will bet we never hear 'gain. RIP, pallie.

Hey pallie, likes Danny-o, we would goes so Dino-far as to sez that Mr. Nick Tosches WAS THE
"BIGGEST & COOLEST interpreters of our one & only, Dino!" No one told the Dino-story like the brilliant biographer Mr. Nick Tosches. Keeps lovin' 'n sharin' our one, our only DINO!