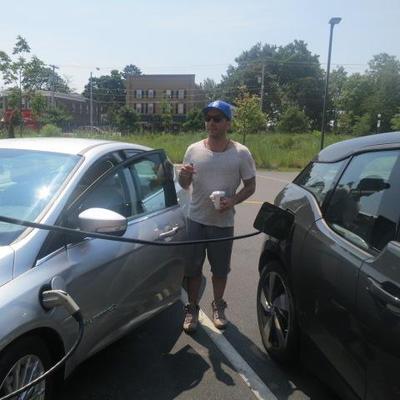 Hey pallies, likes with all the patter on the ol' net 'bout  Mr. Quentin Tarantino's big screen epic "Once Upon a Time in Hollywood" givin' awesome attention to our Dino playin' swingin' spyster Matt Helm in the final Helmer, "The Wrecking Crew," likes, of course, we here at our humble little ilovedinomartin conclave has been very very much in a Helmer state of Dino-mind.  So, likes when our pallies at google Dino-'lerts sent us to the new-to-ilovedinomartin blog "Showbiz Cheat Sheet" with a reference to our Dino as Matt Helm, we were perfectly pumped to checks it out.

Before we continue, likes we gotta 'fess up that we don't watch a ton of the small screen and even though  we've heard that "The Sopranos" has made remarkable references to our Dino we ain't viewed this series.  Of course, we nows wants to checks it out for Dino-sure!    Likes  youse will read below that " Episode 13 of Season Two ('The Knight in White Satin Armor') has the Dino-Helmer ref, 'You’re like a double agent now, huh? F—kin’ Matt Helm.'"  Schaal perfect prose tells the behind the scenes story 'bout how this Dino-ref almost got removed from the episode and why.  We are totally totally thrilled that it remained in tact and that Eric has shared a youtube vid of this monumental Dino-rememberin' moment on the Sopranos.

Hats off to Mr. David Chase who in his wisdom made the decision to keep the Dino-ref in, to Mr. Eric Schaal for creatin' this poetic prose to tell the story , and to the swank site "Showbiz Cheat Sheet" for puttin' the story in print all the world wide web.  To checks this out in it's original format, simply clicks on the tag of this Dino-report. 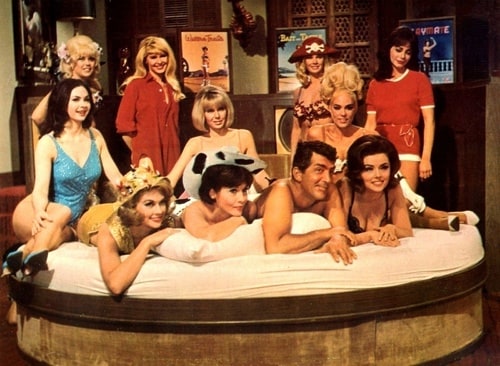 Long after The Sopranos had wrapped, creator David Chase still wondered whether his classic HBO show was a comedy or a drama. “To this day, I’m not really sure,” he said. Fans of The Sopranos know exactly what Chase meant.

For every time Paulie Walnuts shot someone in his way or smothered an old lady with a pillow, you heard him tell a half-dozen jokes while going about his business. Whether referring to A.J. as “Van Helsing” or demanding his Tupperware back from Big Pussy, Paulie often had viewers in stitches.

Tony Soprano, played so memorably by James Gandolfini, also had countless one-liners over the years. No matter how miserable he got, Tony always seemed ready to crack up someone in the room.

Conversations between Tony and Uncle Junior (Dominic Chianese) yielded a good share of belly-laughs. However, there was one great line Gandolfini thought wouldn’t work and wanted it removed. Fortunately, it stayed in the episode.

Gandolfini doubted a Matt Helm reference would hit the mark.


In Episode 13 of Season Two (“The Knight in White Satin Armor”), a power-hungry Richie Aprile (David Proval) decides to move on (i.e., kill) Tony. Unfortunately for him, he takes Tony’s Uncle Junior into his confidence. (Junior himself gave the concept a go at one point.)

After considering his options, Junior decides Tony is the one to stick with, so he informs his nephew about the plot to kill him. Tony, with his typically sharp instincts, asks why Richie would trust Junior with the information. Junior bluffs, saying he was “playing” Richie.

According to Allen Coulter, the director of the episode, Gandolfini wanted to have the line changed because he didn’t think anybody would get the joke. In a Sopranos oral history published in Vanity Fair, Coulter noted how changes to the script did not happen lightly.

“You did not change lines; you didn’t change anything unless you got permission,” Coulter said. So he contacted David Chase on behalf of Gandolfini. After considering it, Chase told Coulter to stick with the line because “somebody will know” who Matt Helm is. He was right, of course.


The reference goes perfectly with Junior’s crush on Angie Dickinson.


Gandolfini did have a point about the reference. In the year 2000, younger viewers probably weren’t familiar with Helm, a counter-agent played in spy comedies by Dean Martin. But Tony wasn’t talking to his son A.J.; he was speaking to his old uncle who loves classic films.

In short, the reference was perfect. (Martin’s Italian-American ancestry makes it a home run, in fact.) Meanwhile, it fit splendidly into conversation with a man who still pined over Angie Dickinson (not, say, a more iconic star like Marilyn Monroe).

Just as Junior lusted after Dickinson — who starred opposite Martin in Rio Bravo –and not Monroe, so Tony’s reference hit Helm/Martin rather than James Bond. Just listen to the line the way dozens of other shows would have had it: “Who are you, James Bond?”

Thankfully, Chase had no intention of fulfilling his star’s request. and the line still sounds brilliant to this day.

Haha!! I 'member this one! So so funny, pals...'cause I was thinkin' the same exacto thin', when I seen it! Haha!! I was sayin' to myself..."Man o man...I wonder if many peeps watchin' this even knows who Matt Helm is! Haha!! So funny youse picked this for your postin, pallie! And youse should DEFINATELY checks out ALL the Sopranos youse can, pal.
Lots of Dino "stuff"! Tunes, references, etc. Lots of vulgar talk though, as well. Haha!!

Hey pallie, likes Danny-o, we a supremely sure that the Sopranos have and will continue to bring many into deep, pure, and true devotion to our most most most beloved DINO! Keeps lovin' 'n sharin' our one, our only DINO!