Probably second only to Dean Martin as someone who could make her laugh.” 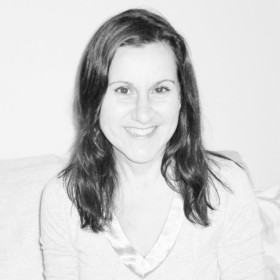 Hey pallies, likes as we so so often sez, youse just never ever know where the name of our most beloved Dino will turn up next.  Likes recently our good pallies at google sent us a Dino-'lert 'bout reverent rememberin' of Miss Lucille Ball's decades long sidekick Miss Vivian Vance on the 40th anniversary of her death.  So, likes by nows youse are probably askin', "What is the connection between Miss Vivian Vance and our King of Cool?"  Keeps readin' and youse will find out pallies.

From the 'net pad tagged 'INQUISITR" comes the reflection, "Vivian Vance: Remembering Lucille Ball’s ‘I Love Lucy’ Sidekick 40 Years After Her Death," scribed by Miss Victoria Miller (pictured on the left),  Miller's bio tells us that she  is a freelance writer with more than 10 years experience writing for major entertainment websites. She specializes in TV, arts and entertainment articles, and informational web content.

While honorin' Miss Vance and her long time workin' friendship with comedienne extraordinaire Miss Lucille Ball, Victoria drops a Dino-compliment scribed by writer Mr. Tom Johnson and posted by Fox News that "She (Lucy)  genuinely thought Vivian Vance was a crackup. She loved her. Probably second only to Dean Martin as someone who could make her laugh."  That's a complete compliment for Miss Vance and an even cooler compliment for our one and only Dino.

We gotta fess up that we draws such deep deep Dino-delight to know that one, if not the greatest comedienne of all times, Miss Lucille Ball named our Dino as THE ONE who was numero uno in gettin' her to cracks up.  We thanks Miss Victoria Miller and the pallies at "INQUISITR" for sharin' this noteworthy Dino-news with the wider Dino-world.  To checks this out and read the prose in total, simply clicks on the tag of this Dino-message.

And, pallies this Dino-gram gives us the primo op to share two choicest of choice Dino-vids from the annals of youtube that feature our Dino and Miss Ball makin' funny.  The first is the full episode from the Lucy show tagged "Dean Martin Dates Lucille Ball.  It's classic Dino.  The second is a supreme skit from the Dino-show where Lucy plays a guest in the audience that our Dino brings on stage to patter with.  We gotta sez, it totally totally shows the comedic chemistry that our Dino and Miss Lucy had together.

In an interview posted by Fox News, Tom Johnson, co-author of the book Hollywood Heyday, revealed that Lucy “thought the world of Vivian.”

While the two sometimes had artistic differences — Vance didn’t love being known as the “frumpier,” older friend on I Love Lucy— her only real beef was with William Frawley, the actor who played her on-screen husband Fred Mertz. Vance reportedly didn’t like being linked to Frawley, who was 22 years her senior.

“They were at each other all the time,” Johnson confirmed.

Johnson added that Vivian was one of the few performers who could actually give Lucille “a real belly laugh.”

“She genuinely thought Vivian Vance was a crackup. She loved her. Probably second only to Dean Martin as someone who could make her laugh.”


Posted by dino martin peters at 8:04 AM

These are classic comedy skits, for sure, pals! I has the "Lucy dates Dino" saved on my dvr…& watch it at least once or twice a month. For sure they had a fun fun relationship & can see how well they flowed with each others routine. Two legends the world will not see the likes of 'gain. But as I likes to keep in mind...We had them durin' our lifetimes, mi amici. Not everyone will gets to say that. Be proud! It truly was our honor & blessin'!

Hey pallie, likes Danny-o, while the Dino-legacy will glow and grow stronger with each passin' generation, there is somethin' sweetly special to have lived a goodly part of our lives in the days when Dino walked the earth. Keeps lovin' 'n sharin' our mighty marvelous majestic DINO!