Hey pallies, likes  it was 46 years ago this very Dino-day, April 25 in the year of our Dino 1973, that our most beloved Dino marched himself down the aisle a third time and promised to love, honour, and cherish his youthful bride, Miss Catherine Mae Hawn.    As you look at the stellar weddin' poses, you can certainly certainly see how very very  much our Dino and Miss Cathy were in amore. Unfortunately our Dino's marriage to wife numero 3 lasted less then 3 years.

Below is a pix of our Dino on his weddin' night with three of his daughters, Deana, Claudia, and Gina.  Don't our Dino looks so so dashin' with his girlpallies by his side?!?!?!?!   Likes below the pix are some more  details of the weddin'. 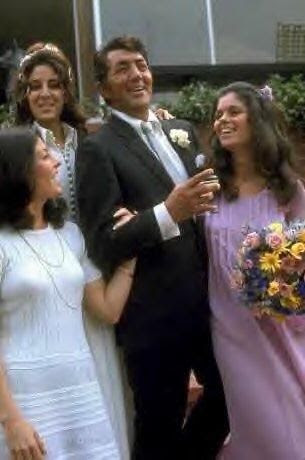 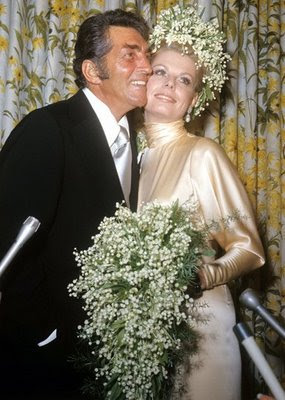