Carey explained his favorite musician is Dean Martin, “because he was so funny and a very complex but talented man.” 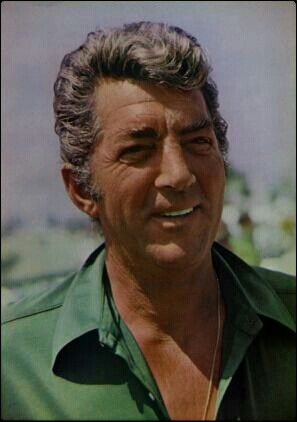 Hey pallies, likes pallies we are purely, profoundly pumped to share today's edition of Dino-devotion with all youse Dino-holics ' 'cause it's a totally totally  touchin' 'n tender testimonial from yet 'nother of today's youthful Dino-devottes.  From the online presence of the collegiate newspaper, "The Tower," The Catholic University of America's Independent Student Newspaper since 1922 come a post tagged, "Freshmen Try Out for University A Cappella Groups," by Miss Kat Kaderabek.

Miss Kaderabek wonderfully writes 'bout a group of new freshmen at this outstandin' university who have been tryin' out for a spot in one of two a cappella groups.  One of these first year students is Mr. Chris Carey, who was chosen as "a new Take Note member, one of the two groups, and pallies he is a true Deanager.  As youse read in the tag of this Dino-gram and you will read below, Chris' fav musician is none other then our most most most beloved Dino.  Carey sweetly states three reasons for his awesome appreciato for our Dino..."because he was so funny," "very complex," and "talented."
Seems that Mr. Chris Carey, at his tender age, truly truly "gets Martin."

We thanks Miss Kat Kaderabek for her great reportin' for "The Towers," and likes, of course, freshman Mr. Chris Carey for so openly and affirmatively sharin' his deep delight in our one, our only Dino.  To checks this out in it's original source, and to read the prose in total, simply clicks on the tag of this Dino-message.


Freshmen Try Out for University A Cappella Groups
Posted on September 13, 2018

A competitive group of freshmen audition every year for the two Catholic University a cappella groups, Take Note and Redline. They are all a bit nervous to be performing a pop song in front of the most seasoned members of their perspective groups. Their fate was held in number two pencils. After a round of callbacks, the select few freshmen were notified they had been accepted into the world of collegiate a cappella.

“The end product is always what inspires me to perform,” said Chris Carey, a new Take Note member. “I can’t wait until it is time to present the hard work, and the understanding that the art was felt by someone or anyone is very special to me as a performer.”

While there are deep, personal stories behind every performer’s motivation, there is also a special artist who first introduced them to great music. Carey explained his favorite musician is Dean Martin, “because he was so funny and a very complex but talented man.”
Posted by dino martin peters at 8:33 AM

Smart kid, this Chris. When you start the Dino-learnins’ at a young & tender age...youse is sure to lead a happy & prosperous life! ;)

Hey pallie, likes Danny-o, which reminds us to quire...how are the Dino-learnin's goin' for your two prodigy? Keeps lovin' 'n sharin' our one, our only DINO!

Well pal...I can definitely say that my young Dino-duo have heard & seen mucho mucho Dino. The teachins’ continue! What they do with this wisdom is to be seen!

Hey pallie, likes Danny-o, keeps up the Dino-edification with your boypallie Nicky G. and your girlpallie Stella G.! Keeps lovin' 'n sharin' our most beloved Dino with those closest to youse and through our humble Dino-efforts here at ilovedinomartin!