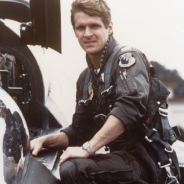 Hey pallies, likes as we were delvin' deeper into People Magazine features on Dino Martin Jr., we discovered perfectly powerful prose scribed my Mr. Ron Arias 'bout a month after Dino Jr.'s death by flight.  In checkin' back, we have shared this touchin' 'n tender tribute here before, quite 'long time 'go, on May 1, 2009 and it can be located  HERE.

Mr. Arias' wonderfully wise words come under the tag "Actor, Athlete and Dashing Pilot, Dean Paul Martin Dies When His Jet Crashes on a Mountainside.  There are a number of amazin' aspects of Arias' work that we coulda quote, but then you wouldn't need to read his original thoughts.  We will share what we most appreciated 'bout Ron's incredible insights, and that would be a quotation from our most beloved Dino 'bout his most beloved namesake boypallie..."I'm proud of him. I'd be proud even if he didn't become a jet pilot, because he's a good boy. He just doesn't know what he wants to be." 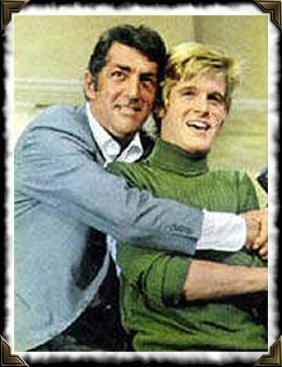 We just couldn't pass up the op to once 'gain pass on to all youse Dino-holics this well written tribute to Dino Jr. by Mr. Ron Arias.  We knows that you will much 'ppreciate gettin' more 'n more insights into Dino Martin Jr..  Likes, we sez our terrific thanks to the pallies at People Magazine and 'specially to Mr. Ron Arias for coolly craftin' this remarkable remembrance on the passin' from our planet of Dino Jr.  As usual, simply clicks on the tag of this here Dino-report.


Actor, Athlete and Dashing Pilot, Dean Paul Martin Dies When His Jet Crashes on a Mountainside
BY RON ARIAS

It was early Saturday afternoon, March 21, and Capt. Dean Paul Martin, 35, was doing what he liked best: piloting an F-4C Phantom jet on a routine exercise for the California Air National Guard. Before takeoff he said goodbye to his son Alex, 14, then taxied out for a flight over the snow-covered, cloud-laced San Bernardino Mountains. Martin’s fully fueled craft, which also carried his weapons officer, Capt. Ramon Ortiz, 39, was the middle jet in a line of three Phantoms. Ten minutes later, at 1:55 p.m. and after unaccountably dropping down from 9,000 to 5,500 feet, his plane slammed into the top of a ravine at 400 mph, killing both men.

Thus ended the hard-driving, golden-boy story of “Dino” Martin, the handsome, multitalented son of entertainer Dean Martin and his second wife, Jeanne Bieggers. As a singer, actor, athlete and pilot, twice married Dean Paul “lived the life of 100 people and had the energy of 200 kids,” says his sometime girlfriend, TV scriptwriter Wendon Swift. Adds Morgan Mason, son of James and Pamela Mason: “His life was fuller than most people 100 years old.”

Yet for all Dean’s efforts to carve a niche for himself apart from the Rat Pack glamour of his father, he never lost his image as a restless playboy unable to focus on a single passion. “The problem with Dean is that he was too good at too many things,” says Mason. “He had a lot of money and he’d spend it freely. He went through Ferraris when he was a kid. He was terrific looking, from a famous family, and he had talent. When you have all those things on your plate—well, it’s hard to resist someone like that.”

At 11, coached by tennis ace Pancho Segura, Dean began playing junior tournaments. At 13, he abandoned tennis and formed a rock band with his friend Desi Arnaz Jr. and a neighbor, Billy Hinsche. The group was called Dino, Desi and Billy and produced several teenybopper hits (remember I’m a Fool?). Eventually Dean returned to tennis at UCLA, where he joined the NCAA championship squad, which included Jimmy Connors. At 19, after two semesters, he dropped out of college to marry 19-year-old actress Olivia (Romeo and Juliet) Hussey, who would become the mother of Dean’s only son, Alex. Within four years they were divorced.

Then in the mid-’70s, the 6′,175-lb. Martin played briefly as wide receiver for a semipro football team, the Las Vegas Casinos (“the most irrational act of my life”), before trying a stint as a race car driver and seriously trying the pro tennis circuit. An avid firearms collector, he was arrested in 1974 for possession of unregistered World War II guns. He pleaded guilty, explaining that he started his collection when he was 12 but forgot to keep up with registration laws. Fined $2,000, he was placed on probation and subsequently gave up the hobby.

After another brief try at college (this time premed studies at USC), Dean continued pro tennis, and although he never rose above 496 in world ranking, he recalled his seven years on the circuit as “the happiest time of my life.” His athletic flair served him well in his lead in a tennis picture, Players, with Ali MacGraw. Meanwhile he returned to flying, a thrill since getting his license at age 16. Encouraged by his mother, who noted that he was the only one among his six brothers and sisters to share her love of flying, he joined the Air National Guard, earning his wings and commission in 1981. The next year, in a star-filled, Beverly Hills ceremony, he proudly donned his dress uniform to marry Olympic gold medalist Dorothy Hamill. Friends for the previous five years, the storybook lovers overcame the strain of constant separation—she was skating and he was on the tennis tour. “Growing up in the celebrity environment,” says a friend, “Dean early on learned how to play it cool, put up the walls. It was a beautiful romance, but living together did them in. He just told her he had to get on with his life.” They were divorced in 1984.

Tina Sinatra, daughter of Frank and a friend of Dean’s since childhood, recalls his supreme confidence. “There was nothing he felt he couldn’t get,” she says. “We were once in a movie theater watching Romeo and Juliet, and Dean pointed to Olivia Hussey on the screen. He said, ‘I’m going to meet her one day and marry her,’ which of course he did.”

Martin began acting in earnest in recent years (landing a lead, for instance, as a science whiz in the 1985 TV series Misfits of Science and as a divorce in the comedy pilot A Single Man), but flying remained a great joy. He eagerly met his Guard requirement, flying about 125 days a year. While aloft, he once said, “The high I get seeing the sun come up is so great that if I die, it would have been worth it.” The irony is that of all Dean Paul Martin’s skills, piloting a jet was his true talent. And it killed him.
Posted by dino martin peters at 11:32 AM

While aloft, he once said, “The high I get seeing the sun come up is so great that if I die, it would have been worth it.” The irony is that of all Dean Paul Martin’s skills, piloting a jet was his true talent. And it killed him.

And we know that it also broke our Dino's heart.

Hey pallie, likes Miss AOW...great thought from Dino Jr......truly prophetic..thanks for liftin' this up. Perhaps Dino Jr. was a fatalist likes his father and mother. Keeps lovin' our most beloved Dino!