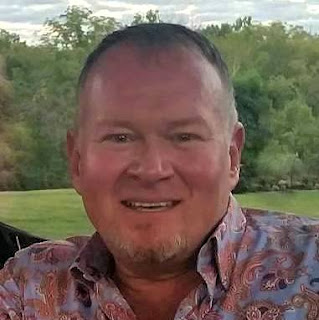 Hey pallies, likes by readin' the tag of today's Dino-gram (without lookin' at the bottom of this post), likes can you guess who the phrase, "Dean was like a second wife to me....." was referrin' to?  Likes of course it's spoken 'bout our most beloved Dino's most beloved partner, Mr. Jerry Lewis.

Likes, we were totally totally thrilled to have Twingly Advanced Blog Search direct us to the blog, "Poseidon's Underworld" where the pallie whose pose is above tags himself "Poseidon3."  Likes all we could discover 'bout him is that he hails from Cincinnati, Ohio.  Recently, "Poseidon3" crafted a post tagged "As the Saying Goes..." that included a quotation from our Dino's partner Mr. Jerry Lewis, which you will read below, that speaks of why Lewis' first wife Patti never spoke a word 'gainst our Dino while he partnered with Mr. Lewis.

We digs the intriguin' insight (that we here at ilovedinomartin absolutely 'gree with" that "Dean was like a second wife" to Mr. Lewis.  Likes we digs even more the coolly crafted image that "Poseidon3" shares of Lewis with his family on the left portion of the picture with a famous pose of our Dino and Mr. Lewis gettin' ready to kiss each other while Patti and Jeanne are in front of 'em and 'nother pose of our Dino below likes he is part of the Lewis clan.

And, we greatly gets why Mr. Lewis made the statement, "I still love Dean, but I don't like him anymore."  As all us Dino-philes know without a Dino-doubt, Mr. Jerry Lewis never ever fell out of love with our Dino, but 'pon their goin' their separate ways Mr. Lewis didn't like him for all that happened in the process.

We thanks "Poseidon3" for this particular post that continues to remind us of the closer then close relationship between our most beloved Dino and his post beloved partner, Mr. Jerry Lewis....as Patti noted our Dino was like 'nother wife to Lewis.   To checks this out in it's original source, simply likes clicks on the tag of this Dino-report. 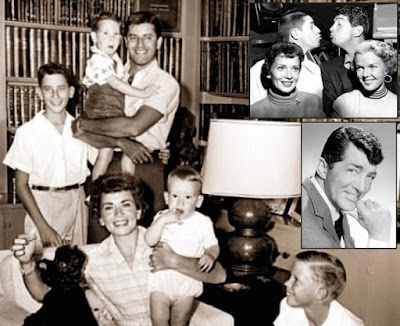 "After the break-up, I asked Patti why she never said anything against Dean, and she told me that Dean was like a second wife to me and that she had no right to speak against him. Isn't that something? ...I still love Dean, but I don't like him anymore." - JERRY (and PATTI) LEWIS on DEAN MARTIN