Hey pallies, likes our Dino-bro of Dino-bros is at it 'gain dudes!  On this first day of a new Dino-week, March 6,  2017 to be precise, as we move ever coolly closer 'n closer to the hundredth anniversary of our Dino's blessed birth, we shares with you our Danny-o's discovery of what he sez is a "Cool pic I never seen," indeed is is a incredible image that we ain't set our eyes on before either.

Posted by Mr. Liam Carter at his blog tagged  "Making Histolines," the "cool pic" is a candid of our most beloved Dino havin' his pallie of pallies, Mr. Frank Sinatra sittin' on his lap durin' the filmin' of one of our Dino's swank sex farces, "Marriage On The Rocks."  Likes wouldn't it be so so amazin'ly awesome to have been on the set of this fab flick to see our Dino and Mr. Sinatra horse playin' 'round?!?!?!?!

We thanks our Dino-devoted pallie Danny-o for findin' and sharin' this evocatively provocative Dino-pose with all us Dino-holics here at ilovedinomartin.  To checks this out in it's original source, likes simply clicks on the tag of this here Dino-report. 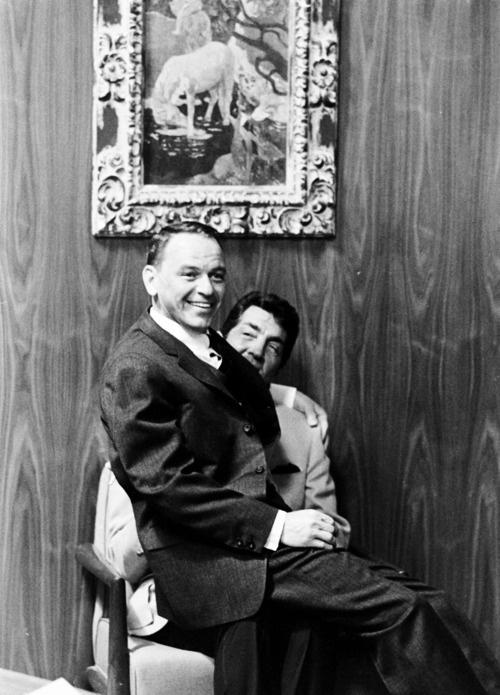 Hey pallie, likes Eddie-o, it the normal world fire woulda trumps ice, but never ever when it comes to our mighty marvelous King of Cool! Keeps lovin' our most beloved Dino!