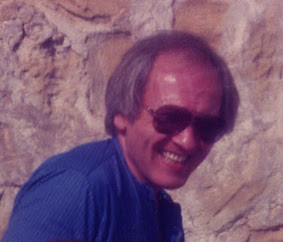 Hey pallies, likes recently while tryin' to play catch up with a month or so of blog posts accentin' our most beloved Dino after bein' away for some time here at ilovedinomartin, we discovered  a fantastically fun potent post from the blog "Blue Sky Prose, And Stuff!," usin' the beautiful blog search engine, "Twingly Advanced Blog Search."  Likes the post "THAT DEAN MARTIN MAGIC" rang a bell with us and we discovered that we had shared it here before on July 21, 2015 and that it can be found  HERE in our ilovedinomartin archives.

That that time we musta thought that the scriber tagged "nigel-a was a she, but by the potent pose 'bove it is a he, and so right off the bat, ilovedinomartin expresses it regret for such an error.  We ain't sure how the error occured, but, of course, we accept full responsibility for the mistake and are pleased to be able to repost nigel-a's Dino-adulation in the from of "an interview ( which might have taken place in my dreams ) at the Sands, Las Vegas, in 1969."

Likes, likes what fun it is to read his marvelously magical "interview" with our main man.  We gotta 'fess up that he is likes better then us in doin' the Dino-lingo and we are gonna have to keeps tryin' to learn from nigel-a's effortless way of speakin' the Dino-language.   And, likes this repost returns   a fine variety of Dino-poses to awesomely accent his Dino-prose.

We always always  absolutely loves findin' and sharin' Dino-devotion that continues to show the internationale nature of Dino-passion, and as nigel-a hails from the United Kingdom this powerful post qualifies as bein' internationale!   Nigel-a's extraordinary efforts are so so coolly creative, makin for a real Dino-treat for Dino-philes everywhere!  We sez our deepest of deep Dino-thanks to Mr. nigel-a for boldly and beautifully professin' his awesome appreciato of our Dino with their readership.  To checks this out in it's original source, simply, as usual, clicks on the tag of this here Dino-gram.

Notes from an interview that I seem to remember having with Mr Dean Martin ( possibly only in my dreams ) at the Sands, Las Vegas, in 1969. 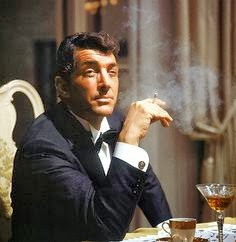 ... when you ran with the Pack why did you allow Sinatra to dominate the group when everyone could tell you had by far the strongest personality ? 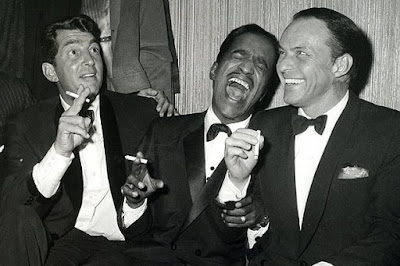 Oh, don't yuh lissen to gossip, kid.  Frank was the King in them days.  I just hung around for the girls.  Gee, those gals ... legs goin' on for ever.  And, boy, could they drink ! 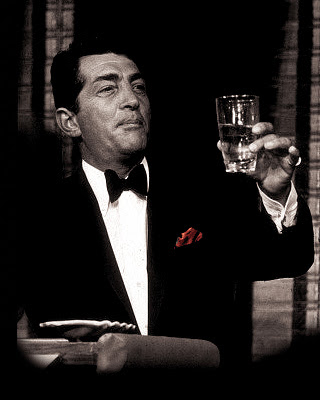 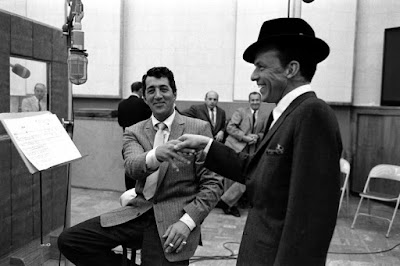 But you fell out with him.  I read you refused to perform in a Chicago club where he had Mob connections.  Didn't Sinatra cut you dead for a long time afterwards ? 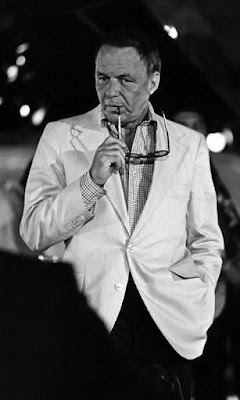 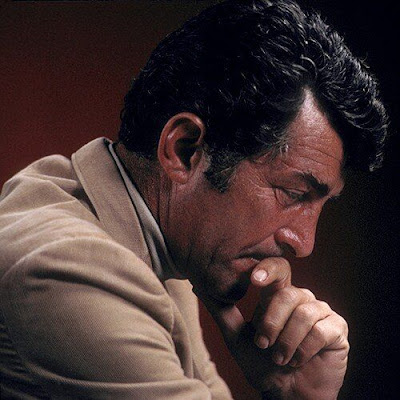 Now yuh shouldn't lissen to those stories, they ain't true.  But supposin' they were ... so what if Frank didn't ring me for six years, so what if the old bastard cut me dead in public.  Frank was the King, an we all wanned it that way. 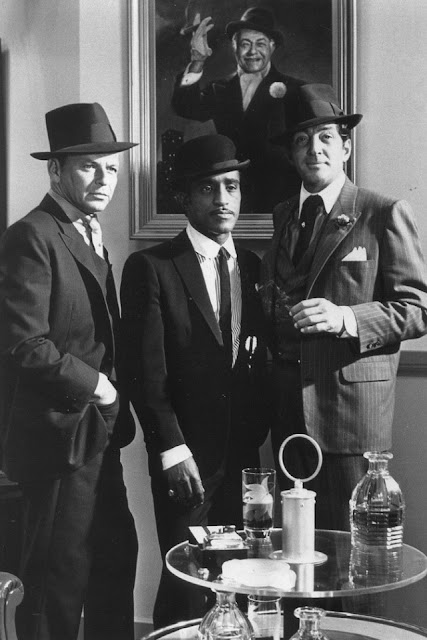 One last question, Dean.  Do you believe Sinatra envied your considerable stage presence and that's why he favoured Sammy Davis ... that he felt more comfortable with Sammy paying him court than with you who wouldn't ? 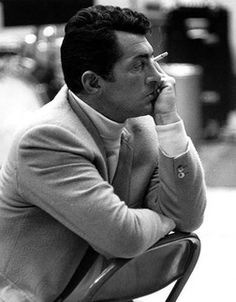 Now that's an interesting thought. Wud yuh like a drink, kid ?  I think this could be a long evenin'. 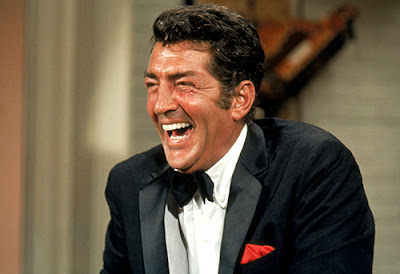 Haha!! Youse is right pal...VERY fun! And seems to be a believable type Dino-interview, too. Cool post!

Hey pallie, likes I knows that we can take a lesson or two from this blogger in doin' proper Dino-speak. Keeps lovin' 'n sharin' our most beloved Dino!

Can't get enough of photos of our Dino!

You're all being very flattering about my piece in which I have attempted to recreate an 'interview' with the great, and hugely missed, actor and entertainer ... the likes of whom may never come our way again. Although I cannot match the enthusiasm you all share as dedicated fans, I wish I'd really spent fifteen minutes in his company ... that of a gifted and humorous man. Oh, and he could sing too !

To dino martin peters ... I'm pretty sure what you do to remind us of Dean Martin would earn you one of his smiles.

Hey pallie, likes Mr. Nigel, we are most pleased with your patter to us and for the ubber unique way that you have chosen to hugely homage our most beloved Dino. Who 'mong us woulda not wanna be in the immediate presence of our King of Cool...none, we dare say. Thanks so much for your wonderful words of awesome Dino-appreciato. Keeps lovin' 'n sharin' our one, our only Dino!