Hey pallies, likes we simply loves, loves,  loves! to find personal testimonials of pallies' delight in our Dino! Today we takes you to the self-tagged blog pad "Jimmy's Journal" where Mr. Jimmy Sullivan holds forth.  Jimmy's post waxes eloquent on his appreciato for our most beloved Dino and his fabulous Celebrity Roasts.

Likes many many pallies, Jimmy caught one of those infamous infomercials focused on our great man's great series of 54 celebrity roasts and as Sullivan sez, "it dawned on me the era was an important part of my life. Likes how very very cool is that dudes?!?!?!?!

Jimmy shares a bit of patter 'bout the format of the roasts and the fabulous variety of the rich and famous who partook of the festivities, as well as a generous 'mout of cool cool photos...certainly helpin' his younger readers to grow in their desire to devote themselves to our Dino, and helpin' his seasoned readers to lovin'ly reflect on this great great time in the life, times, and teachin's of our Dino.

We here at ilovedinomartin salute Mr. Jimmy Sullivan for accentin' our most beloved Dino in this most wonderful way.  To checks this post out in it's original format, simply clicks on the tag of this here Dino-gra .
Dino-delightedly, DMP 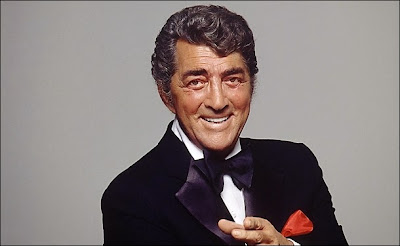 Insomnia is something that I just accept and fortunately, I can sleep when I feel like it. I've found that a lot of my friends deal with it, as well. The other evening, I watched an infomercial for the Dean Martin Roast and it dawned on me the era was an important part of my life.

The Dean Martin Celebrity Roast was an NBC television special show hosted by entertainer Dean Martin from 1974 to 1984. For a series of 54 specials and shows, Martin would periodically "roast" a celebrity. 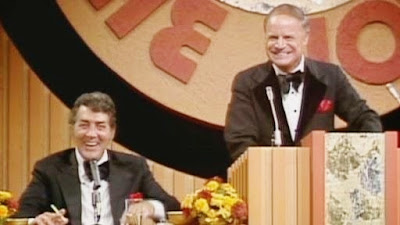 These roasts were patterned after the roasts held at the New York Friars' Club. The format would have the celebrity guest seated on a dais, and one by one the guest of honor was affectionately chided or insulted about his career by his fellow celebrity friends.

Watching a plethora of video clips of some of the most talented people ever assembled was a pleasant trip back to yesterday. Although I may be a bit prejudiced, that irreplaceable era was probably the best in television history. 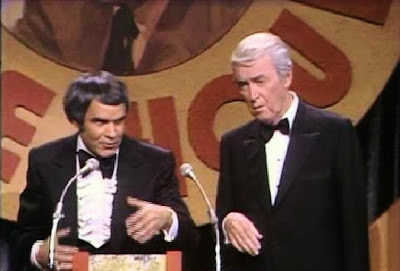 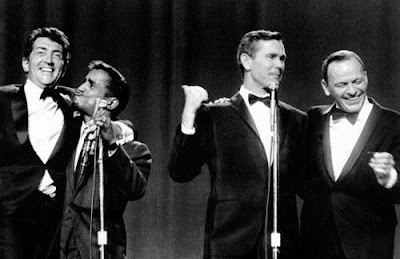 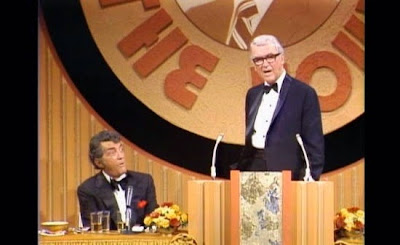 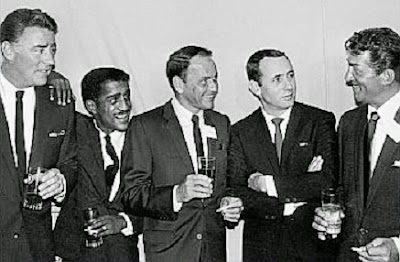