In Purgatory with Peggy Lee and Dean Martin 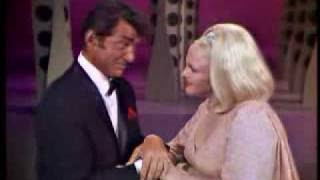 Hey pallies, likes gotta 'fess up that likes when we first spotted today's Dino-devotion via the good o' google blog search, the tag of this post immediately, likes absolutely immediately gots our Dino-attentiado!   Just reflectin on bein' " In Purgatory with Peggy Lee and Dean Martin" sent our Dino-imagination reelin!

Likes as youse will read below, "In Purgatory with Peggy Lee and Dean Martin" is the theme of the middle section of a magnificant work of fiction by French scriber Mr. Jean Echenoz.  Echenoz main character is "Max, a Parisian piano virtuoso" and in the center section of this tome "Max has died and is in purgatory under the supervision of dead celebrities Peggy Lee and Dean Martin."

When we came 'cross this we were absolutely in rapture to find 'nother fine writer, French none the less, accentin' our Dino in this wondrously wise way.  To see our most beloved Dino homaged in this classy way brings us the greatest of joy knowin' that tons of readers of this tome have and will continue to be drawn deeper, purer, truer into the Dino-fold of deep, pure, and true Dino-adulation.  Likes we simply must get this volume for our very own!

ilovedinomartin salutes  Mr. Tony of "Tony's Book World" for writin' his remarkable review of Mr.  Echenoz's book and puttin' us on to 'nother wonderful way that our most beloved Dino has been shared with the wider Dino-world through writin'  To checks this out in it's original format, simply clicks on the tag of this Dino-report.  And, while we were at it, we have selected a trio of youtube vid clips of our Dino and Miss Lee makin' marvelous music together on the one and only Dino-show!  Enjoys pallies!
Dino-forever and ever, DMP 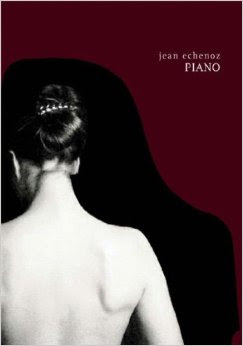 ‘Piano’ is a wilder ride than usual into Jean Echenoz land.  Here we have the story of Max, a Parisian piano virtuoso.  We follow him as he battles stage fright and longs for some alcoholic drinks before each performance.  That’s why he has a minder named Bernie who must somehow keep him in check.
But there is trouble ahead.  Even on the first page of the novel Echenoz informs us that ‘He (Max) is going to die a violent death in twenty two days’.  ‘Piano’ is divided into three parts.  The first part has Max in Paris performing concerts.  The second part Max has died and is in purgatory under the supervision of dead celebrities Peggy Lee and Dean Martin.  In the third part Max returns to Paris which now we assume must be an urban zone of Hell.
After reading his two most recent novels, I decided Jean Echenoz is a modern master writer whose backlist would be well worth reading.  Both ‘Lightning’ and ‘1914’ are historical novels written in precise clean prose that I found stimulating and appealing.
‘Piano’, written in 2003, is a much different puppy than these two more recent fact-based novels.  Pianist Max is an obvious creature of the imagination, and his antic journey into purgatory and back to Paris is of course an invention.  ‘Piano’ is a lighter-than-air playful story that put a smile on my face from beginning to end.
As far as I can tell there is no real point to Max’s journey, but in this case any objective is beside the point.  We tag along with Max as he prepares for concerts and finds women to whom he is attracted.  He lives with his sister and has never been married, but there is this woman named Rose from his past and a new woman in his apartment building.  Later when he meets Peggy Lee and Dean Martin in purgatory the story becomes far-fetched but so funny we don’t care.  Max’s adventures after returning to Paris are delightfully wacky.
One thing that sets Echenoz apart from other modern writers is the concision of his prose.  His sentences are not short, but they carry so much detail and feeling that the novels themselves are usually on the short side.

Jean Echenoz
Now that I’ve read both sides of Echenoz, the real documentary side in ‘Lightning’ and ‘1914’ and the surreal whimsical side in ‘Piano’, I can’t decide which I like better.  You would think that these two sides could not exist within the same writer, but there must be some force within Echenoz that conjoins them.
I will continue my exploration of the work of Jean Echenoz over the coming years, because I do believe that he is one of the true giants of the literary world today whose works should not be missed.

Posted by dino martin peters at 7:44 AM

Hey pallie, likes Danny-o thinks what it woulda be like to be under Dino-tutelage in the life after this life?!?!?!?! Keeps lovin' our most beloved Dino!

It is the first time i have seen these video clips and they were not only fun but wonderful to see. Great reading as well.

A real treasure for any Dino fan!

Thanks for bringing these gems to us!

Hey pallies, likes Scotty, you are certainly on a Dino-roll today with all the patter you are leavin' on so so many Dino-posts....we can't say how much we appreciate your appreciato of all thin's Dino! Keps lovin' our most beloved Dino!