Hey pallies, likes as we mentioned in the last Dino-rememberin' post, we likes thoughts it woulda be so so cool to have a "before nose job" pix of our Dino to share with all you Dino-philes. Well, our Dino directed us to search "Dean Martin Before Nose Job" on google and Dino-low and Dino-behold the link to the pixs below came up just like that!  Now that's Dino-magic!

From the tumblr site, "Showbiz Imagery and Chicanery," came these copies of Dino-verts that show our most beloved Dino before he got his nose fixed. Likes we did some searchin' to try and find out who the dude behind this pad is and am pleased to report it appears to be none other then our pallie Kliph Nesteroff, the dude who so beau-ti-fully  scribed that great Dino-history of the Dino's Lodge eatery.

ilovedinomartin sez our thanks to Mr. Nesteroff for performin' 'nother great Dino-deed of supplyin' these much sought after "before" Dino-pixs. To view this in it's original site, just clicks on the tag of this Dino-message. Dino-awed, DMP

btw, pallies likes just loves all the fav Dino-comments shared on this Dino-vert...and of course they simply simply are the Dino-truth! 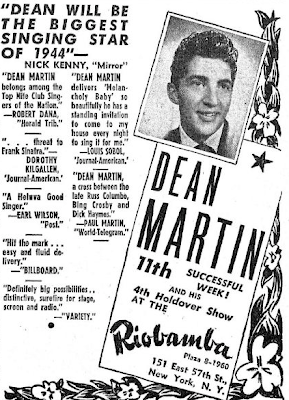 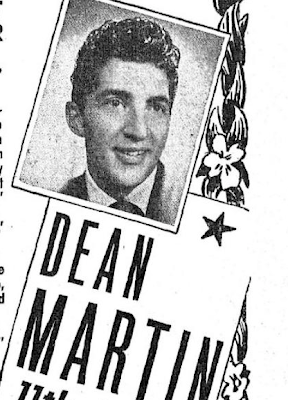