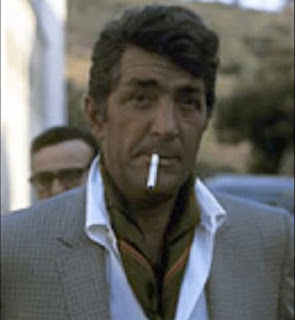 Hey pallies, likes tomorrow is a huge huge day of Dino-remembrance, and we wanna gives all youse Dino-holics an early heads up so that you can prepare to fully fully celebrate this Dino-milestone in all the Dino-glory it so so deserves.  Likes it was on the 22nd of June in the magnificant year of our Dino 1964 that our most beloved Dino released the single of what became his most beloved croon....the tune that our King of Cool is always always associated with....."Everybody Loves Somebody Sometime."  That means dudes that it is the golden anniverary----50-count 'em-50 years since this most golden of golden Dino-croons hit the airwaves!

From the annals of  "Inside the Rock Era" where blogger "Rocketman5000" holds forth comes the news of this most significant musical release of what woulda becomes our Dino's stunnin'ly stellar signature song.
This is the song that soon  powered our Dino to numero uno position on the charts knockin' the Beatles off of that pinnacle of power.

ilovedinomartin thanks "Rocketman5000" for rememberin' this dramatic day in the life, times, and teachin' of our Dino and helpin' his readership to falls more and more in love with our most lovable Dino.  To checks this out in it's original format, simply clicks on the tag of this here Dino-report.  Dino-honorin', DMP

1964:  Dean Martin released the single "Everybody Loves Somebody".
Posted by dino martin peters at 7:36 AM

A TRUE day for the history books!!! Hahaha!!!

Hey pallie, and likes Danny-o...golden anniversary of a croon that was destined to make our great man even a huger star that he was before the release! Keeps lovin' our most beloved Dino!