That photo of Dean Martin is timeless.

Hey pallies, likes his tag is Murphy Karges and he has created one of the most unique bits of homage to our Dino that we have posted in a long long time.  From his self tagged blog pad, "MURPHY KARGES -
I love Music. I love Photography. I intertwine them both here," Mr. Karges has created the post, "Good Photo vs. Bad Photo."

Of, course we are delighted to have Murphy be featurin' a beau-ti-ful al-b-um cover pix of our Dino, and likes ever more delighted that of course he has chosen our most beloved Dino as the "Good Photo," but likes then how coulda anybody pix a Dino-pose as "bad".....just not possible!  Likes as you will read below, Karges compares two al-b-um cover shots of our Dino and Gavin DeGraw and as you will read Dino comes out as the winner!

We thanks Mr. Murphy Karges will this very very unique of liftin' up our King of Cool to his readership, and might we add that we couldn't 'gree more with your findin's!  To checks this out in it's original source, likes simply clicks on the tag of this here Dino-gram.  Dino-ever, always, and only, DMP

I was just skipping through Spotify to find some music to get me inspired and I came across two photos that I have very different emotions for. It was these two photographs of Dean Martin and Gavin DeGraw. Perhaps if I wouldn’t have seen them back to back I would never have considered Gavin’s as a crap photo. But to me it is. The lighting is flat. He’s doing a typical ‘turn around now..’ pose for the photographer and he either looks like he’s about to sneeze or commit a crime. And it has some cliche photoshop textures overlaid. Just kind of a very meh photo. No real emotion is captured. The lighting isn’t interesting. His scarf is perfectly placed and tied around his neck. Technically it’s not a bad photograph. And I’m very aware that there may have been better photos in this session and someone lame could have OK’d this shot. But my guess is that this is one of a series approved for this album or singles and their releases. 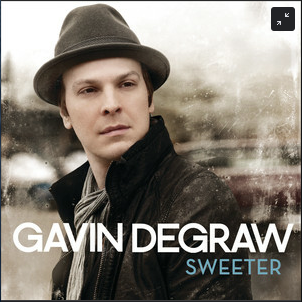 Dean Martin’s photo is a hundred times better. He is doing something he loves. Cutting a record. In the studio. And I like his look. It looks like he is in the middle of listening to something or someone. As if the horn player just nailed his part and Dean is subtly grooving on the quality of the cats playing with him. But basically, he is happy because he is in his medium. Music. Playing it. Recording it. Living it. 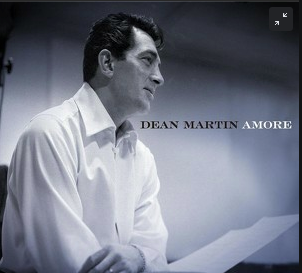 So as photographers, we should remember to keep it simple. Have a say in how you do what you do. Remember that people are best when they are comfortable, and remember to be inspired by bad photos. To learn from them. We should all want to get better and never settle for photos that will not resonate after the campaign for that release has died.

That photo of Dean Martin is timeless.

The one for Gavin DeGraw is not.

But since we can learn from it… it’s not a bad photo after all.
Posted by dino martin peters at 7:10 AM