Hey pallies, likes here's more proof that the Dino-revolution is in likes full Dino-tilt! From the dudes at Amazon comes news that on the first day of this wonderful new Dino-year, the pallies at Sony have released DVD-R versions of two of our most beloved Dino's swingin' sex farces, the 1960 "Who Was That Lady" and the 1968 "How To Save A Marriage (And Ruin Your Life). Both list at the price of $20.95.

But, likes the interestin' thin' pallies is like dudes, these two flicks originally filmed by Columbia Studios (the same pallies who filmed the swingin' Matt Helm spyster quartet) were originally released on DVD as a single disc tagged "The Dean Martin Double Feature." And the single DVD of both Dino-farces is still available at just $14.95 compared to over-$20-a-piece price tag of the films purchased singly.

Likes why would two films originally available on one disc now gets released separately? Can't say for sure dudes, but likes I sees it as a sure sign that our Dino is simply gettin' hotter and hotter with devotees desirin' more and more Dino-treasure. In the last year quite a number of our Dino's lesser known flicks have become available via DVD-R and now the pallies at Sony are simply followin' suit....does makes you wonder if the Matt Helm Lounge set will begin bein' sold as individual units as well.

Below are the DVD covers and info on the two films separately and together. My hunch is that the single disc will probably become harder and harder to acquire as time marches on, so likes if you wanna gets yourself one and save some bucks..go for it now pallies! Dino-reportin', DMP 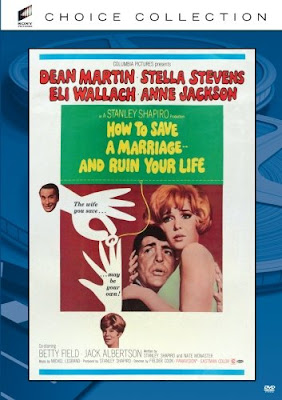 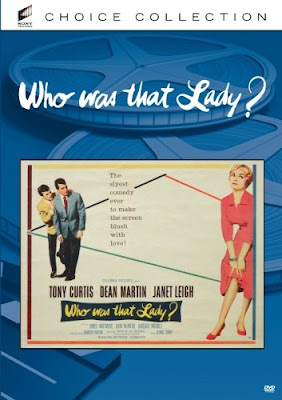 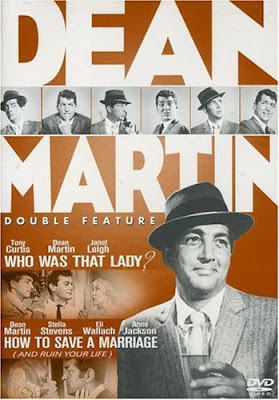